All five British swimmers who won medals on Friday night told incredible tales of toil and triumph, a study in the sheer adversity faced by those who reached this Paralympics.

Having contracted Covid in December and spent a month out of the water, Reece Dunn broke his own S14 200m freestyle world record to win gold.

The 25-year-old got revenge on Brazil’s Gabriel Bandeira, who beat him in Wednesday’s 100m butterfly, and lowered his mark he set in London in 2019 with an incredible 1:52.40.

“I had Covid earlier this year and then I went through a depressive stage and had to see a psychologist,” said Dunn, who swore in his live post-race interview on Channel Four.

“It makes it even more sweet. I’m ecstatic. I felt immense disappointment on Wednesday, it was a tough, hard thing to take. This is the one thing, the one event I’ve been training for the past 12 weeks.

“The world record was the target. I knew it had to be fast, but the tactics, the first three lengths have to be strong and just hang on.”

Five minutes later, there was a British medal double in the women’s equivalent.

Bethany Firth emerged with silver from a ding-dong battle with Russia’s Valeriia Shabalina, a repeat of the 2019 World Championships. The Northern Irish star sustained an ankle injury in 2017 and a shoulder injury in 2019, and on a personal level the road from Rio to defending her 200m title in Tokyo was far from a simple one.

“It was so hard, I gave it all that I had,” said Firth. “I know in time I’ll be able to do it but this time I wasn’t lucky enough. I didn’t think about Rio because that was five years ago and a lot of things have happened.

“My Mum wasn’t very well with cancer, I’ve had injuries and Covid, so it’s been tough, so I’m just glad to be here. Mum is doing really well.”

More than five seconds behind her but resolutely on the podium in the event for a third successive Games was Jessica-Jane Applegate.

Applegate’s build-up to the Games is barely believable, such are the setbacks she faced.

She was involved in two serious car accidents, both driving to training, in May and June and has struggled with ongoing whiplash injuries from the impacts.

The 25-year-old was also unable to train for a year as unlike many of her team-mates, she has chosen to stay at home in Norfolk and not move to a national centre.

“It’s been an insane year for me,” said Applegate, for whom it was a fifth Paralympic medal. “It’s been one thing after another and I’ve really battled with my mental health coming into this Games. There was more than one point where I believed I wouldn’t get here. 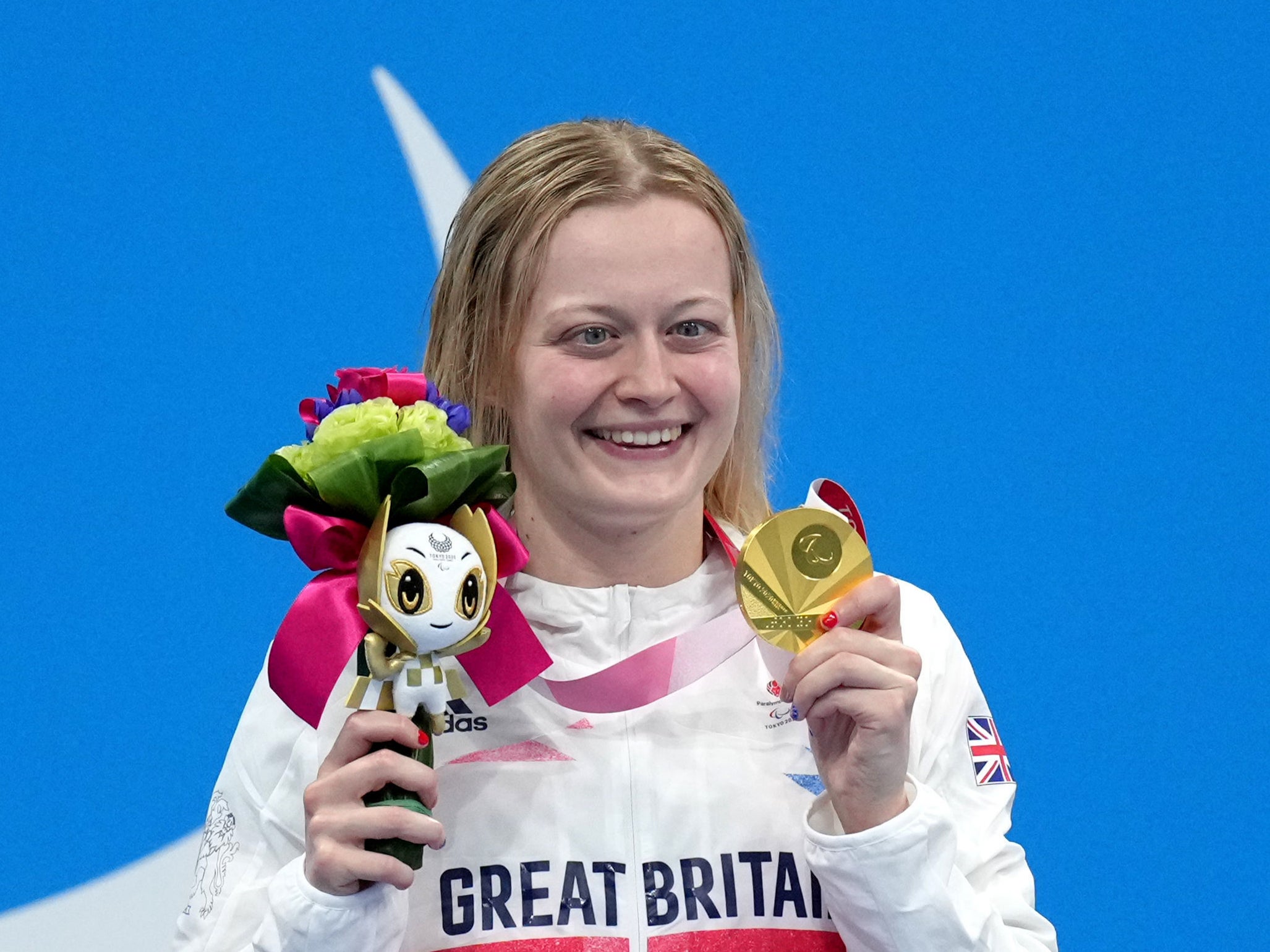 “I came out today just to prove a point, that I’m still here and I’m going to do my best.”

Then there was S12 100m backstroke gold for Hannah Russell, who stepped away from swimming in 2019 having been diagnosed with anxiety and depression.

Russell starting competing internationally at the age of 14 and won gold in world record time at Rio 2016.

But after persistent struggles she took time out, moved back home to Surrey and then got a first in sports science from the University of Salford.

“I’ve been really focusing on getting my fitness back and my mental health is so much better now.”

There was also bronze for Stephen Clegg, who thought his time might never come in the 100m backstroke after finishing fifth in Rio and fourth at the 2019 World Championships.

This time in Tokyo, he broke the British record to reach the podium in 1:01.27.

“The near misses do play on your mind,” he said. “I think it’s helped in a way, it makes you more hungry. I’ve got the monkey off my back now.”

When you hear athletes tell their stories in Tokyo, you hear that all of them are struggling, all of them are fighting fiercely with themselves. They are both comforting and terrifying to hear again and again.

Firth summed it up better than anyone.

“Everyone always focuses on the medals, they never look at the athlete behind that and what they’ve had to overcome to make it,” she said.

“For them, a silver medal isn’t as good as a gold but for me, I went out there and swam my best. I’m so happy with that so I hope everyone else is happy too.”

Sainsbury’s is a proud supporter of ParalympicsGB and a champion of inclusive sport for all. Sainsbury’s commitment to helping customers to eat better has been at the heart of what we do since 1869. For more information on Sainsbury’s visit www.sainsburys.co.uk/ and https://paralympics.org.uk/