Keeper Buffon, 43 next January, is on course for his tenth league title with Juve this season, having already equalling Paolo Maldini's Serie A record of 647 appearances since making his Italian top-flight debut in 1995. 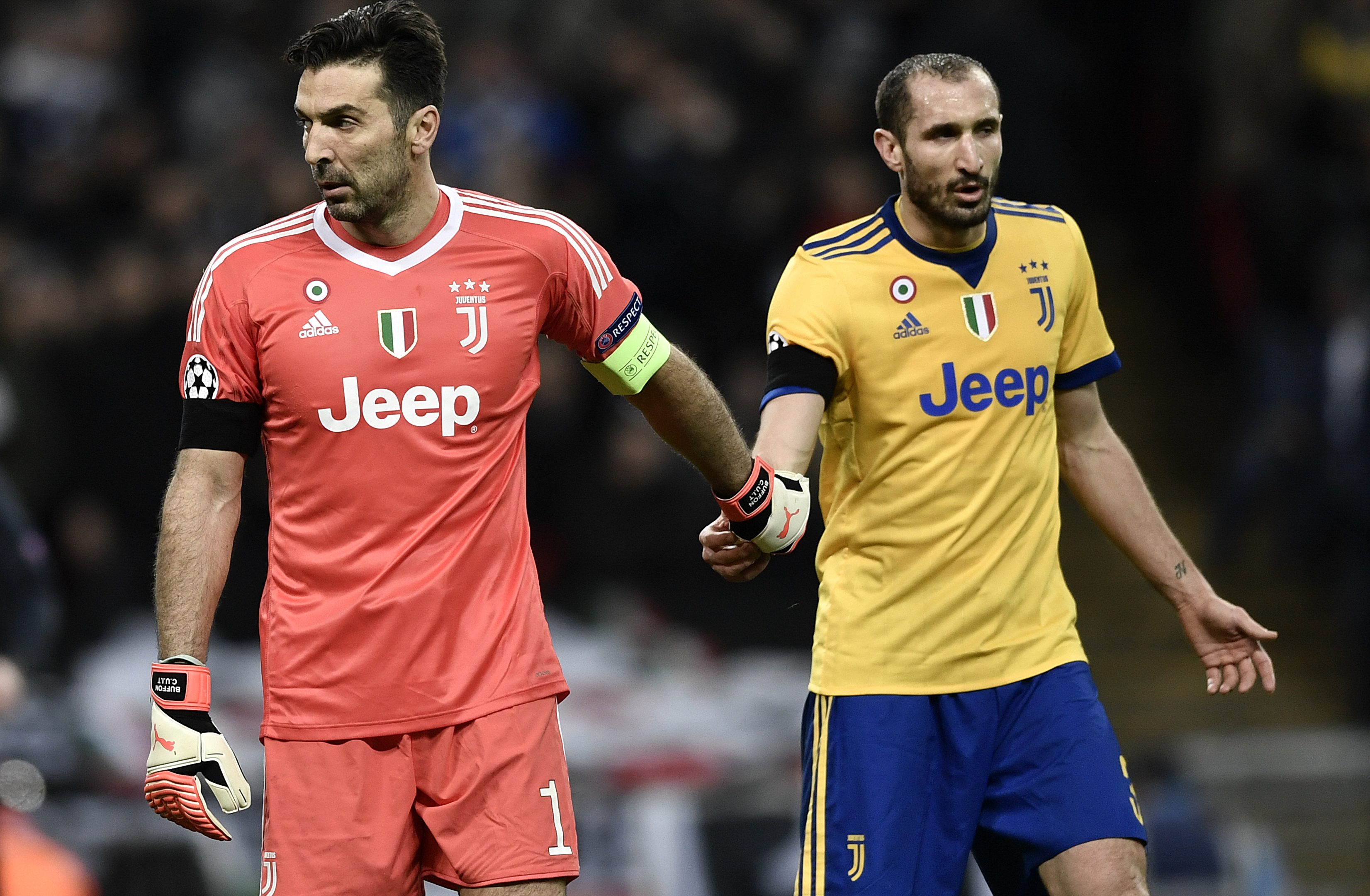 And centre-back Chiellini, who will be 36 in August, remains skipper for both the reigning champs and Italy.

In announcing the deals, a Juventus statement said: "Buffon is in fact the demonstration that age can only be a personal fact…

"Chiellini embodies the fighting and winning spirit, hunger and determination: terms that for Juventus are real mantras."

Buffon's incredible achievements include World Cup glory in 2006 on the way to a record 176 caps for the Azzurri.

But he has never quite lifted the Champions League, despite coming agonisingly close in a history-making 2003.

He became the only keeper to win Uefa's player of the year after Juve lost 3-2 on penalties to AC Milan in the final at Old Trafford following a 0-0 draw.

BUFF UP FOR MORE RECORDS

Buffon is also Juventus' record appearance holder in Serie A on 479, having joined them in 2001 after 168 top-flight matches for Parma.

And just to emphasise the range of eras Buffon has played through, his Serie A debut 25 years ago coincided with Blackburn winning the Premier League, bossed by Kenny Dalglish.

Rovers' then-captain Tim Sherwood and strike spearhead Alan Shearer have both long since moved onto punditry – while Buffon continues ON the pitch.

He rejoined Juve last summer after a year with PSG, albeit now as second-choice stopper behind former Arsenal keeper Wojciech Szczesny.

One landmark that looks teasingly near yet far for Buffon is Marco Ballotta's record as the oldest Champions League player – at 43 years and 252 days.

Meanwhile, Chiellini remains, the defensive regular he has been since arriving from Roma in 2005.

What odds on either or both of these Old Lady greats playing on beyond their new deals?