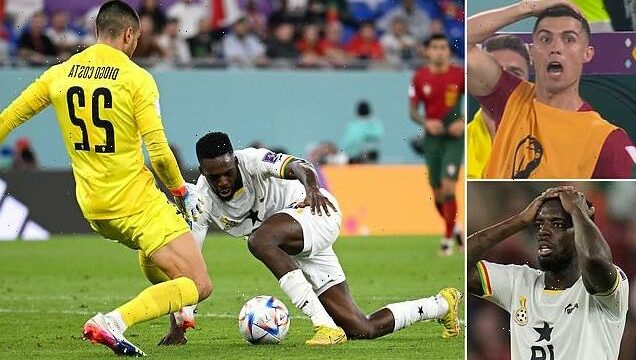 Deep into stoppage time, with the African side trailing Ronaldo’s Portugal 3-2, the Athletic Bilbao forward hid behind goalkeeper Diogo Costa, who had the ball in his hands.

Costa did not check behind him and Williams sneaked up to win the ball when he had rolled it out. 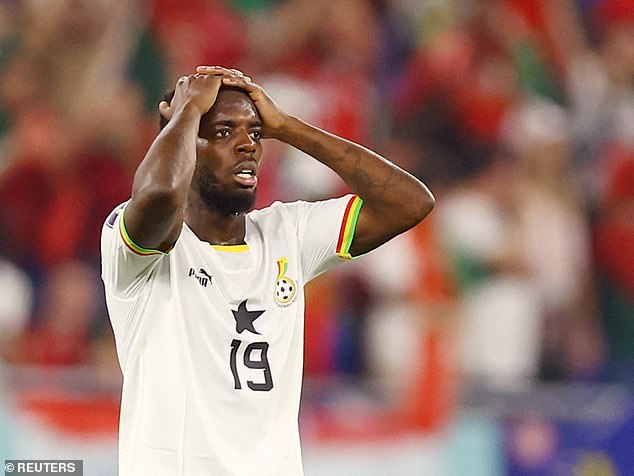 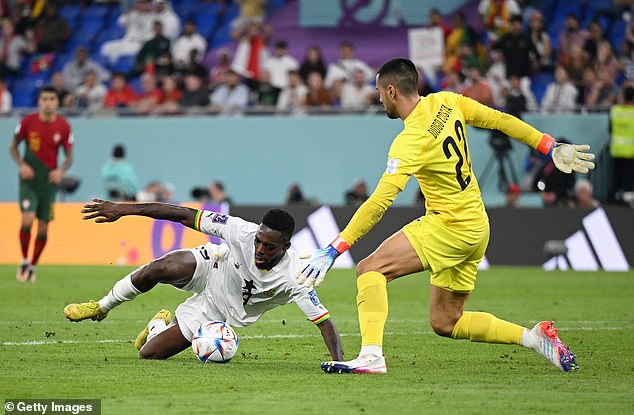 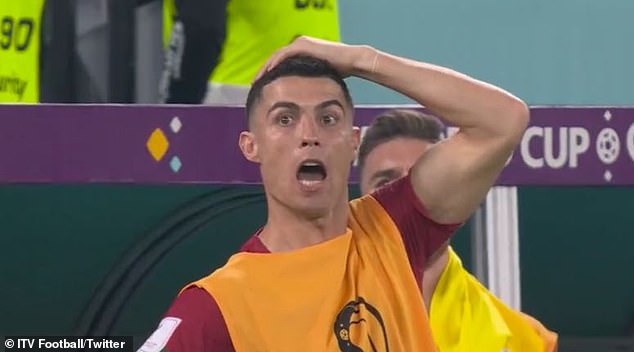 But the 28-year-old slipped at the vital moment and Danilo Pereira cleared off the line as captain Ronaldo put his hand to his head in shock after the lucky escape.

And ITV pundit Joe Cole claimed he could have ‘written himself into World Cup folklore’ had he managed to keep his footing and score a sensational last-gasp leveller.

He said: ‘Extraordinary. He would have written himself into World Cup folklore. That’s the cheekiest of things to do. The goalkeeper Diogo Costa just doesn’t see him. To slip at the final moment…

‘I would just be interested in what his team-mates are going to be saying to him in the dressing room, Diogo Costa. He’ll never make that mistake again – he’s got away with one tonight.’

Fellow pundit Graeme Souness added: ‘I thought goalkeepers always looked over their shoulder. He’s 23, he’ll never do that again! He’ll be looking over both shoulders from now on. 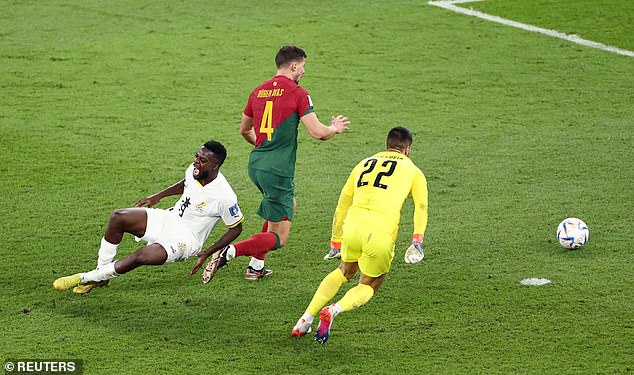 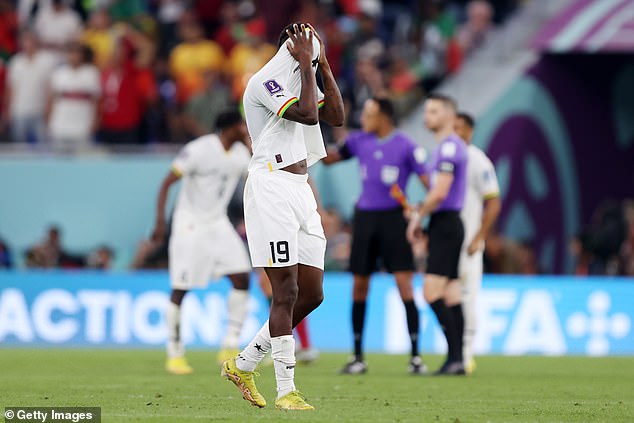 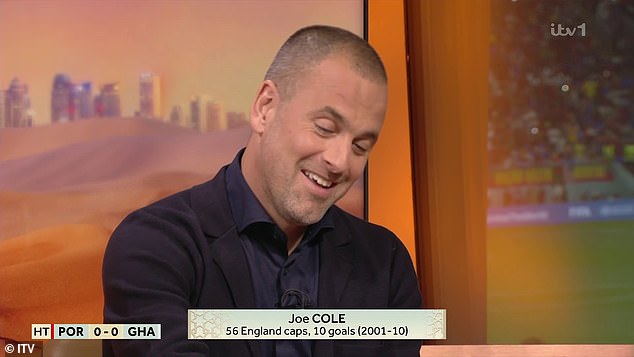 ITV pundit Joe Cole (pictured), formerly of Chelsea, described it as the ‘cheekiest thing to do’

Manchester United icon Roy Keane continued: ‘Very (lucky boy). The striker has been very, very clever. The goalkeeper, you have to be aware – have a look over your shoulder.

‘We’ve seen the best and worst of Portugal tonight. Look at Ronaldo’s face. My goodness. He’s obviously just had a call that Newcastle are in for him! Unbelievable, for such experienced players to be holding on at the end. The good and the bad.’