FRANCE star Kylian Mbappe is among those to send their support to Marcus Rashford after England’s heartbreaking Euro 2020 shootout defeat to Italy.

Rashford, 23, missed a penalty in the final defeat to Italy and was immediately subjected to racist insults online. 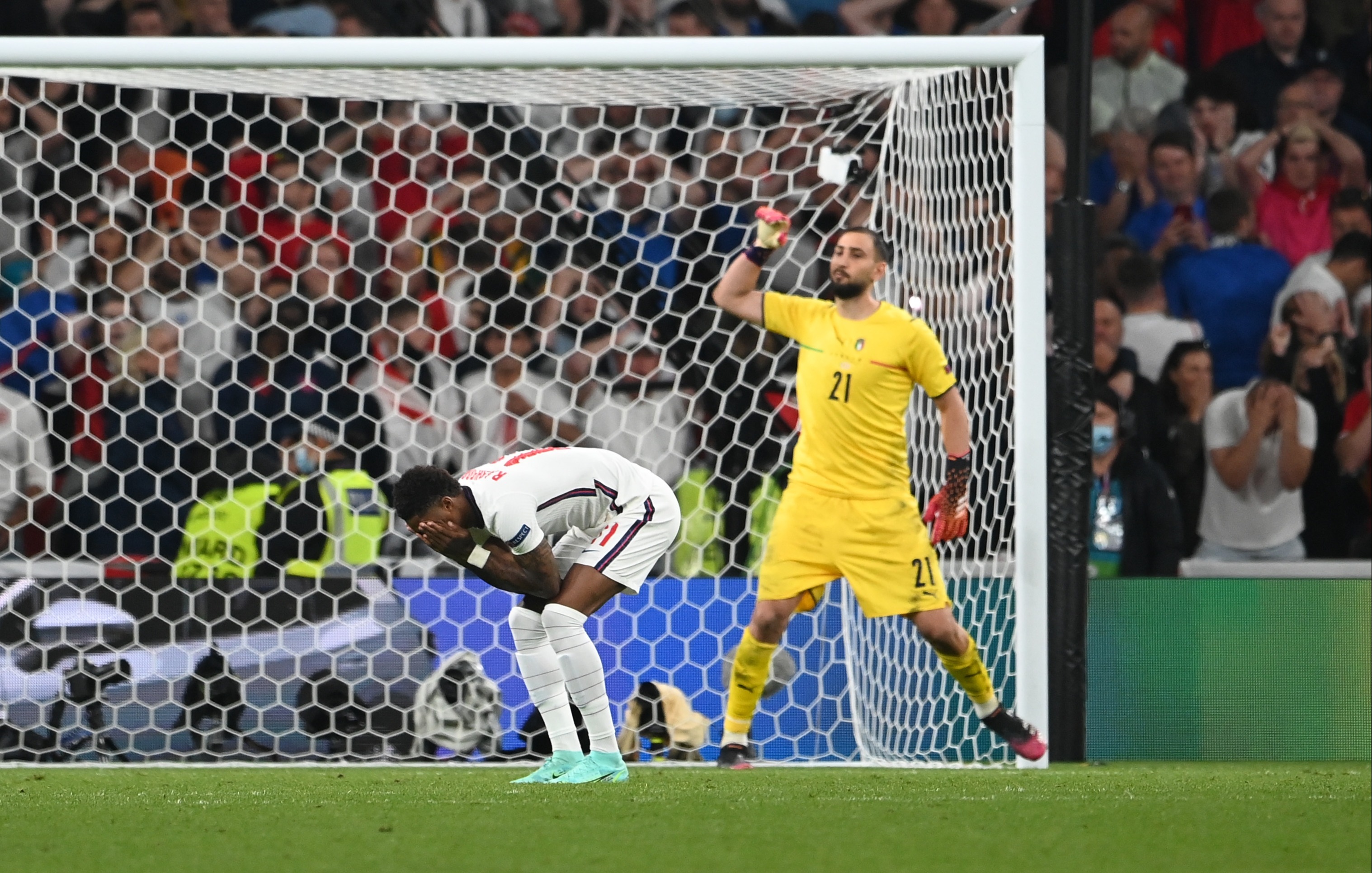 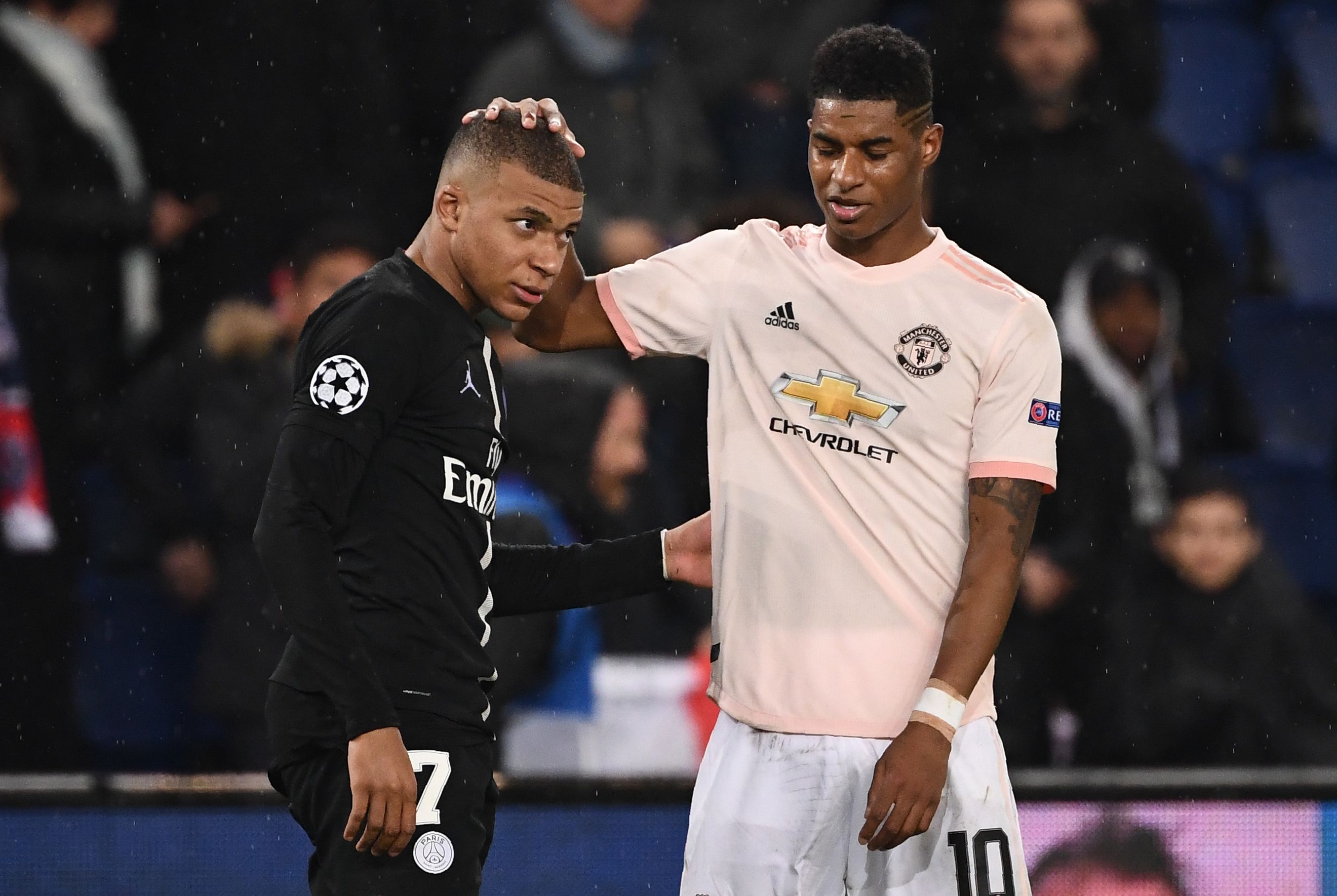 A mural to the Manchester United forward was also vandalised in his hometown of Whitington.

But local residents covered the graffiti with messages of love and support, amid shows of solidarity from Prince William, Lewis Hamilton, and the entire football community.

Rashford was the first of three England players to miss their spot kick when his effort hit the post, with Jadon Sancho and Bukayo Saka then both having their penalties saved by Gianluigi Donnarumma.

Mbappe went through similar agony himself a fortnight ago when he missed a decisive kick for France as they were dumped out of the Euros in the last-16 by Switzerland.

Now he has reached out to the United attacker, according to The Athletic.

They state the Paris Saint-Germain ace was one of the first people to privately message Rashford following his miss.

And the report also claims that Mbappe referenced his miss against Switzerland in his message to Rashford and told the Three Lions man to ‘stay positive’.

Rashford admitted he felt he had ‘let everyone down’ and said the mural set up in Withington had him on the verge of tears.

“I’ve had a difficult season, I think that’s been clear for everyone to see and I probably went into that final with a lack of confidence.

“I’ve always backed myself for a penalty but something didn’t feel quite right. During the run up I was saving myself a bit of time and unfortunately the result was not what I wanted.

“I felt as though I had let my teammates down. I felt as if I’d let everyone down.

“A penalty was all I’d been asked to contribute for the team. I can score penalties in my sleep so why not that one? It’s been playing in my head over and over since I struck the ball and there’s probably not a word to quite describe how it feels.

“Final. 55 years. One penalty. History. All I can say is sorry. I wish it had gone differently.

“Whilst I continue to say sorry I want to shoutout to my teammates. This summer has been one of the best camps I’ve experienced and you’ve all played a role in that. 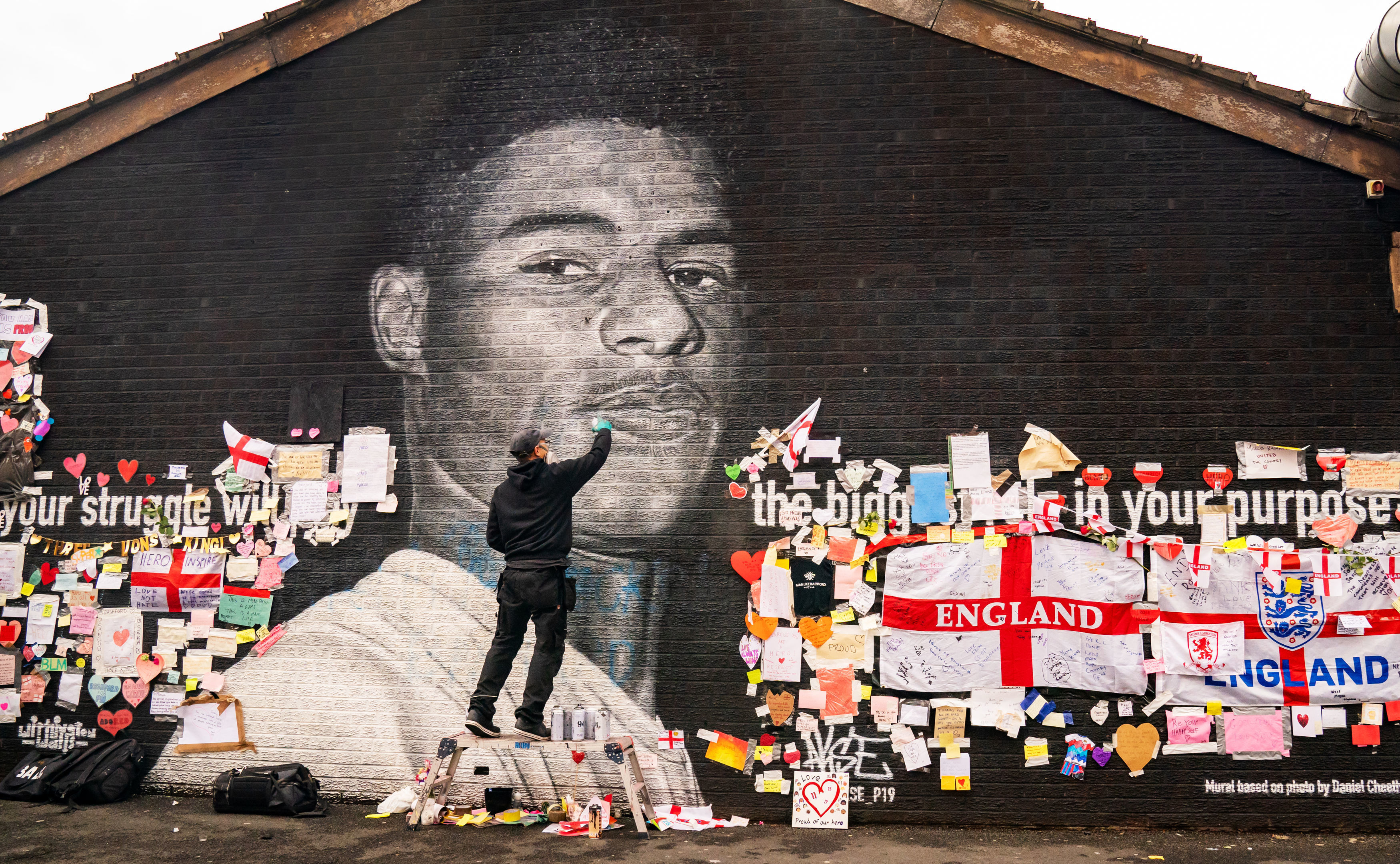 “A brotherhood has been built that is unbreakable. Your success is my success. Your failures are mine.

“I’ve grown into a sport where I expect to read things written about myself. Whether it be the colour of my skin, where I grew up, or, most recently, how I decided to spend my time off the pitch.”

Rashford added: “I can take critique of my performance all day long, my penalty was not good enough, it should have gone in, but I will never apologise for who I am or where I came from.

“I’ve felt no prouder moment than wearing these three lions on my chest and seeing my family cheer me on in a crowd of 10s of thousands. I dreamt of days like this.

“The messages I’ve received today have been positively overwhelming and seeing the response in Withington had me on the verge of tears. The communities that always wrapped their arms around me continue to hold me up.

“I’m Marcus Rashford, 23 years old, black man from Withington and Wythenshawe, South Manchester. If I have nothing else I have that.