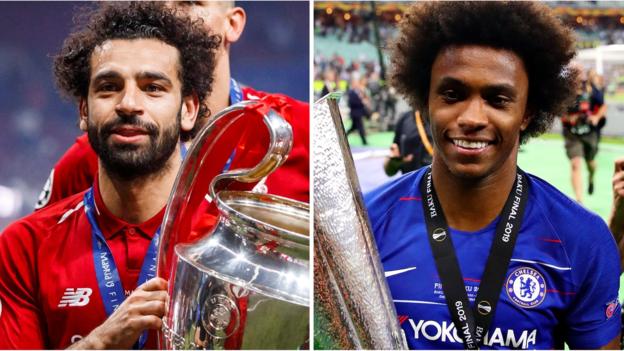 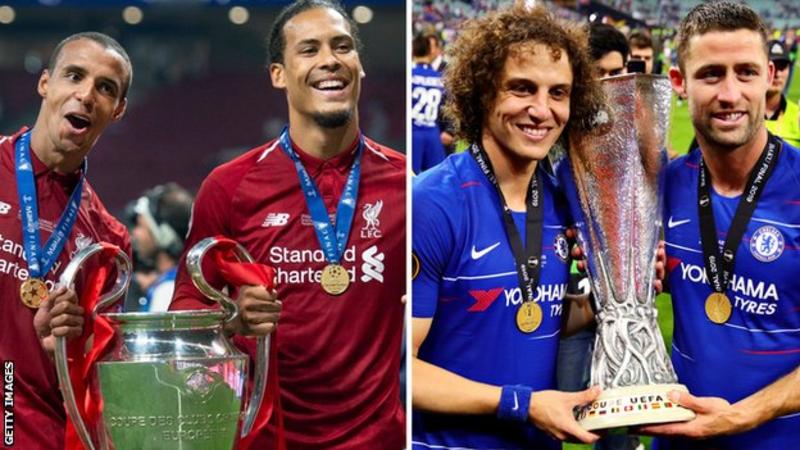 What was intended to be a crucial meeting on the road to major reform in European football ended in Geneva on Tuesday afternoon with vague statements about further talks and deadlines that had been extended for another 18 months.

It was not what the European Clubs’ Association (ECA) had envisaged when they met in Malta this summer. Then, they hoped, this week they would be finalising changes that could be passed on to Uefa for rubber stamping ahead of their inception in 2024.

The measure of the difficulties ECA chairman Andrea Agnelli and his executive are facing was emphasised in conversations away from their main press conference. The tone differed slightly depending on who was speaking but the overall message was roughly the same. Forget Plan A. Plan B is required but, at this stage, no-one is entirely sure what that should be.

Agnelli tried to manage the situation but the Juventus chairman, normally so relaxed, had no definitive answers.

It was all rather unsatisfactory and a 35-minute closing press conference came to a fittingly terse end when Agnelli was asked if it was true he had asked the domestic leagues for a reduction in the number of teams who play in them.

“No, no,” he said, climbing to his feet, before replying ‘no’ again when asked if he had ever mentioned it.

What is the problem?

Agnelli and the ECA believe an overwhelming majority of their member clubs want major reform of European competition.

The initial proposal was for three competitions, each with group stages containing four groups of eight clubs, guaranteeing 14 games. Additionally, the idea was to have promotion and relegation between the different competitions.

It was never made clear where the additional match dates – eight more than the current system – would come from. However, it was envisaged the changes would generate greater TV income and extend European competition, both in terms of the number of clubs involved and the games they played.

Immediately, some powerful voices declared their opposition. The Premier League clubs released their own collective statement, and individual clubs made their feelings known.

ECA staff have spent the past three months trying to find common ground that would allow the formulation of a plan that could be taken forward. It has become increasingly obvious this is virtually impossible.

“The proposal is in the interests of all and it is a good proposal,” said Agnelli. “Will it be the one that arrives first at the finishing line? It might not be.” 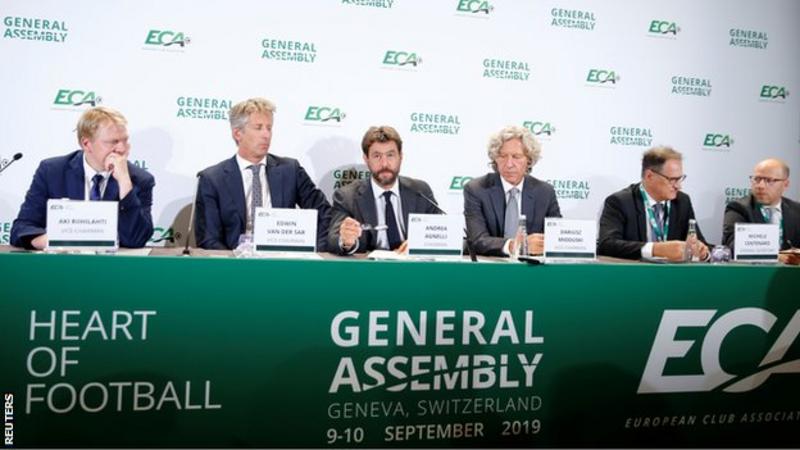 Although no-one said it publicly, in private, the blame for the current impasse is being attributed to Europe’s big five leagues, from England, Spain, Italy, France and Germany.

The feeling is those leagues are more concerned about protecting their lucrative domestic TV markets from any erosion caused by the expansion of the European game, than they are about the betterment of the continent as a whole.

One club executive from a large middle-ranking country told BBC Sport he had no issue with England’s biggest clubs, nor, grudgingly, the Premier League as a whole given its competitiveness and historic global attraction. However, he questioned why Italy’s sixth best club should benefit from huge additional TV revenues, some of which came from his own country, while the finances of his own club were reducing.

“The less attractive we are, the fewer people want to come to our games and the quicker our players want to leave for clubs in other countries,” he said.

It is the self-centred interests of those big leagues Edwin van der Sar was talking about when the former Netherlands and Manchester United goalkeeper, now building an impressive reputation as chief executive at Ajax, was talking about when he said of the past three months: “There has been lots of proposals and feedback from different stakeholders – some relevant, some irrelevant and untrue, which is strange.”

“At the top, some things need tweaking,” said former Crystal Palace midfielder Aki Riihalahti, now chief executive at Finland’s most famous team HJK Helsinki. “At the other end, I have rarely seen such agreement. Change is needed.”

The problem is the initial proposals were announced with such fanfare, an element of wariness has been introduced within the process of knocking them back.

Despite numerous sources saying that initial idea is ‘dead’, at least one delegate in Switzerland has taken a view that he will not believe an idea he felt would have ‘disastrous’ consequences for the domestic league his club plays in has gone away, until an alternative plan has been imposed.

Suggestions that have been floated around the edges of conversations in Geneva this week have included a return for the second group phase of the Champions League, which was abolished after four seasons in 2003.

Such ideas will either be taken on board or discarded, with Agnelli saying the concrete deadline for change is 2022 as that is when Uefa must go into the market for the TV rights cycle that runs from 2024.

The odds now are on a collection of smaller changes, taking place over a longer period time, to revise the European football landscape, although Agnelli did warn clubs not everyone needed to be on board before proposals were put to Uefa.

“We will not get beyond an 80% satisfaction rate,” he said.

“You have to remember, the ECA is there to safeguard the promotion of football across all European countries, not just a few who have been a bit more vocal in recent months.”