BLOODIED Sam Underhill was forced off with a gushing Halloween horror injury as England nailed a 34-5 victory in Italy.

The flanker's face and shirt looked more like a gruesome costume for a seasonal party after he clattered into Edoardo Padovan at the same time England debutant Jonny Hill also whacked the Italian wing. 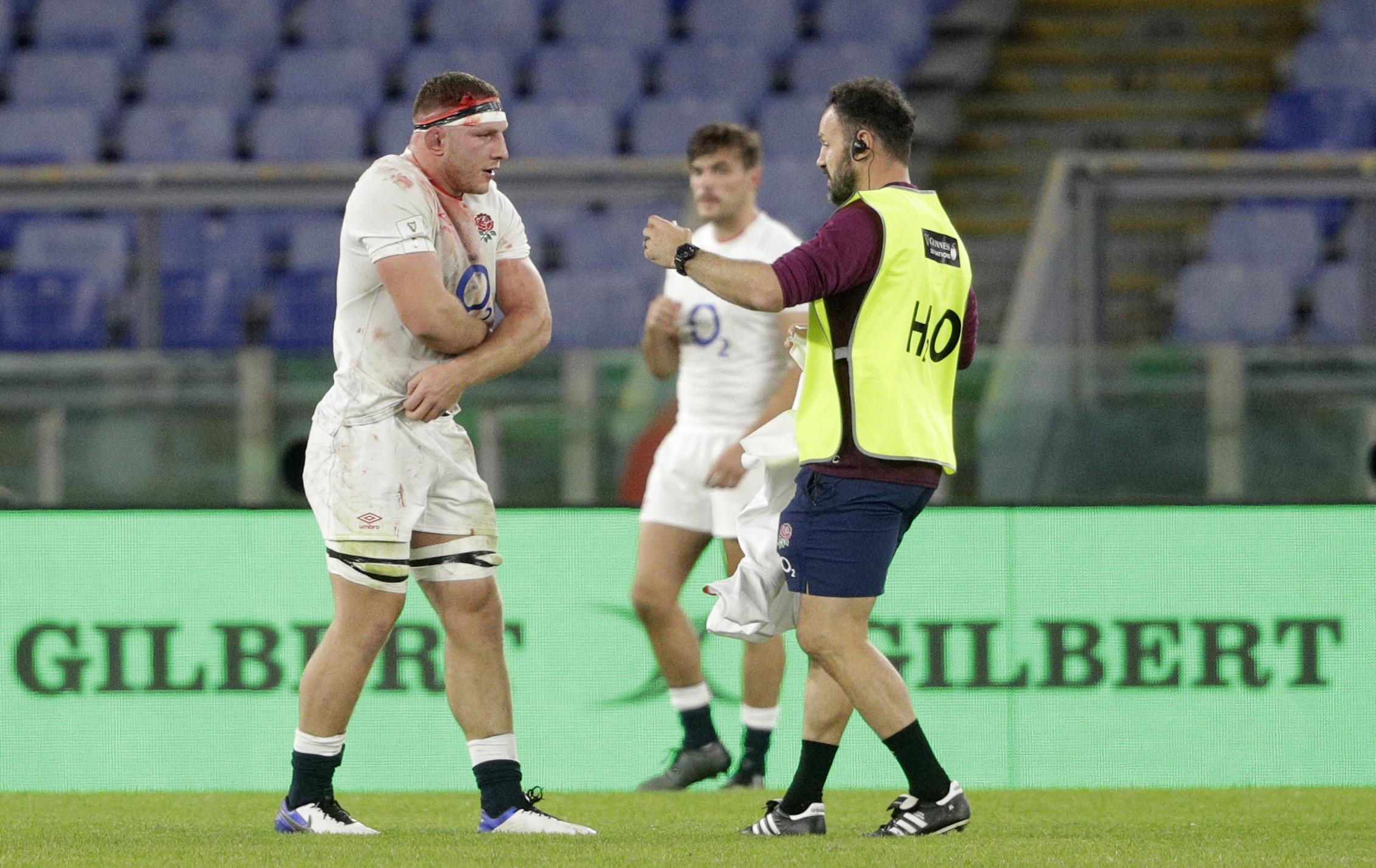 After that shock and gore, England struggled to only a 10-5 interval lead.

But a spirited second-half secured a five-try, bonus-point victory to put pressure on title rivals Ireland in the Six Nations finale away to France.

But although there were quite a few tricks in the Red Rose build-up play there were not enough treats, considering the number of chances they created.

That left the Irish with more than a ghost of a chance – needing to beat the French by seven points to lift the crown.