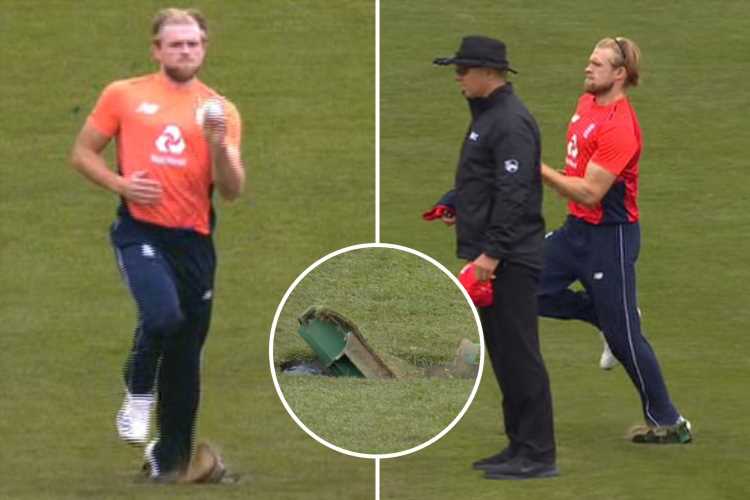 DAVID WILLEY was a lucky boy after he walked away from a worrying slip on a drain cover that broke as he ran to the crease.

Fans were left equally bewildered and unhappy at how such an incident was allowed to happen at Cardiff's Sophia Gardens. 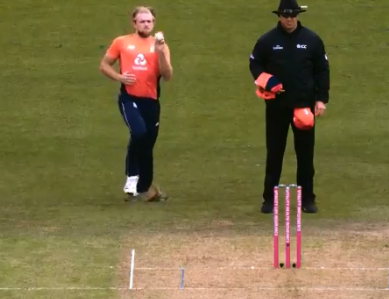 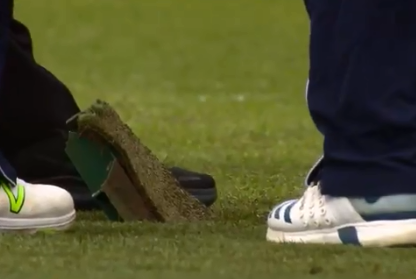 England's Twenty20 international with Pakistan had only been underway for a few minutes when fast bowler Willey trod on the cover as he raced in for a delivery.

Knocked off balance as it gave away, the 29-year-old was unable to complete his delivery and a dead ball was called by the umpire.

Subsequent time was spent on ground staff repairing the cover in an embarrassing start to the T20.

Pakistan took on England in Cardiff on Sunday in a one-off T20 before a five-game ODI series to warm up for the World Cup.

Willey's worrying moment led to many fans questioning just how bad it could have been. 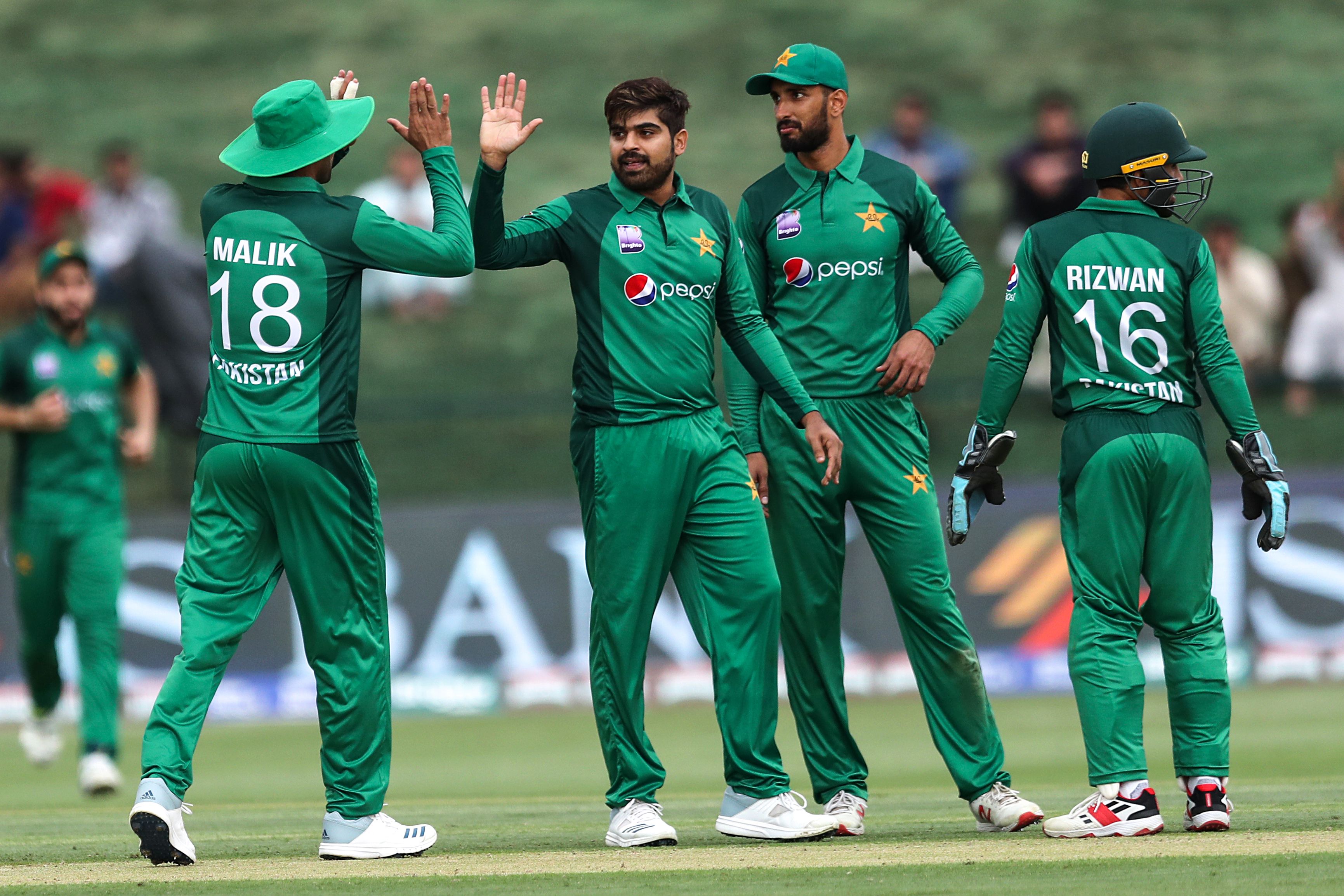 "That could have majorly injured him just in time for the World Cup!" Twitter user Mae commented.

Another, Nick, said: "Whose bright idea was it to put a manmade sinkhole in the middle of a fast bowler's run-up?"

Yorkshire bowler Willey did carry on without issue, but was overshadowed by T20 debutant Jofra Archer taking his first England wicket in just the fifth over. 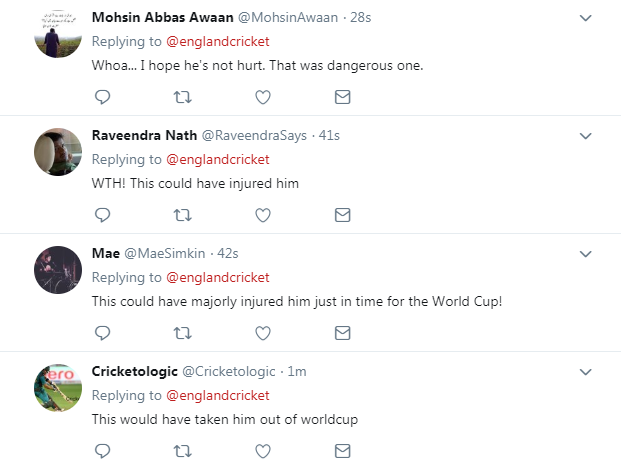