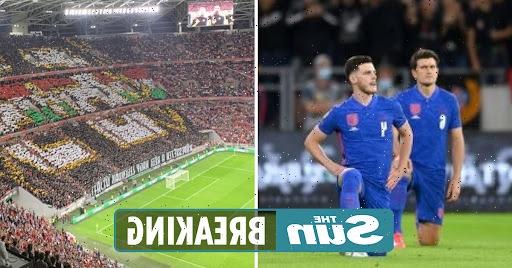 ENGLAND players were booed as they took the knee before their World Cup qualifier against Hungary on Wednesday evening.

A large section of supporters jeered Gareth Southgate's side as they made a stand against racism in Budapest. 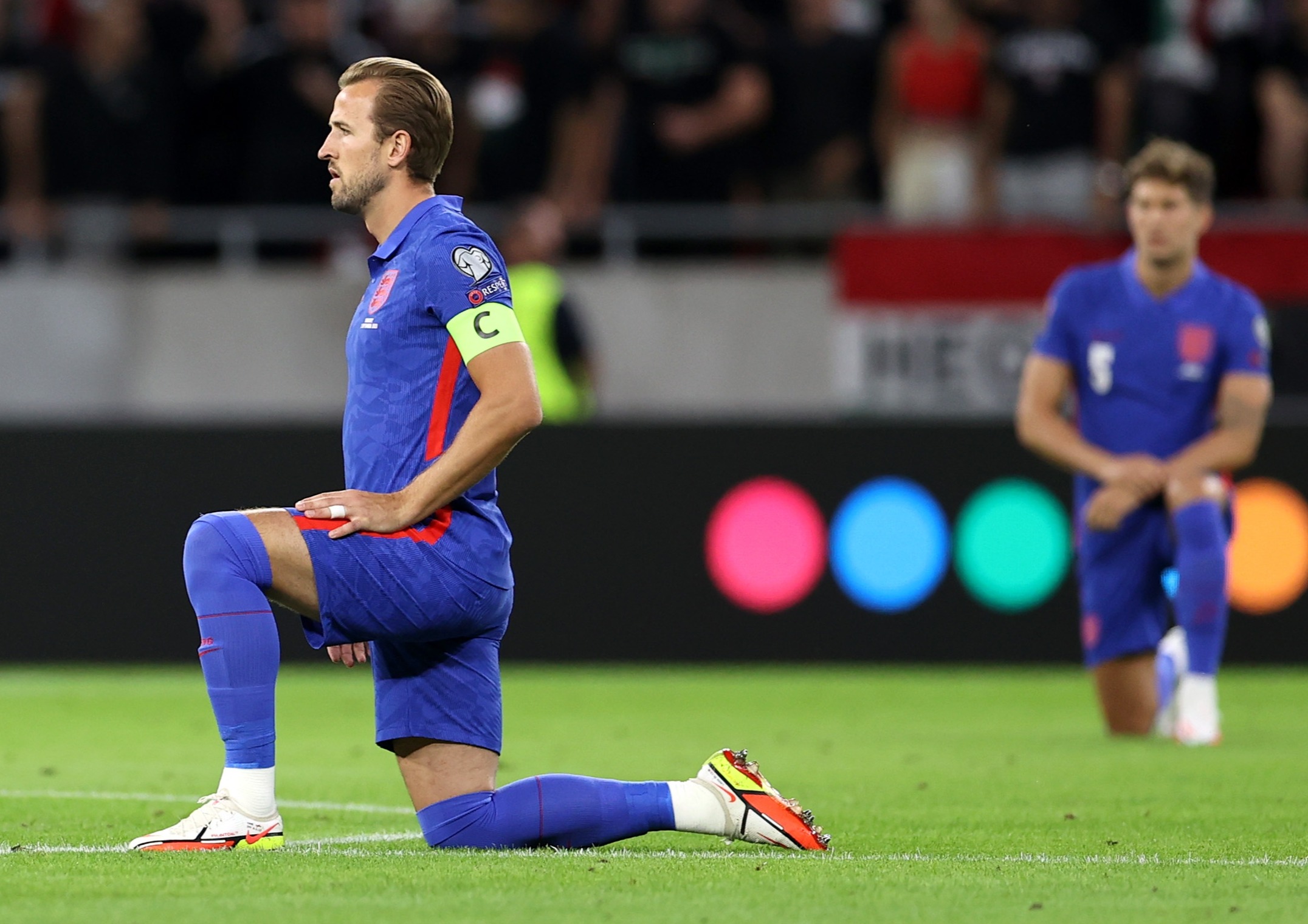 There were fears England players would be booed for taking the knee after Uefa ordered Hungary to play three games behind closed doors.

That punishment was given after Hungarian fans were heard chanting horrific racist abuse at Euro 2020.

Disgraceful homophobic banners were also seen around the Puskas Arena in Budapest during the tournament.

Hungary's lenient penalty is only applicable in Uefa tournaments and two of those behind-closed-doors games are suspended for two years.

The Hungarian Football Federations was also fined a measly €100,000 – around £86k – for their fans' ugly actions.

Republic of Ireland players were also booed by Hungarian supporters in Budapest for taking the knee during their friendly in June.

Hungary manager Marco Rossi vowed before the match to stand by any action taken by England players during the World Cup qualifier.

But his players chose NOT to take the knee in solidarity with their English counterparts.

Hungarian FA president Sandor Csanyi asked supporters not to make any racist, homophobic or discriminatory chants during the game.

Csanyi wrote in the match programme: "It is also important that the team's unbeaten run so far in this FIFA qualifying campaign is not overshadowed by anything else.

"And that the loud noises produced inside the arena is full of encouragement for our national team rather than containing any racist, discriminatory or homophobic chants."

Speaking before the match, England star Kalvin Phillips said: "We'll carry on taking the knee because it's important for us, important for our country and to fight racial abuse."