ENGLAND crumbled to a crushing defeat in the Fourth Test as they were brushed aside for just 135 all out in their second innings.

Joe Root’s team looked shot to pieces, devoid of every last drop of confidence and technical knowledge of how to resist India’s spin bowlers. 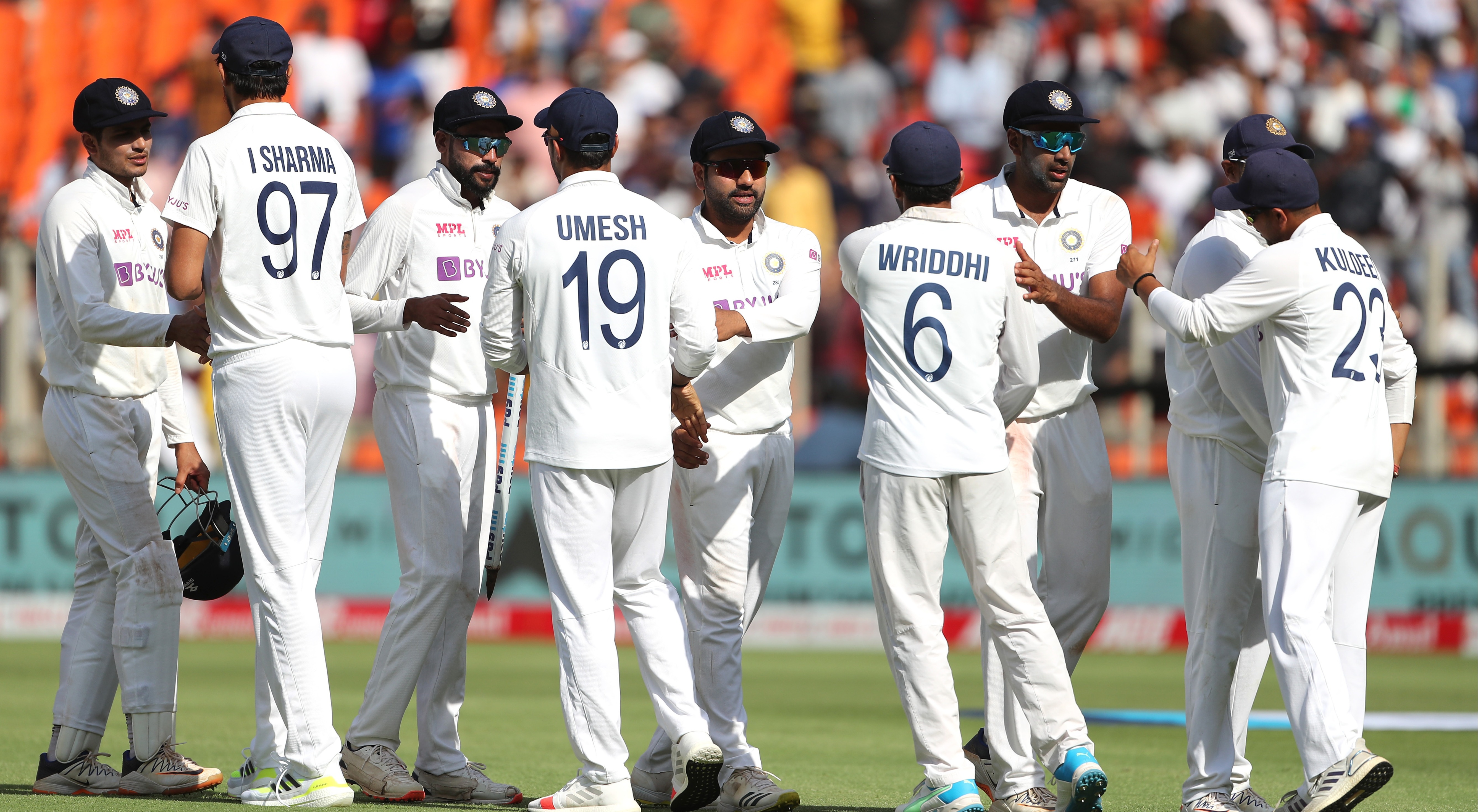 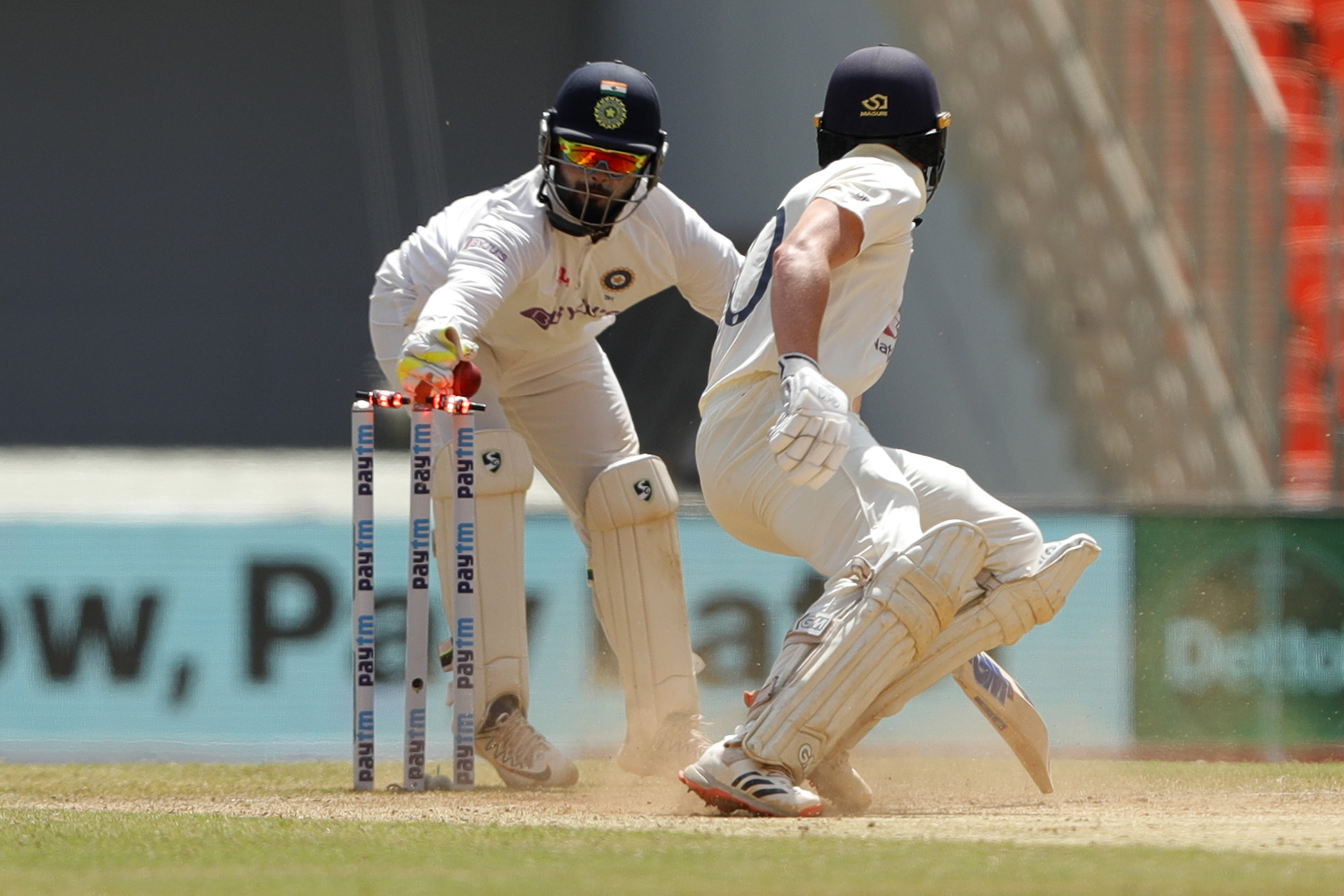 The margin of defeat was an innings and 25 runs and India won the series 3-1.

Right now, it is a wonder how England managed to win the First Test of the series. It seems a heck of a long time ago.

England’s batsmen tried to be more positive and aggressive against Axar Patel and Ravi Ashwin but the result was the same – a clatter of wickets. India’s two spinners harvested five more wickets each.

Dan Lawrence did his cause some good with a half-century but most of his colleagues either did not possess the defensive skills to stay in or chose the wrong ball or the wrong shot with which to try to attack.

England have now been bowled out for fewer than 200 in six of their last seven innings. The exception was the first innings of the Fourth Test, when they scraped their way to 205 all out.

The grim truth is that this latest collapse came as no surprise. It was expected.

England have been in a restrictive bubble for more than two months in Sri Lanka and India. Some players have flown home for a rest and then returned and expected to recapture form and fluency after another spell of self-isolation.

Take Jonny Bairstow. He looked in decent nick in Sri Lanka but, on returning to India, he has registered three ducks in his four innings. It might be the last time he plays Test cricket.

BET OF THE DAY: GET £60 IN FREE BETS BY BETTING £10 ON RACE ONE AT DONCASTER THIS SATURDAY 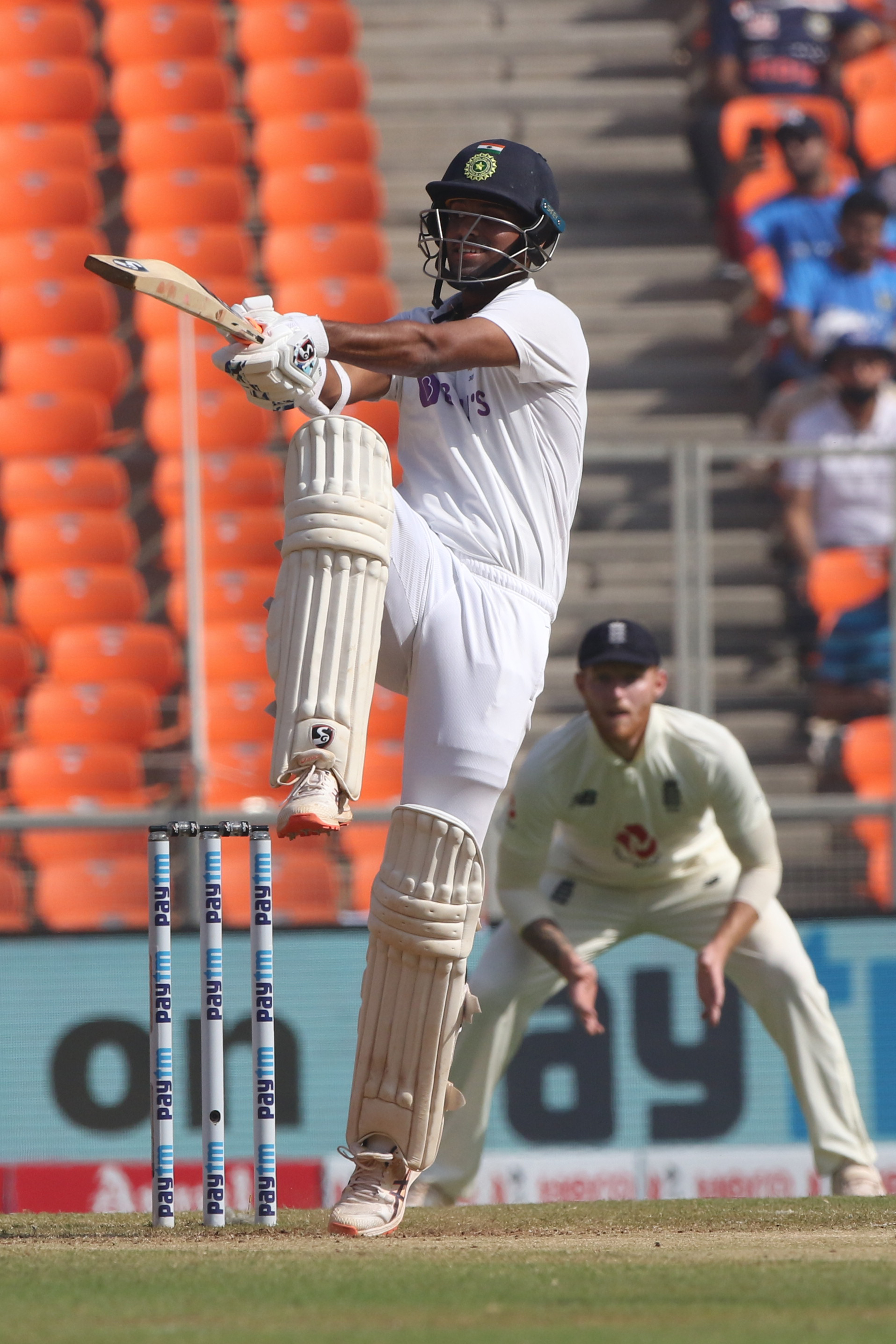 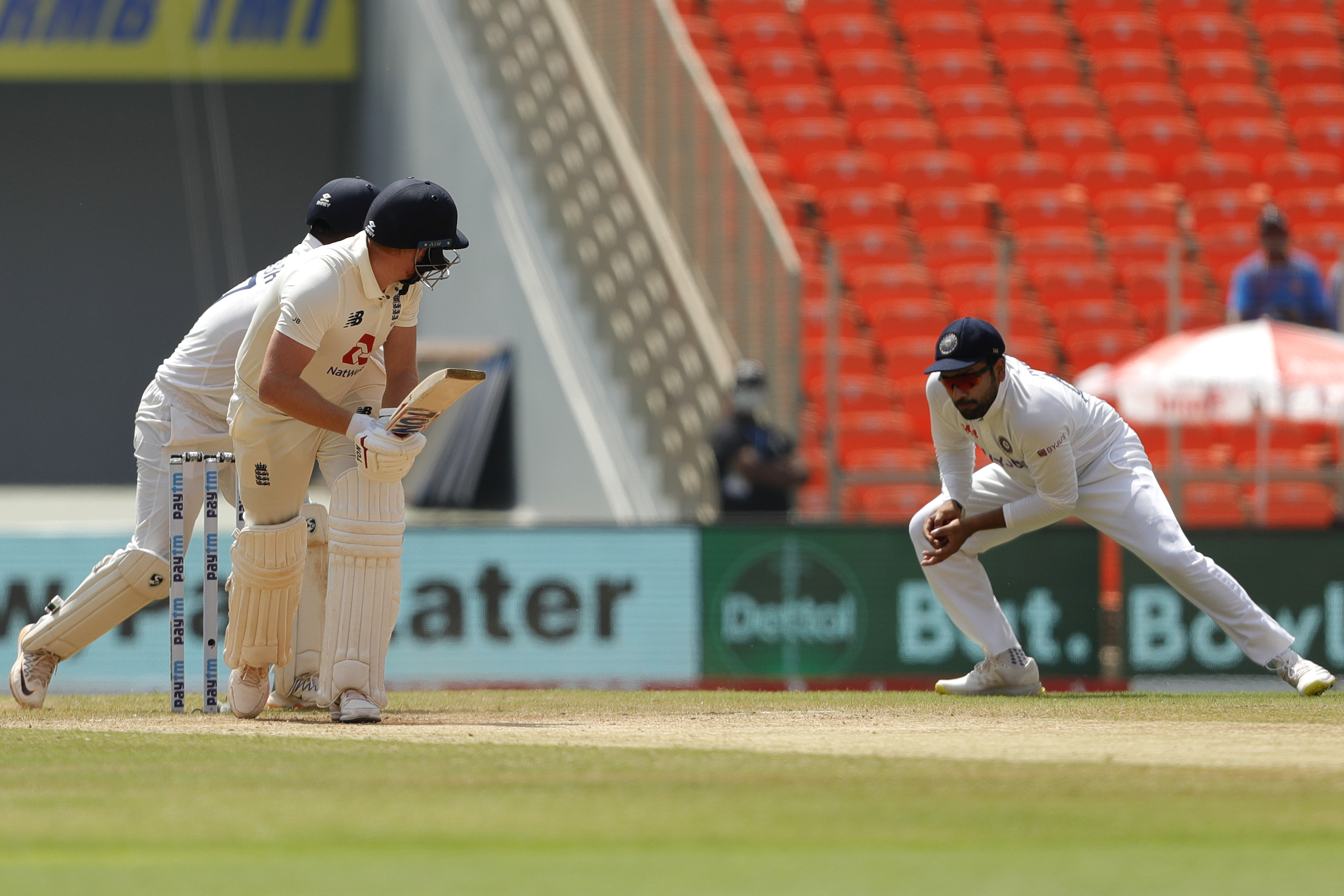 This policy – coupled with mis-reading the pitch – means England have not fielded their strongest team for the past three matches. They have been thrashed in all of them.

The overall leger of this tour is – played six, won three, lost three. That is not an absolute disaster – but the issue is that England have got worse rather than better.

Few of the younger batsmen have enhanced their reputations. Let’s hope the likes of Dom Sibley, Zak Crawley, Ollie Pope and Lawrence learn from these experiences and so, too, Rory Burns, who was dropped after the Second Test.

England began their second innings 160 runs behind and were soon in desperate trouble.

Crawley nicked a ball from Ashwin to slip – the first time in eight innings this winter that Crawley has not fallen to a left-arm spinner.

Then Bairstow turned his first ball straight to leg slip. A soft dismissal. That’s three ducks in four innings in the series for Bairstow and six ducks in his last nine innings against India.

England’s No.3s have registered four ducks in this series – Lawrence one and Bairstow three – and that has never happened before. 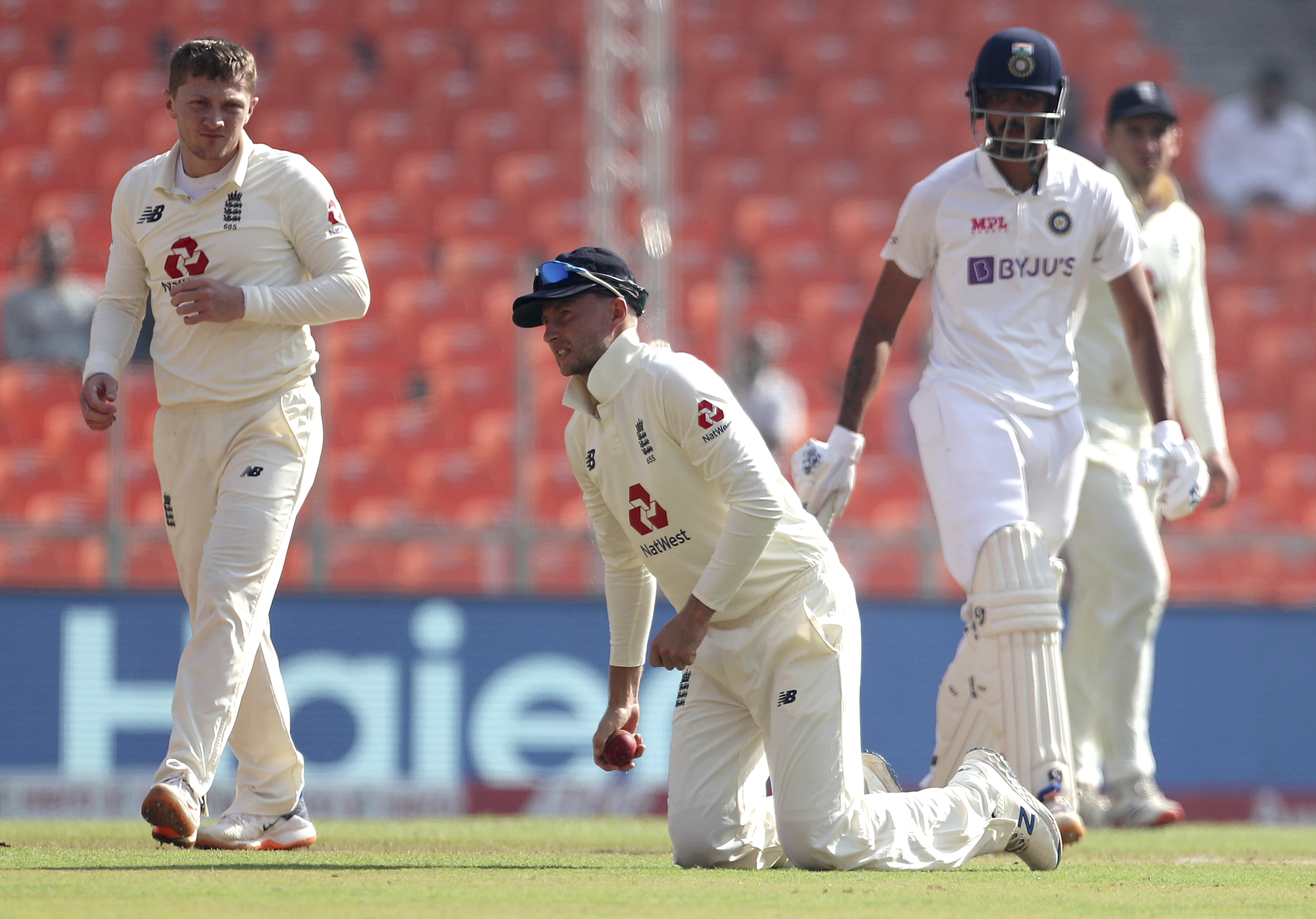 Sibley swept hard against Patel and the ball bounced off Shubman Gill’s left knee and lobbed up into wicketkeeper Rishabh Pant’s gloves.

I’ve always had a bit of an issue with batsmen being caught via a fielder’s protective equipment and the ball surely would not have rebounded to Pant if it had struck flesh and bone rather than the bulky pad Gill was wearing beneath his trousers.

So Sibley can count himself unlucky.

Ben Stokes, probably shattered from his efforts with the ball and his dose of Delhi Belly, attempted a paddle sweep and guided the ball straight to backward short leg.

Pope was anxiety personified, hopping and jumping around and coming up with a weird variety of shots. He finally perished charging down the pitch, missing and being sharply stumped by Pant.

When Root was lbw on the back foot, England’s last chance of setting India any sort of target disappeared.

Lawrence and Ben Foakes put on 44 for the seventh wicket with relative comfort as the ball became softer. But then Foakes edged Axar to Rahane at slip. The fielder seemed unsure, but replay showed the ball carried comfortably.

Dom Bess was caught behind attempting a slog and gave Axar another five-for. Jack Leach was snaffled at slip at Lawrence was last out, attempting a big hit.

Earlier, Washington Sundar looked destined for a maiden Test century when he reached 96 not out with India having three first innings wickets intact.

But then Axar was run out after being sent back and Stokes removed Ishant Sharma and Mohammed Siraj in the same over. Sundar was stranded four short of his hundred.