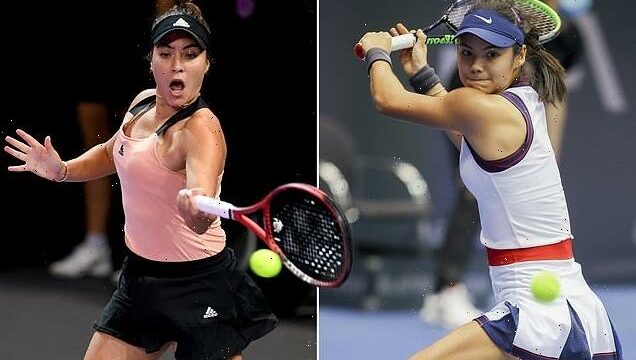 Emma’s coming home! US Open hero Raducanu will face Romania’s Elena-Gabriela Ruse at the Royal Albert Hall next Sunday in her first match back on British soil after American triumph

US Open champion Emma Raducanu will round out her stellar year by taking on Romanian Elena-Gabriela Ruse in an exhibition match later this month in London, organisers announced on Tuesday.

The Brit’s competitive season is over for the year after she crashed out of the Linz Open last week and her preparations for the 2022 Australian Open are underway but Raducanu will make an appearance at the Royal Albert Hall on November 28.

The 19-year-old became the first qualifier to win a major when she triumphed at Flushing Meadows in September. 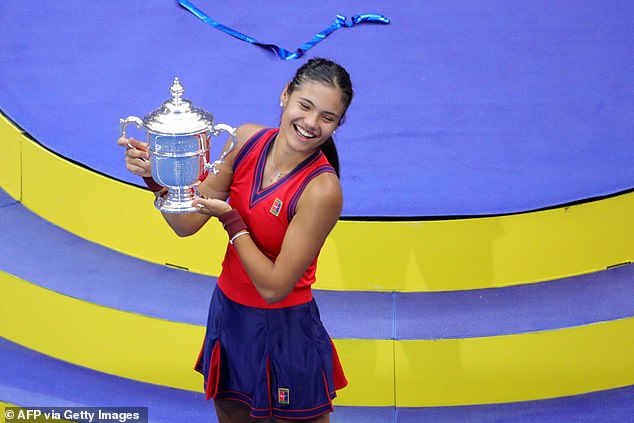 Following her remarkable breakthrough season that saw her rise to stardom at Wimbledon, several exhibition events battled to snap Raducanu up for the off-season.

The Champion Tennis event, held at the Royal Albert Hall, confirmed the major winner will feature in the weekend later this month.

Raducanu will take on WTA No 83 Ruse, who she played in practice sessions at last month’s Transylvania Open. 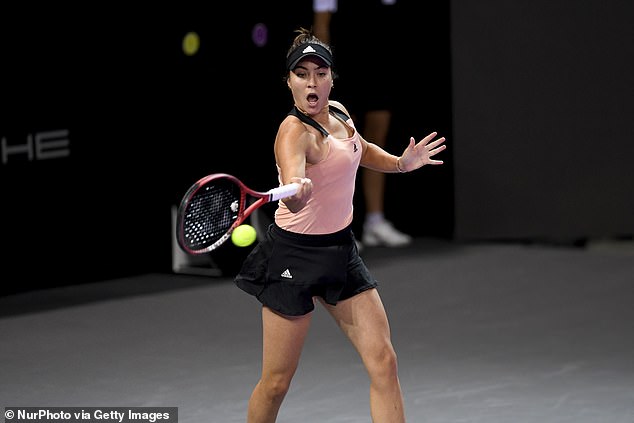 It will be the first time the pair have played each other in a match but they are said to have a good relationship since Ruse first became aware of Raducanu’s potential in 2018.

In summer, the Romanian admitted she would like to play doubles with Raducanu.

‘Unfortunately we didn’t get it, so I asked Emma if she wants to play doubles with me,’ Ruse said, via The Express.

‘She was really funny and she told me: ‘I’m sorry Gabi, I can’t play doubles.’

‘We started to be friends, she’s a nice person. I enjoy the time with her so much. She is speaking really good Romanian but she’s so shy to do it.’ 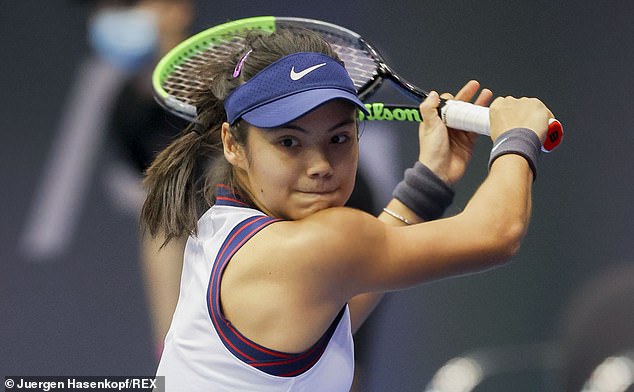 Romanian journalist Andrei Nourescu announced the match on Instagram, as he wrote: ‘The final details with Emma’s team and with the organizers from IMG are now settled and we can confirm the big event.

‘Emma Răducanu and Gabriela Ruse will play an exhibition match on November 28 in London, in an iconic venue: The Royal Albert Hall!

‘It will be Emma Răducanu’s first appearance on court in front of the British public after winning the US Open trophy.

‘It will be the first time when Gabriela Ruse and Emma Raducanu  will be opponents in a match, even if only a demo one, both playing together only in practice sessions, so far. 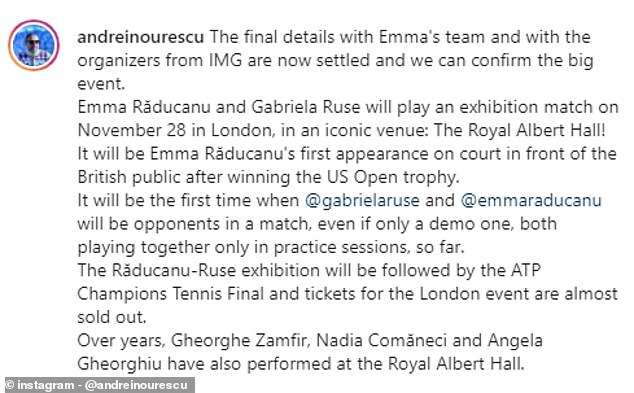 ‘The Răducanu-Ruse exhibition will be followed by the ATP Champions Tennis Final and tickets for the London event are almost sold out.

Raducanu has enjoyed mixed fortunes on the tour since her Grand Slam triumph, losing early at Indian Wells and going out in the quarter-finals in Romania before being beaten in the first round of the Linz Open last week by Wang Xiyu.

The youngster, who has Chinese and Romanian heritage, heads into the Champions Tennis event at London’s Royal Albert under new coach Torben Beltz, having appointed the German last week.

Hamburg-based Beltz received a reminder that the youngster is still a work in progress after she crashed out of the Linz Open to 106th-ranked Wang 1-6, 7-6 (0), 5-7. 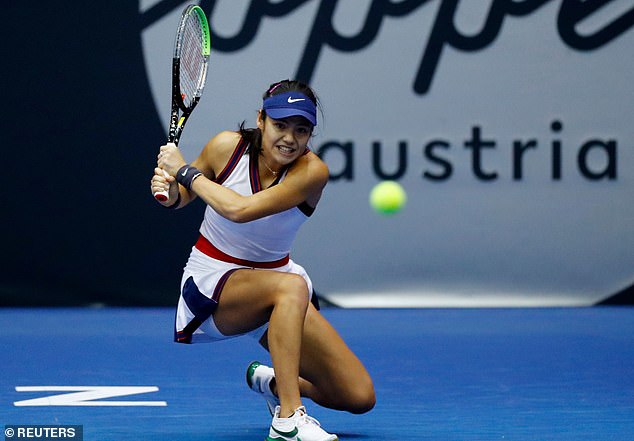