EMMA RADUCANU kissed the US Open trophy after storming to a sensational Grand Slam win.

The 18-year-old swapped her tennis gear for a glitzy black dress to celebrate one of Britain's best EVER sporting victories. 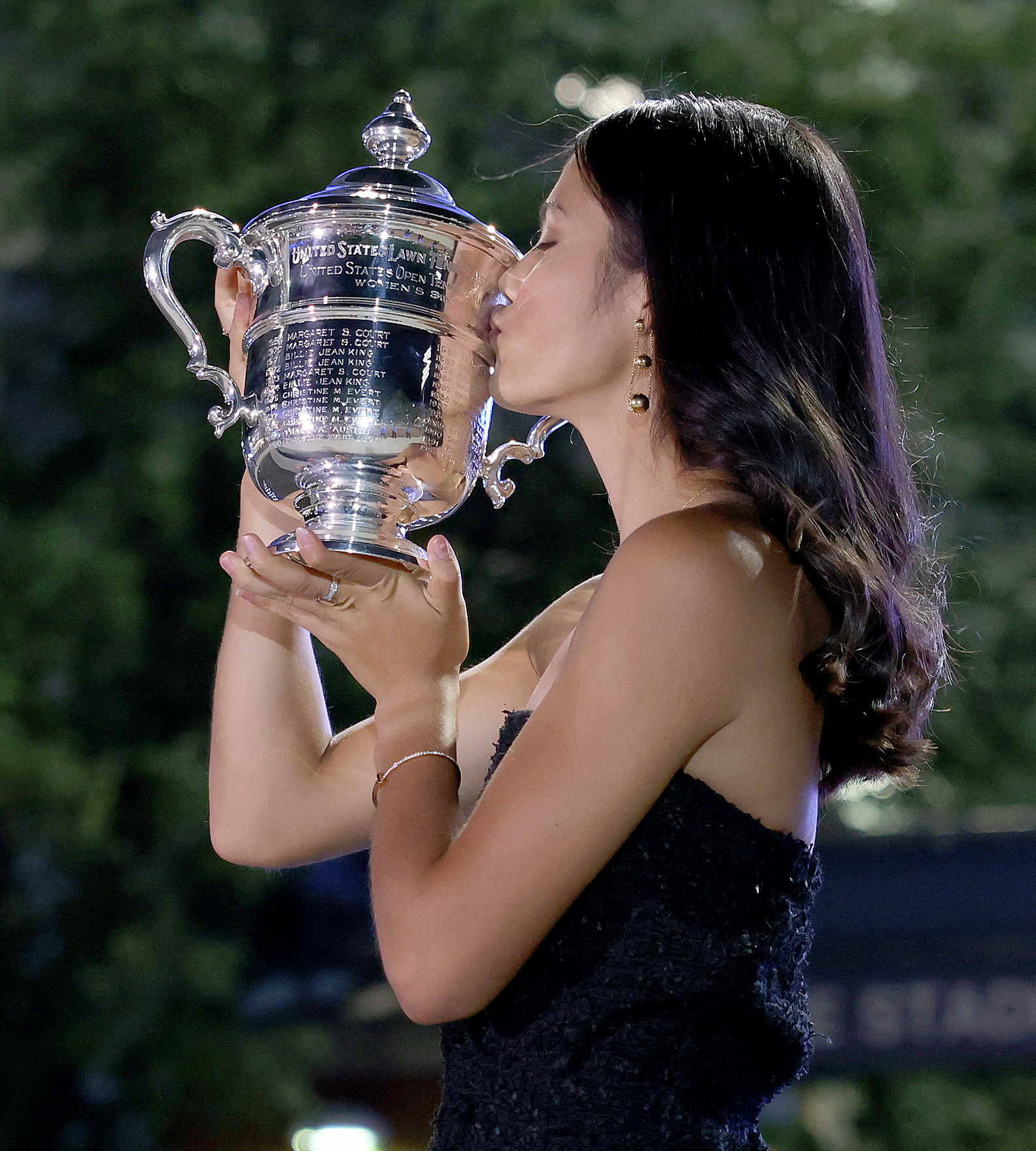 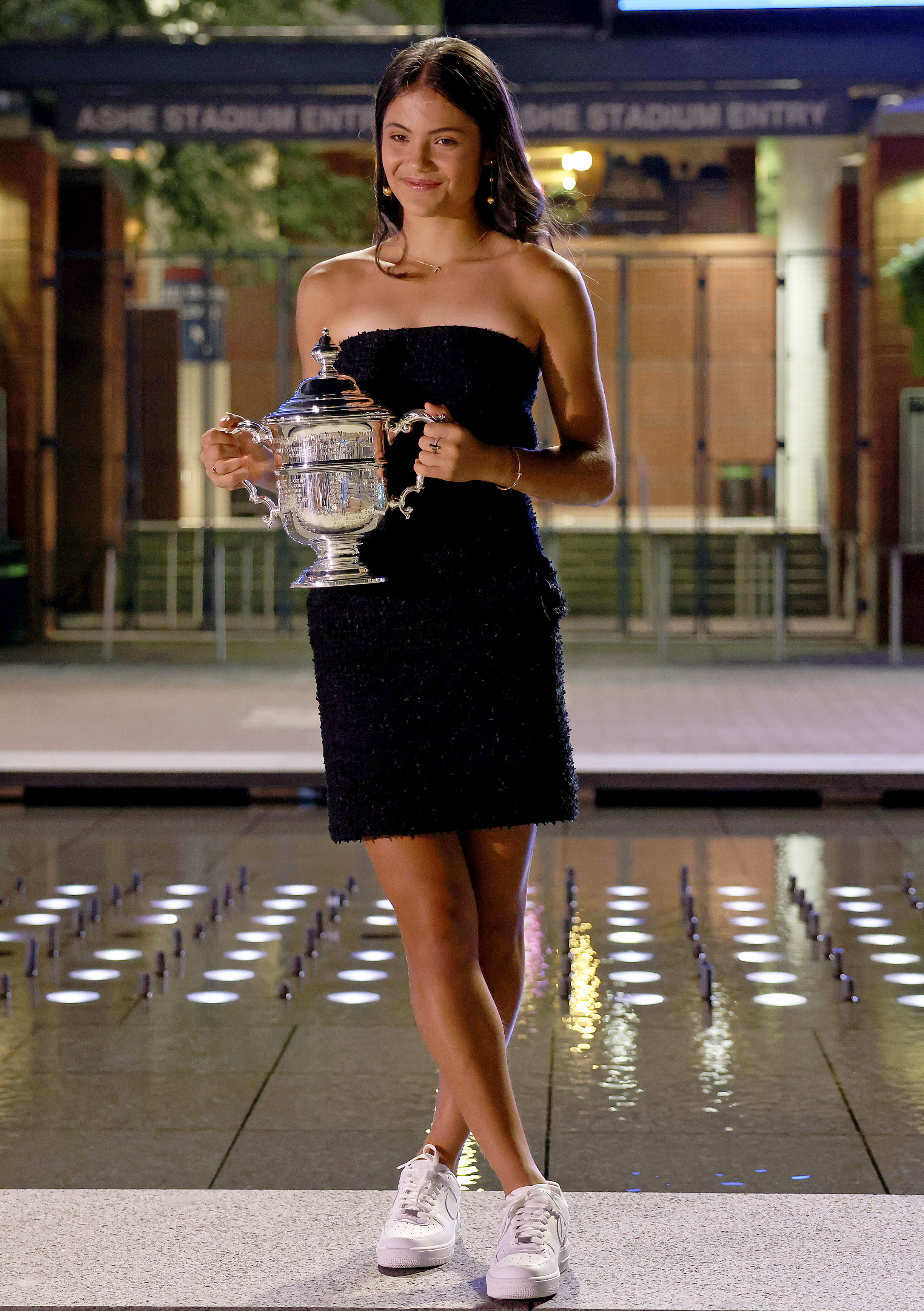 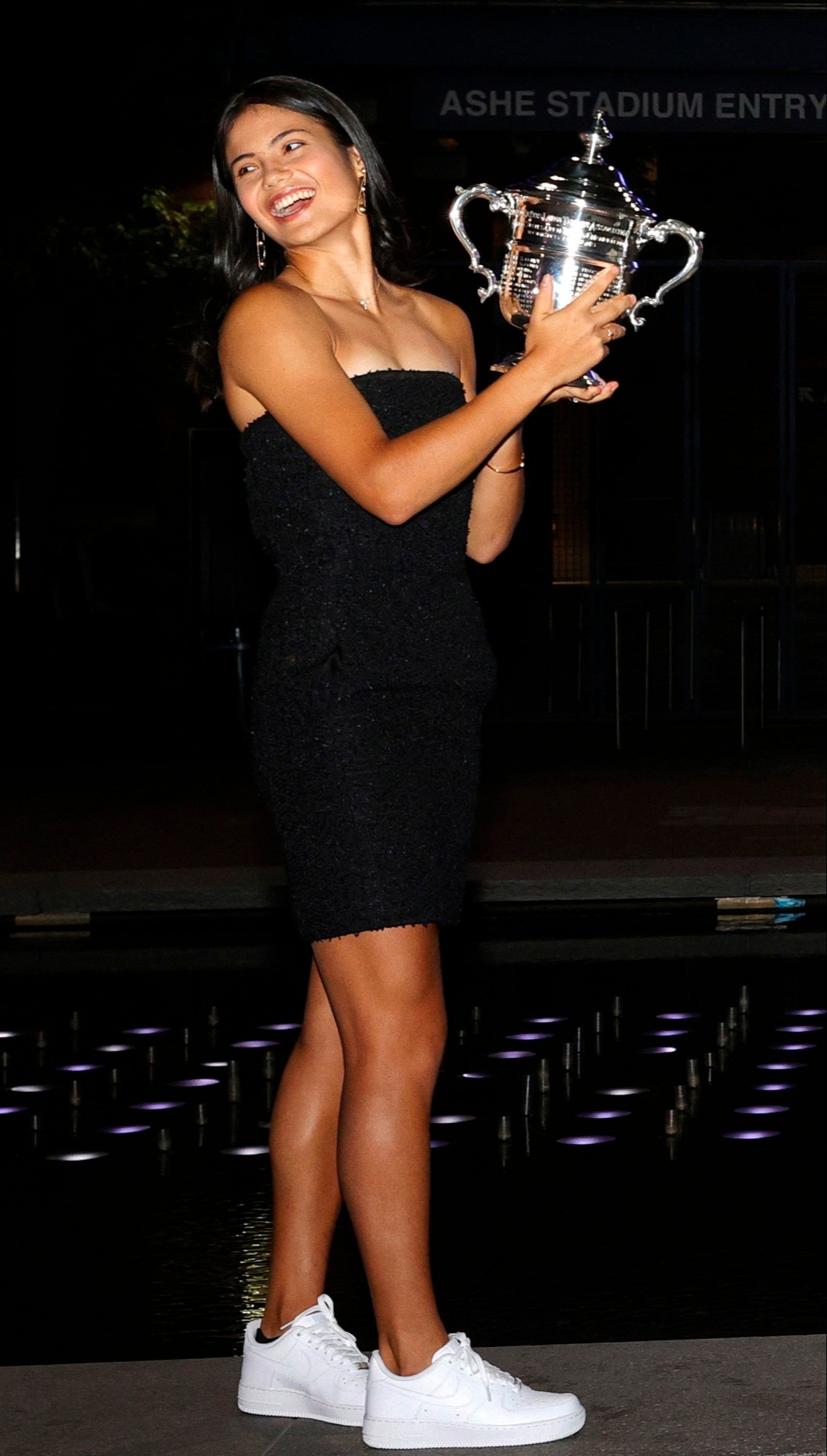 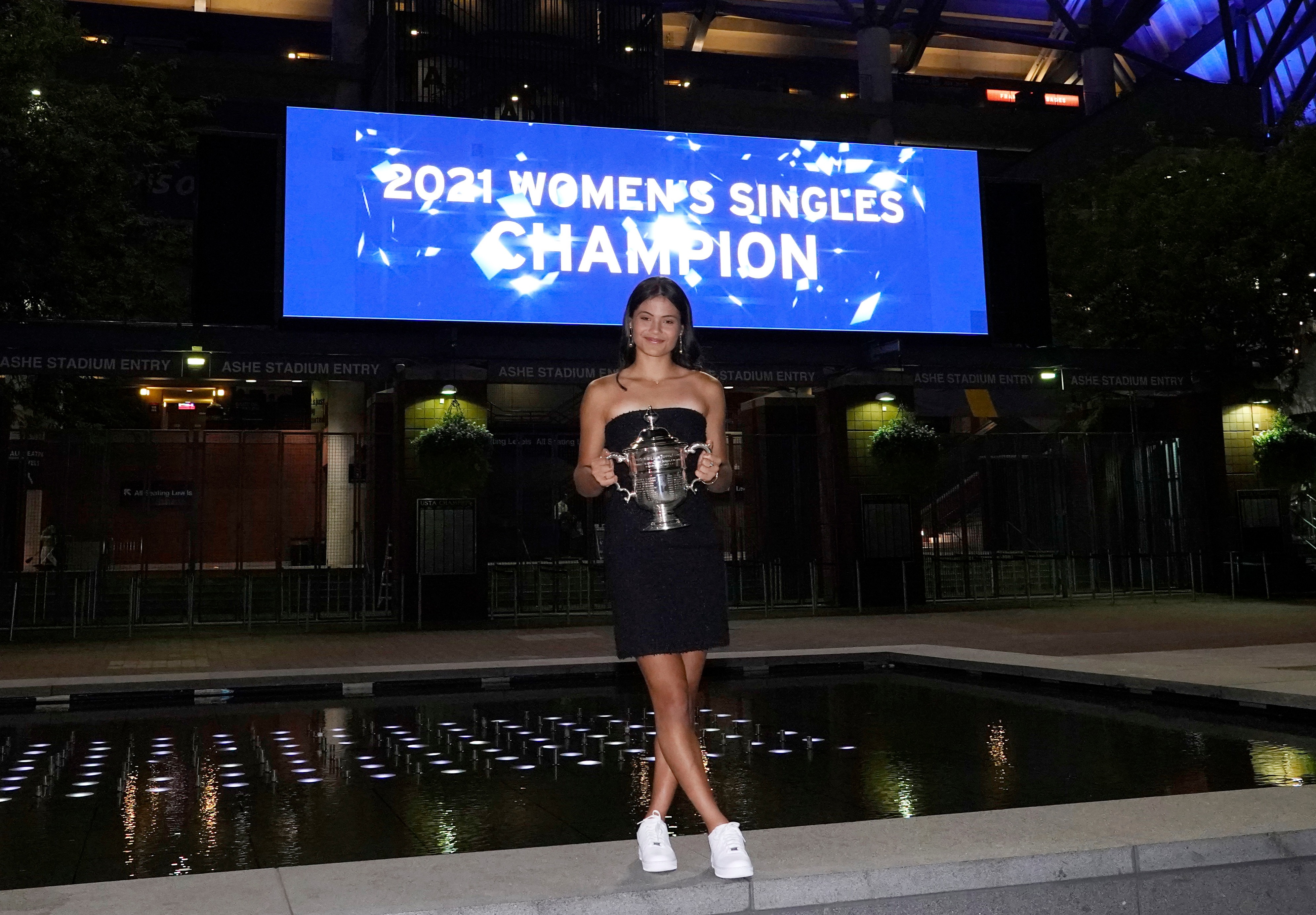 After scooping a stunning £1.8million jackpot by beating Leylah Fernandez in the final, Raducanu posed outside New York's Arthur Ashe Stadium with her trophy last night.

Raducanu entered the US Open as a qualifier but left as champion after a whirlwind three weeks.

She told fans in a video message: "Thank you so much for all your support over the last three weeks and for coming to the match day.

"I really appreciate it, it got me through some really tough moments so thank you so much and I hope to see you again here soon."

Canada-born Raducanu, whose mum and dad are Chinese and Romanian, did not have her parents in the crowd for her historic win due to Covid travel issues but had the support of her team out in the US.

And she had the backing of the nation back in the UK, with the Queen leading the congratulations. 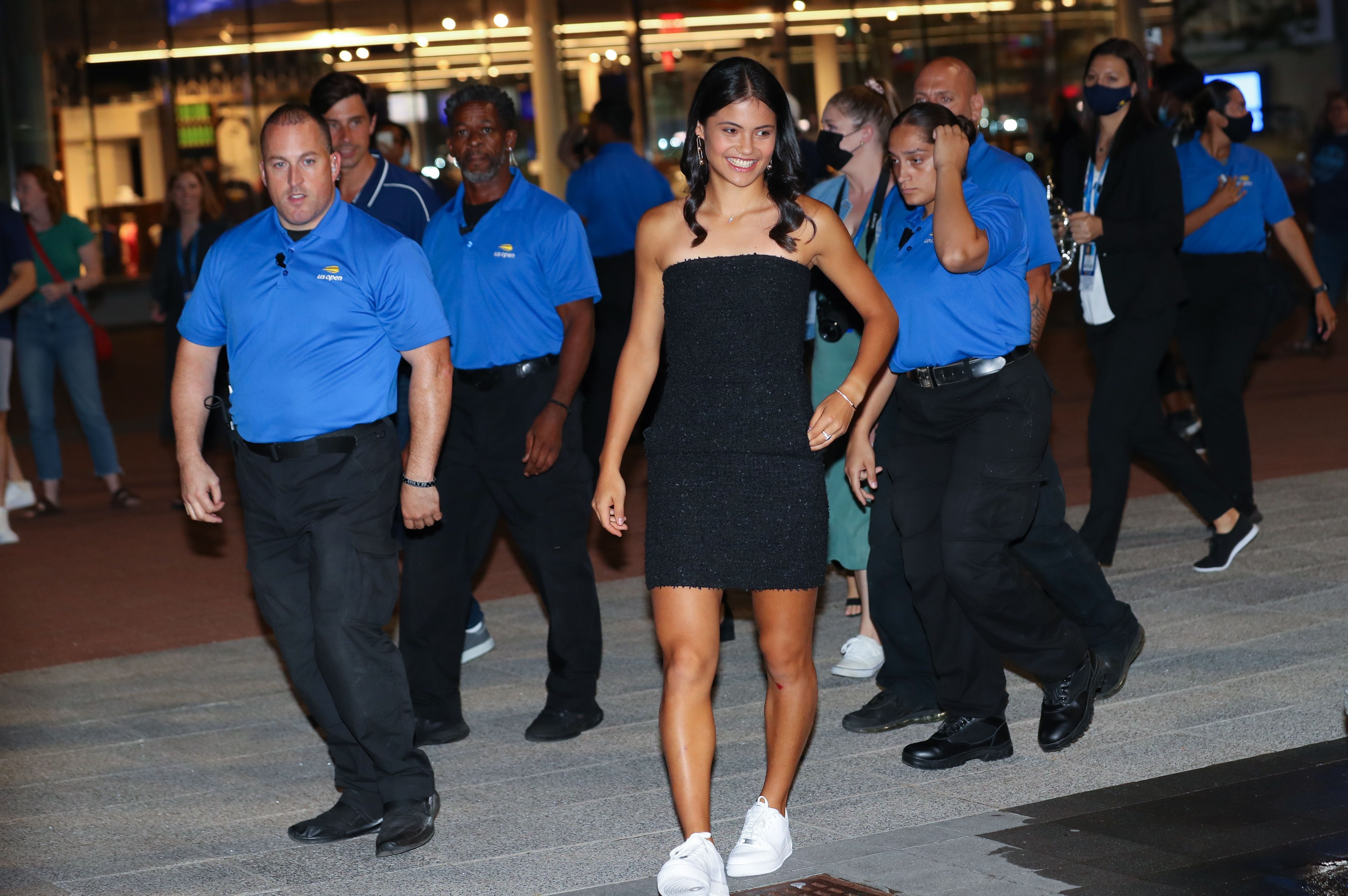 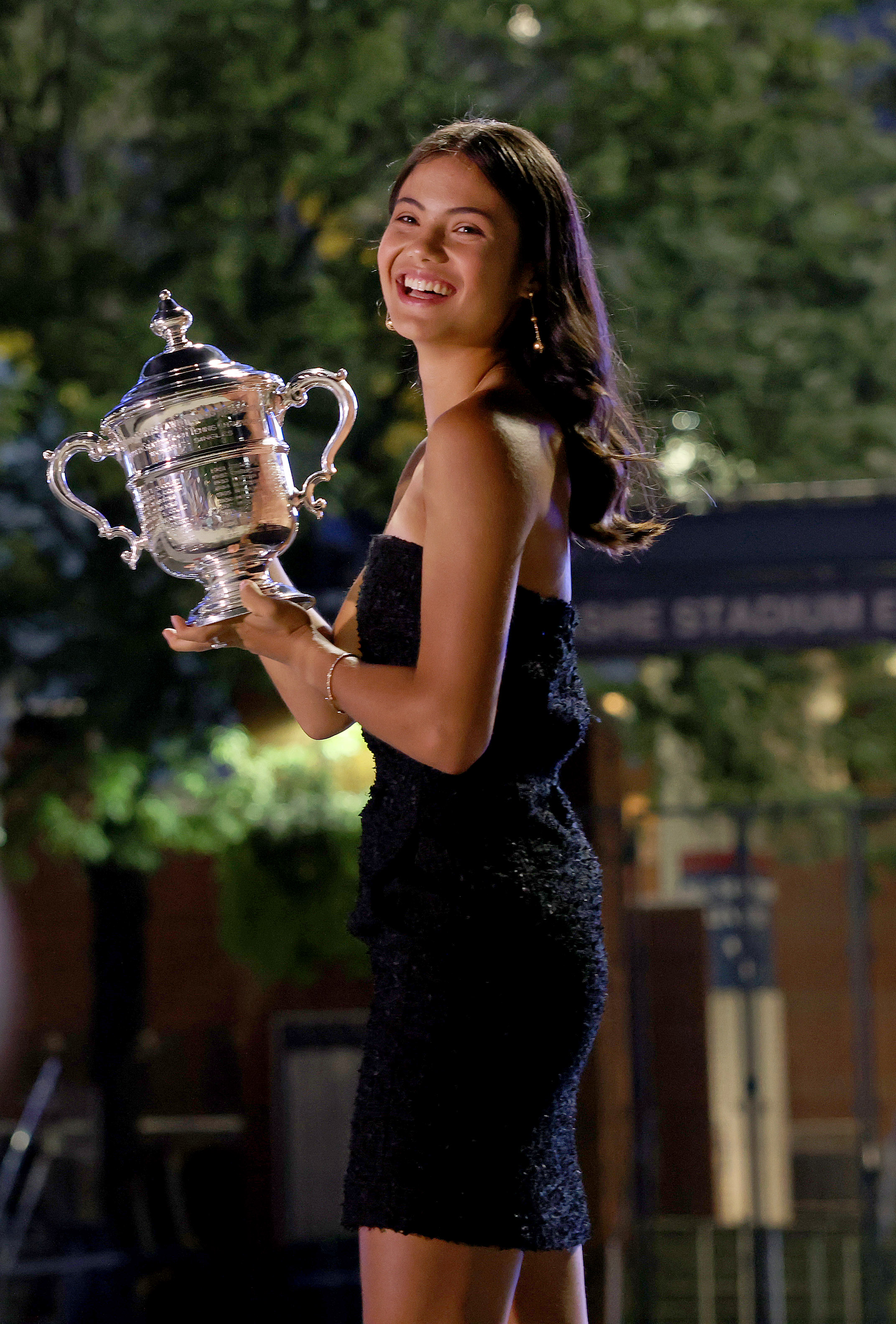 Incredible footage shows her hometown of Bromley erupt in celebration after watching her make history on TV.

Raducanu is the first British woman to win a Grand Slam in 44 years and the first qualifier to take home a singles title.

Amazingly, she did not drop a SINGLE set all tournament after beating Canada's Fernandez 6-4 6-3.

Raducanu was born in Canada before her parents moved to the UK when she was two. 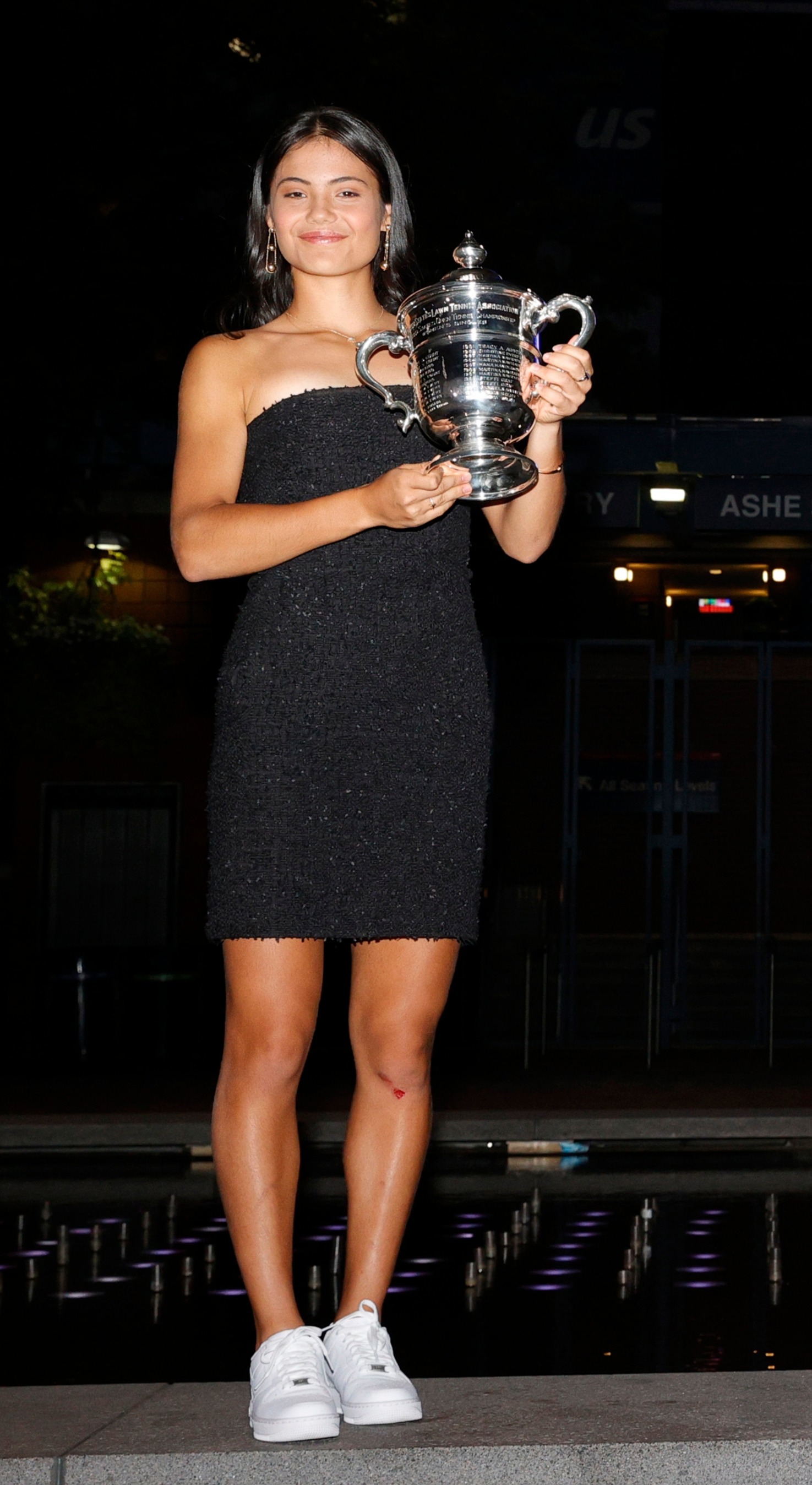 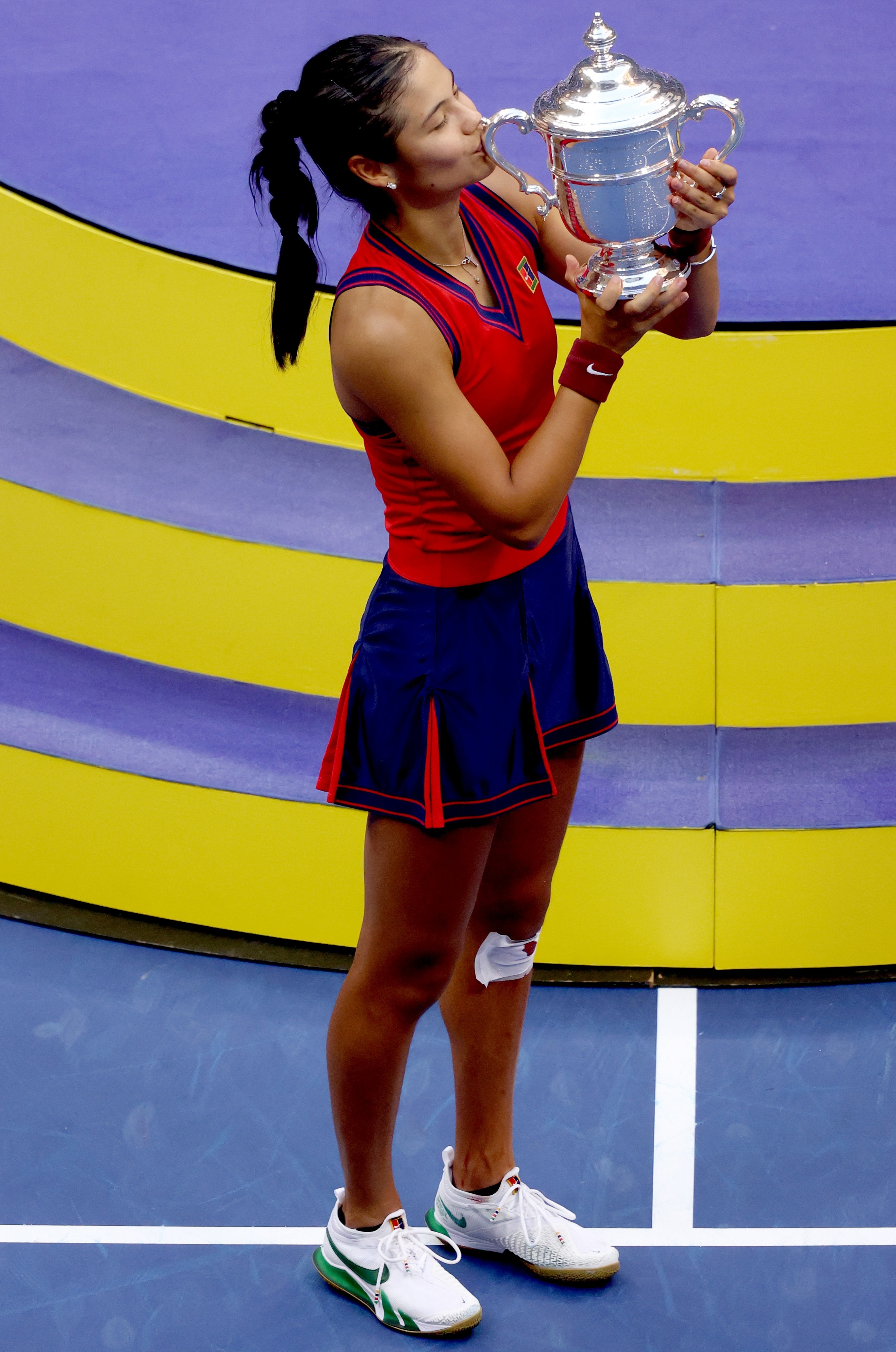