DENNIS BERGKAMP says Spotify boss Daniel Ek and the Arsenal legends won’t give up their bid to take over the Gunners.

Current owner Stan Kroenke has rejected an initial £1.8billion bid from Ek, who has support from Bergkamp and fellow Invincibles Thierry Henry and Patrick Vieira.

Bergkamp said: “We can't force anyone to sell.

“I understand that, in addition to that offer, Daniel has now reached out twice to Josh Kroenke [Arsenal director and Stan's son] and his bankers.

“Whatever Kroenke's intentions are, it would be good if we at least have a conversation with each other. In the interests of the club.

“Regardless, Daniel is not a quitter and neither are we football boys. We are here to stay.”

Bergkamp was speaking to Dutch outlet Voetbal International after being inducted into the Premier League Hall of Fame.

The forward won three titles with Arsenal, including the famous Invincible season of 2004.

But under Mikel Arteta, the Gunners are in danger of not qualifying for Europe for the first time in 26 years.

Bergkamp said: “I recognise the Arsenal from our own time less and less.

“The ambition to win top prizes is in Arsenal's DNA. Never accepting defeat.

“That mentality has slowly disappeared. I sense resignation about the current situation. That is serious. As if, given the financial situation, it is normal for Arsenal to end in the middle bracket.

“That [attitude] does not belong at this club. Arsenal's DNA must be restored.”

The midweek victory at Crystal Palace has given the Gunners a chance of qualifying for the Europa Conference League.

But fans are set to protest against Kroenke and in favour of the Ek takeover proposal before the final game of the season against Brighton on Sunday.

Bergkamp added: “The crazy thing is that we cannot imagine how the current players feel.

“Because we have always played for the championship ourselves.

“We do know how the fans feel. We have already had a meeting with a supporter delegation. 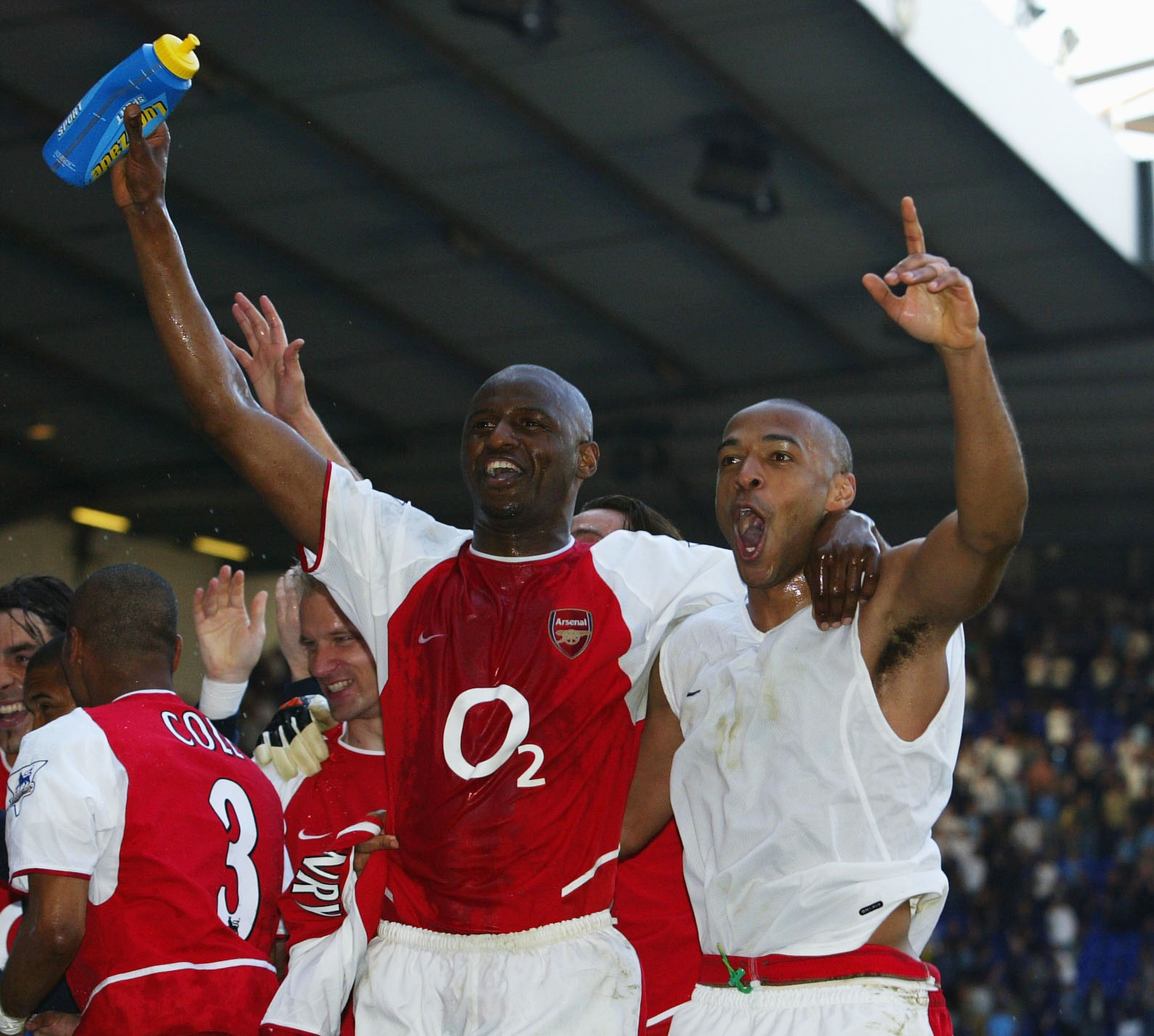 “We also sense more and more enthusiasm on their side.”

Kroenke has so far shown no signs of bowing to fan pressure.

But Bergkamp added: “We really hope that we can talk to the current owners in a good way.

“We don't want to harm anyone, it's not about us personally. This revolves around our views on a better Arsenal.

“As players, we contributed to the transition from Boring Arsenal to a squad called The Invincibles.

“Thanks to that period, I have now been inducted into the Premier League Hall of Fame, which I am extremely proud of.

“The quality, mindset and passion of that time must once again become the norm. Thierry, Patrick and I have ideas about that. Which fit perfectly with Daniel's plans.

No matter how much money is involved in English football, Arsenal is and will remain a football club, which must also be managed as such

“This is a far-reaching, long-term project.

“'You have to start at the top. Hence, a takeover is crucial, so that Arsenal can continue with an owner who understands that a football club should not be run like a company.

“No matter how much money is involved in English football, Arsenal is and will remain a football club, which must also be managed as such, at all levels of the club.”