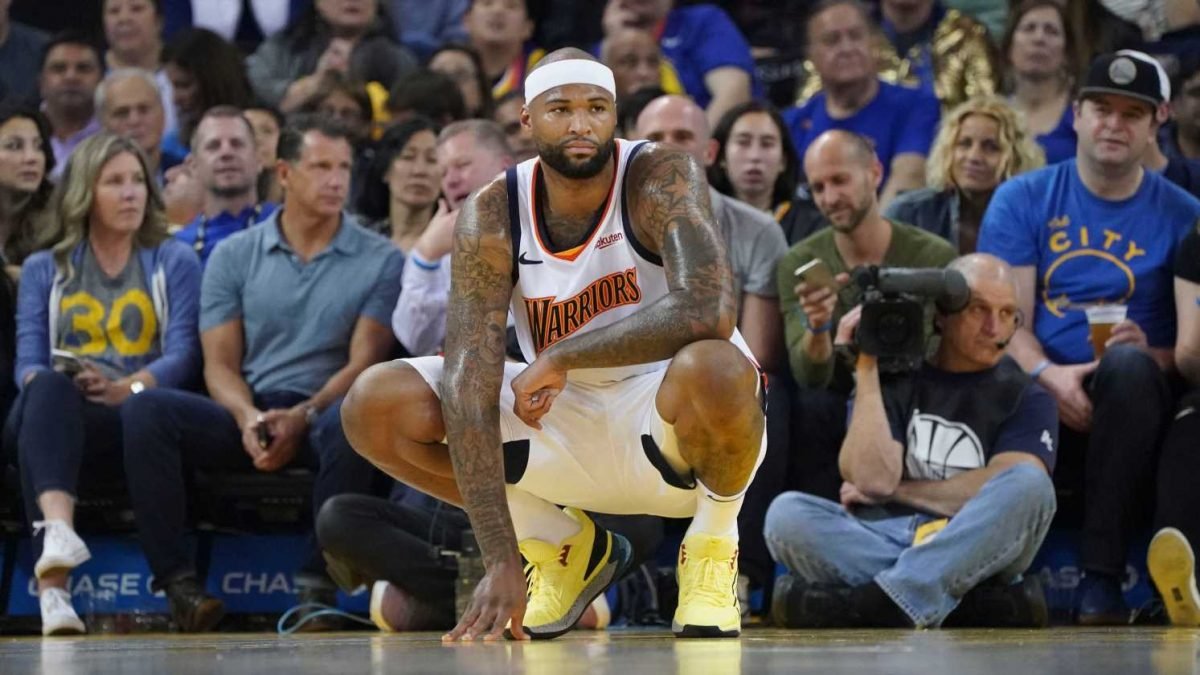 "I ain't planning on sitting," Cousins told ESPN's The Undefeated on Monday. "I don't know the reality of it. But for me, that is not what I'm planning on doing. … It's definitely some type of bad movie. But I think it will have a very nice ending. Just wait for it."

Cousins has waged a difficult battle with injuries over the past 15 months, first tearing his Achilles tendon in January 2018. After signing with Golden State during the offseason and finally returning to the court in January, he suffered the quad injury in Game 2 of the Warriors' first-round playoff series against the Los Angeles Clippers.

Center DeMarcus Cousins averaged 16.3 points and 8.2 rebounds in 30 regular-season games with the Warriors, but was injured in the second game of the playoffs. (Photo: Kyle Terada, USA TODAY Sports)

Although the Warriors have said it's unlikely Cousins will be able to return before the end of the season, he began rehab almost immediately after learning he wouldn't need surgery.

"I'm taking it day by day," Cousins said at the Warriors' shootaround before Game 4 of their second-round series in Houston against the Rockets. "I'm in better spirits, for sure. I kind of shut the world out. There are a lot of opinions out there. I shut the world out, went to my little zone and I'm taking it a day at a time."

His optimism might have even rubbed off on Golden State coach Steve Kerr, who, when asked Sunday about Cousins' progress, told reporters: "He's coming along pretty well. We'll just have to wait and see."