WEST HAM midfielder Declan Rice plans to stick with the No41 shirt throughout his career.

That is despite it being randomly handed to him when he was in the Hammers' academy. 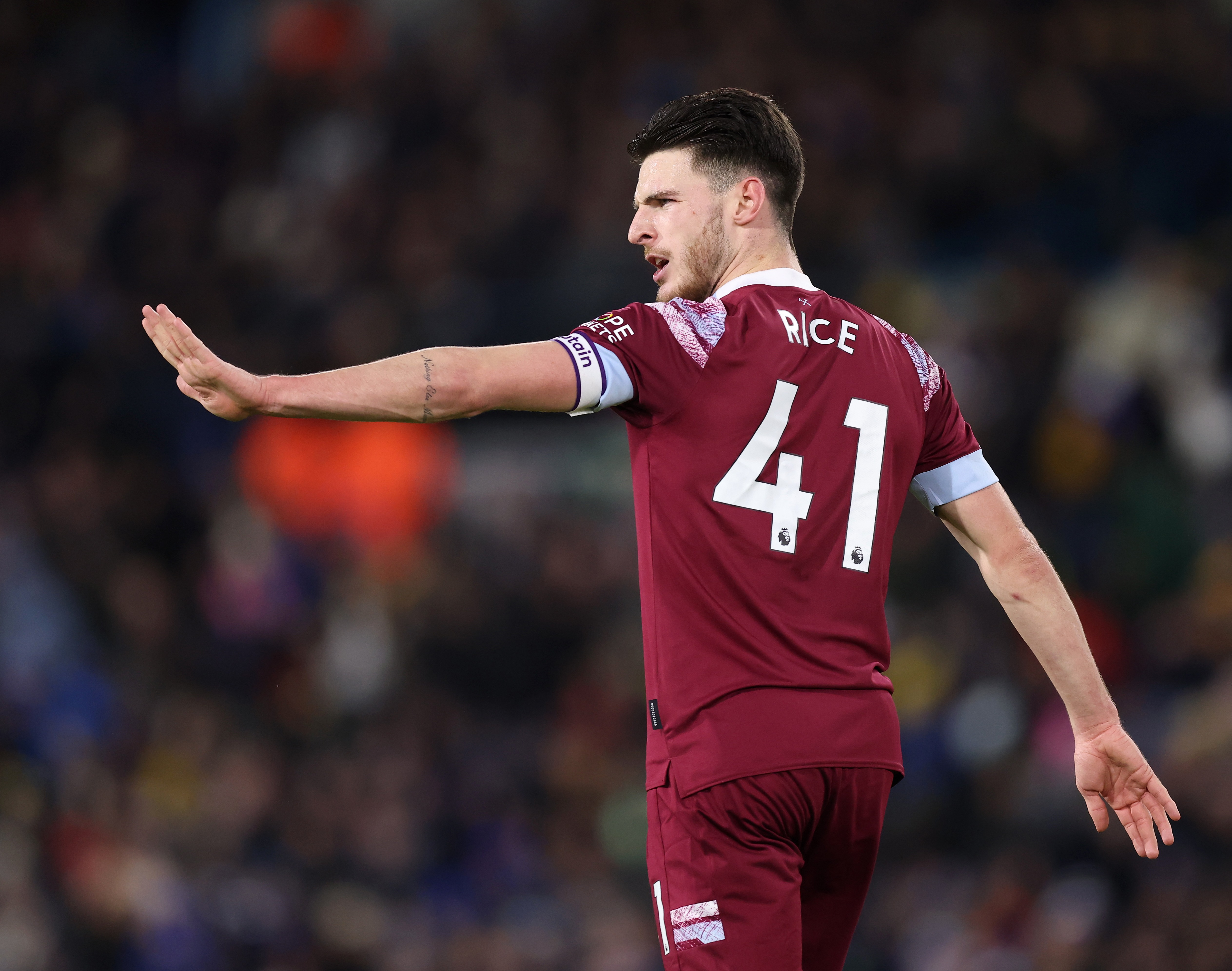 The England international, 24, is being heavily linked with a move to Arsenal, Chelsea or Manchester United in the summer.

But he is expected to remain the No41 wherever he ends up at the end of the season.

Last year, in an interview with Gary Neville on The Overlap, he said: "It was just the number I was given in the academy by the kitman.

"When you are in the Under-23s there are the first team squad numbers and then it gets to the higher numbers and I was given 41 when I went to Seattle on my first trip with the first-team. I was just given 41 and it has stayed with me since.

"And to be honest with you – I have been having these conversations with my dad – regardless of what happens in my career I may stay with 41.

"I just think Rice 41 has a nice ring to it and obviously I have grown up playing in it and I am a bit superstitious with things like that.

"I don't know if I change to a new number if it will hamper my performances, I don't know!

When quizzed on whether the No7 would suit him, he then added: "Seven dog? Nah, not seven dog, no way.

"Either four or six, I think those are the standard numbers."

Rice has been valued at £80m, with Arsenal hoping to fend off interest from Chelsea and Man Utd.

He hinted during the World Cup that his time at West Ham could be up.

When asked if he is hungry to win titles at club level, he said: "Yeah, 100 per cent. For the last two or three years I've been saying that.

"You only get one career and you want to look back at what you've won and play in the biggest games.

"I am really ambitious and I want that."