CONOR MCGREGOR has declared 'war' on his rivals as he plots his return to the octagon.

The Notorious is currently on the sidelines recovering from the horrific broken leg he suffered in his trilogy fight with Dustin Poirier in July. 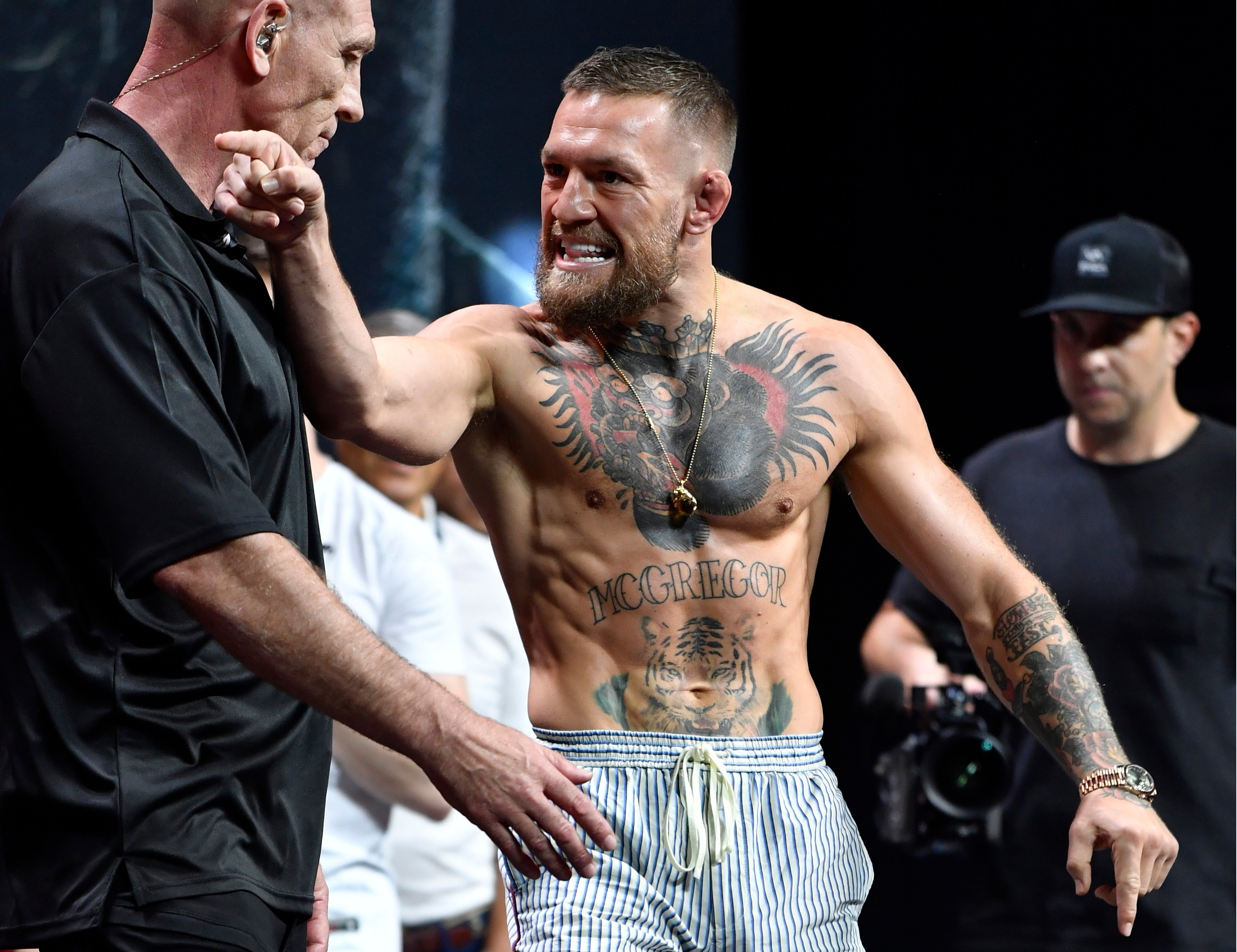 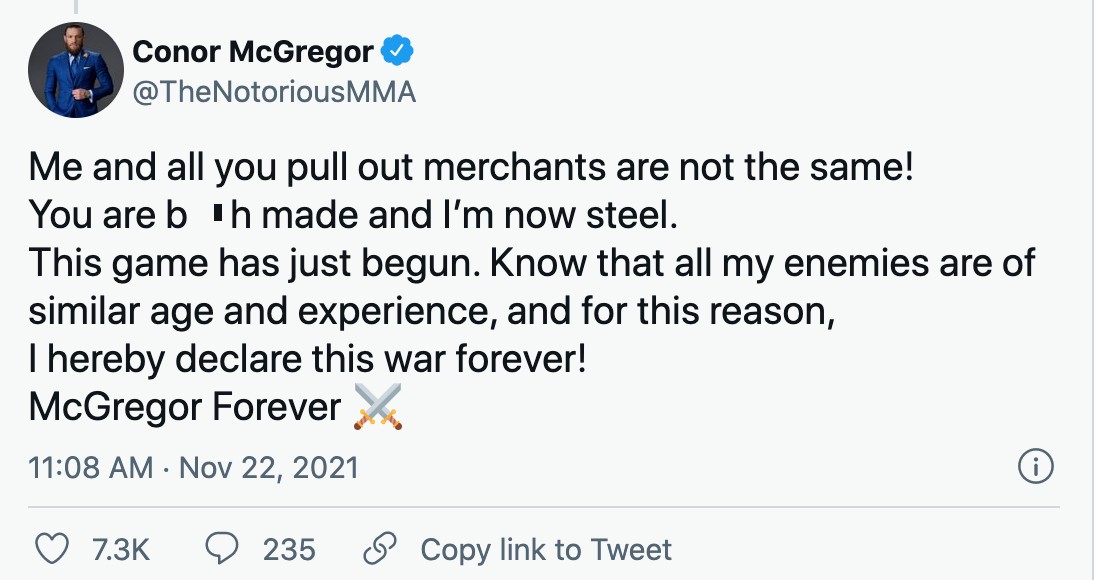 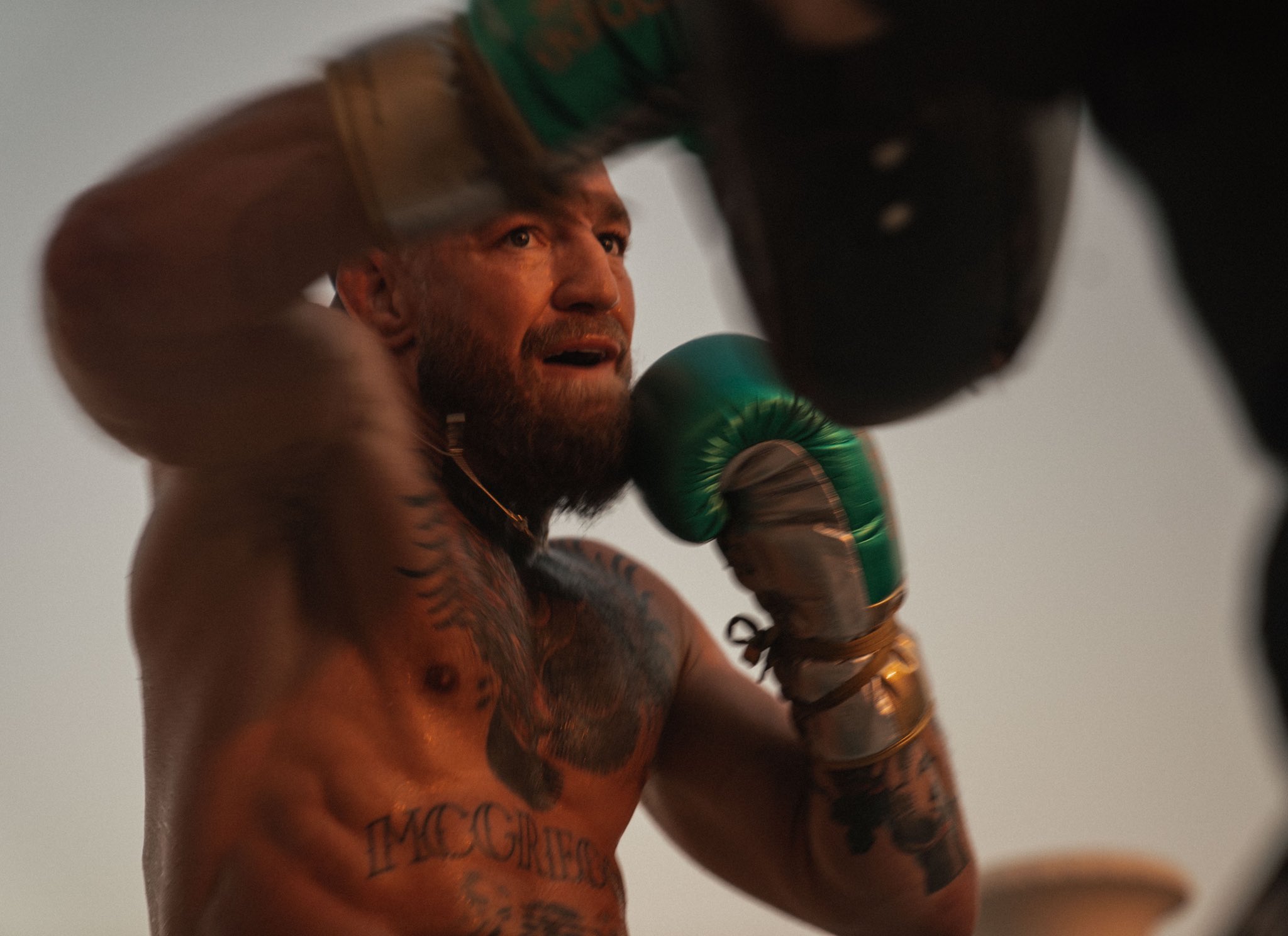 McGregor is champing at the bit to get back inside the cage, so much so he put the entire lightweight division on notice in an expletive-laden tweet.

He said: “Me and all you pull out merchants are not the same!”

"Know that all my enemies are of similar age and experience, and for this reason, I hereby declare this war forever! McGregor Forever.”

McGregor, the UFC's first simultaneous two-weight world champion, is 3-1 in his last four fights but is adamant his next outing will be for the 155lb strap.

In response to an ESPN tweet debating who he should face next, he tweeted: "Hi lads, here goes… clicks and the like.

"Your boss and whatnot. The Mac. Santy Claus.

"I’m facing whoever the f*** has that LW title next. Deal with it.

"Take off your goggles and mark the trilogy 'unfinished'. Deal with that too. The rest mentioned, after this. Deal. With. It."

UFC chief Dana White has refused to rule out the possibility of McGregor facing the winner of Charles Oliveira's December title defence against Poirier but recently confirmed his comeback fight will be in a headline slot.

“It would depend on who he’s fighting and things like that, but yeah, Conor [McGregor] coming back is a headliner."

McGregor is already back on his feet and his hitting pads with his boxing coach.

And the Irishman's manager – Audie Attar – recently revealed to SunSport that his recovery is going faster than expected.

"We not only just got our x-ray results [back], [we got] our ultrasound results and CT scan results.

"And when I look at the view of the x-ray myself, it's healing so beautifully.

"He's only 10-and-a-half weeks out of surgery and he's walking.

"And he's actually doing s**t that we don't want him to do like throwing the first pitch at the Cubs game."