CHUBA AKPOM returns to the stadium where he made his Premier League debut for Arsenal tomorrow.

And the Middlesbrough striker — who was 17 when he came off the bench at Sunderland in 2013 — is hungry to get back to English football’s top table. 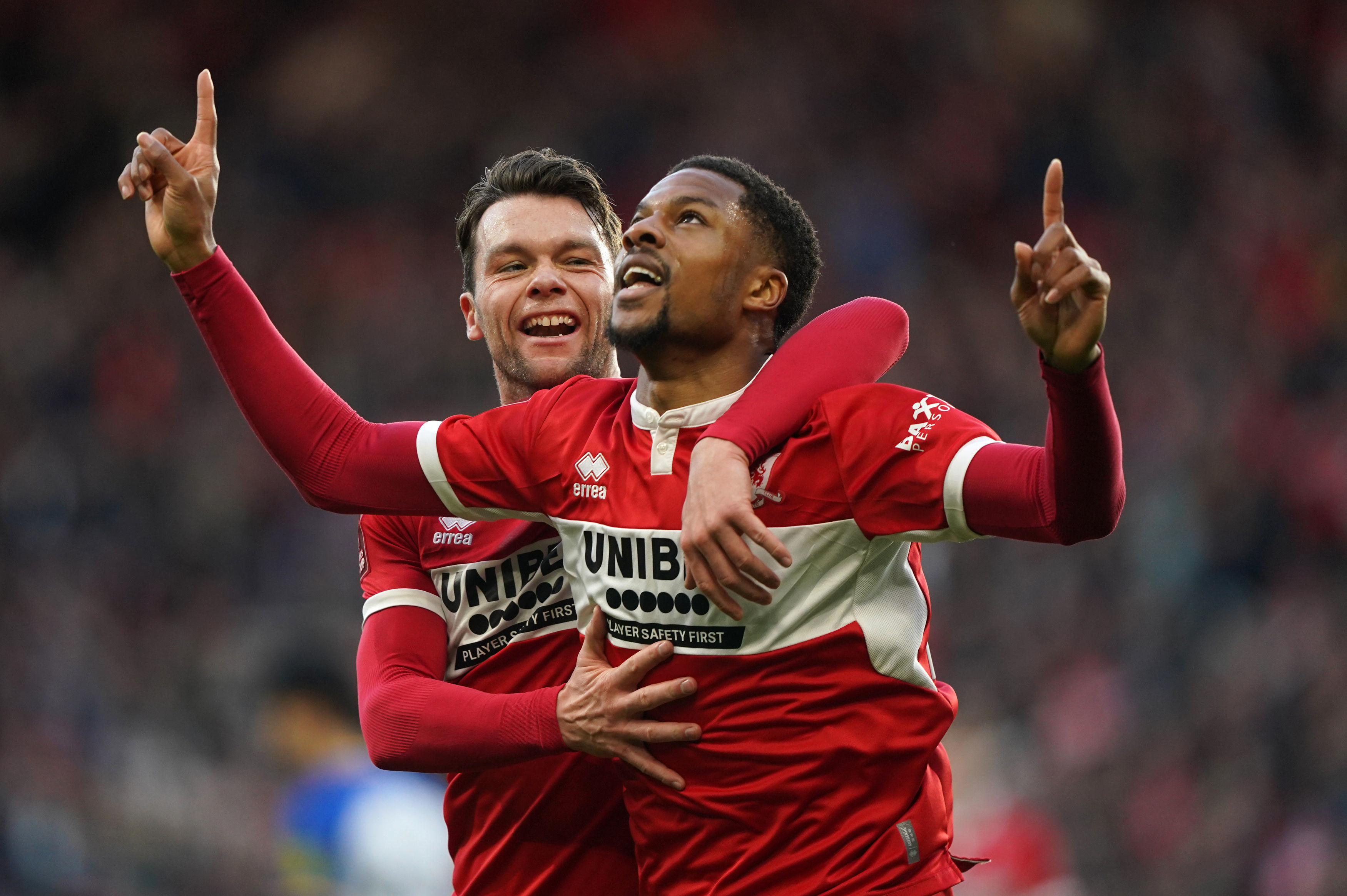 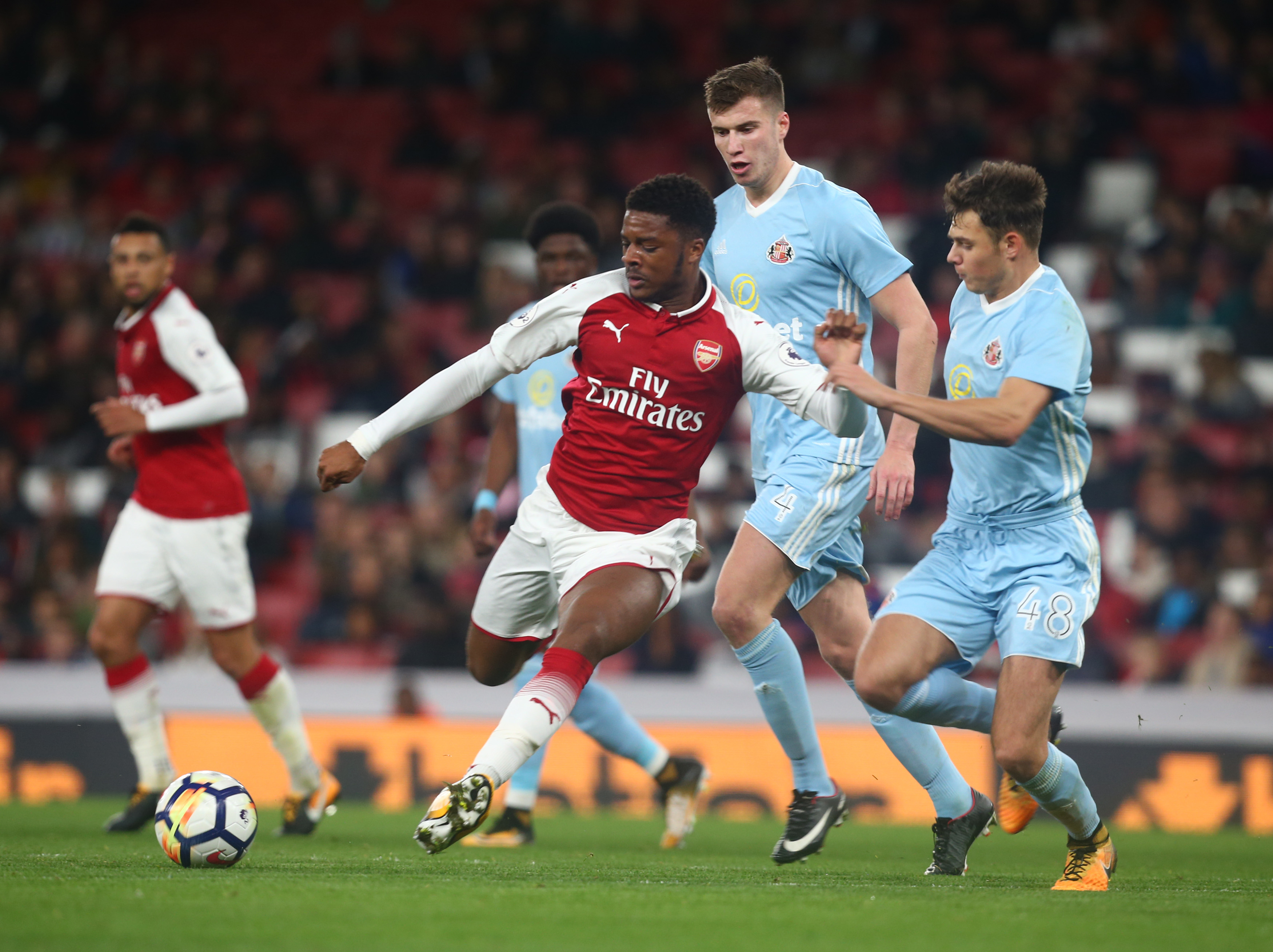 Akpom managed four Premier League appearances off the bench as well as one start in the League Cup and seven sub outings in the cups.

And the now 27-year-old has been on fire this season at Middlesbrough — scoring 13 league goals and is attracting interest from a number of top-flight clubs.

And Akpom said: “I’d love to get into the Premier League with Boro. Playing in that league has always been a big dream, having had a taste at Arsenal.

“But to be able to go in there as a mature player with more experience would be amazing.

“It was incredible coming through at Arsenal. It taught me so much — all my technical and physical abilities are from Arsenal.

“I was so lucky because I was in the first-team from the age of 17 so had to turn into a man quite early and I then went into my first loan when I was 18. Things happened quickly for me but I’m grateful for everything they did for me.”

Akpom is a lifelong Arsenal fan and even played alongside current boss Mikel Arteta.

And he said: “Mikel was such a leader. He didn’t need to shout on the pitch, it was off the field where he really led. He was always making sure everyone was doing things properly.

“It’s no surprise to see him so successful as a manager because you could see he had those qualities as a player. Because I’m an Arsenal fan, it makes it even better.”

One manager who is also flying right now is Carrick.

Since the former Manchester United and England international took over after Chris Wilder was sacked, Boro have been racing up the Championship.

After losing his first game in charge at Preston in October, the team were fourth bottom. But a run of eight wins and a draw from the next nine league games have seen them shoot to fourth top going into tomorrow’s trip to the Stadium of Light.

And Akpom said: “The best thing about it is having a manager you can relate to. He was a professional player at the highest level and was successful in what he did.

“He knows how the players feel and how they deal with things. He knows the best way to communicate and get the best out of us. 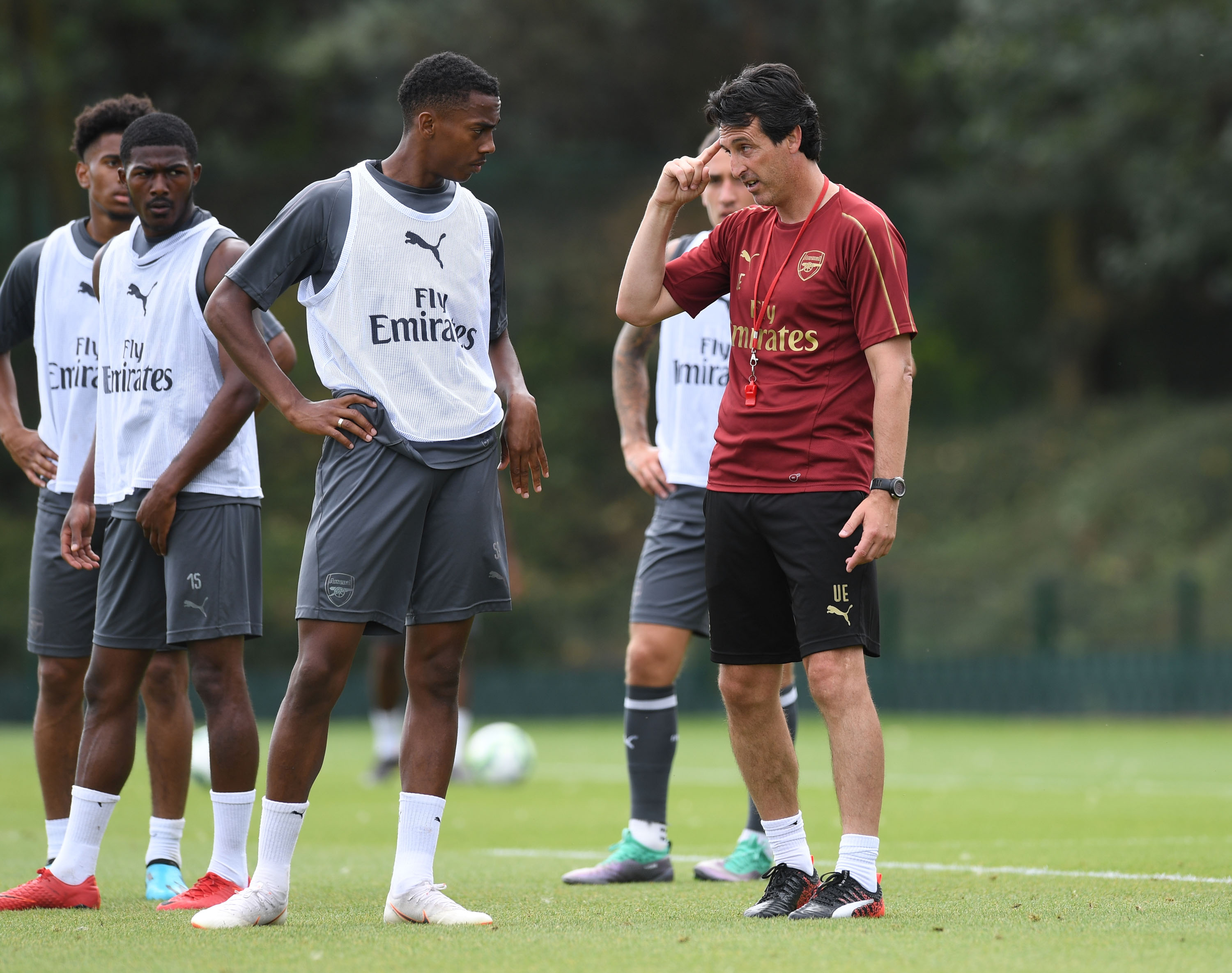 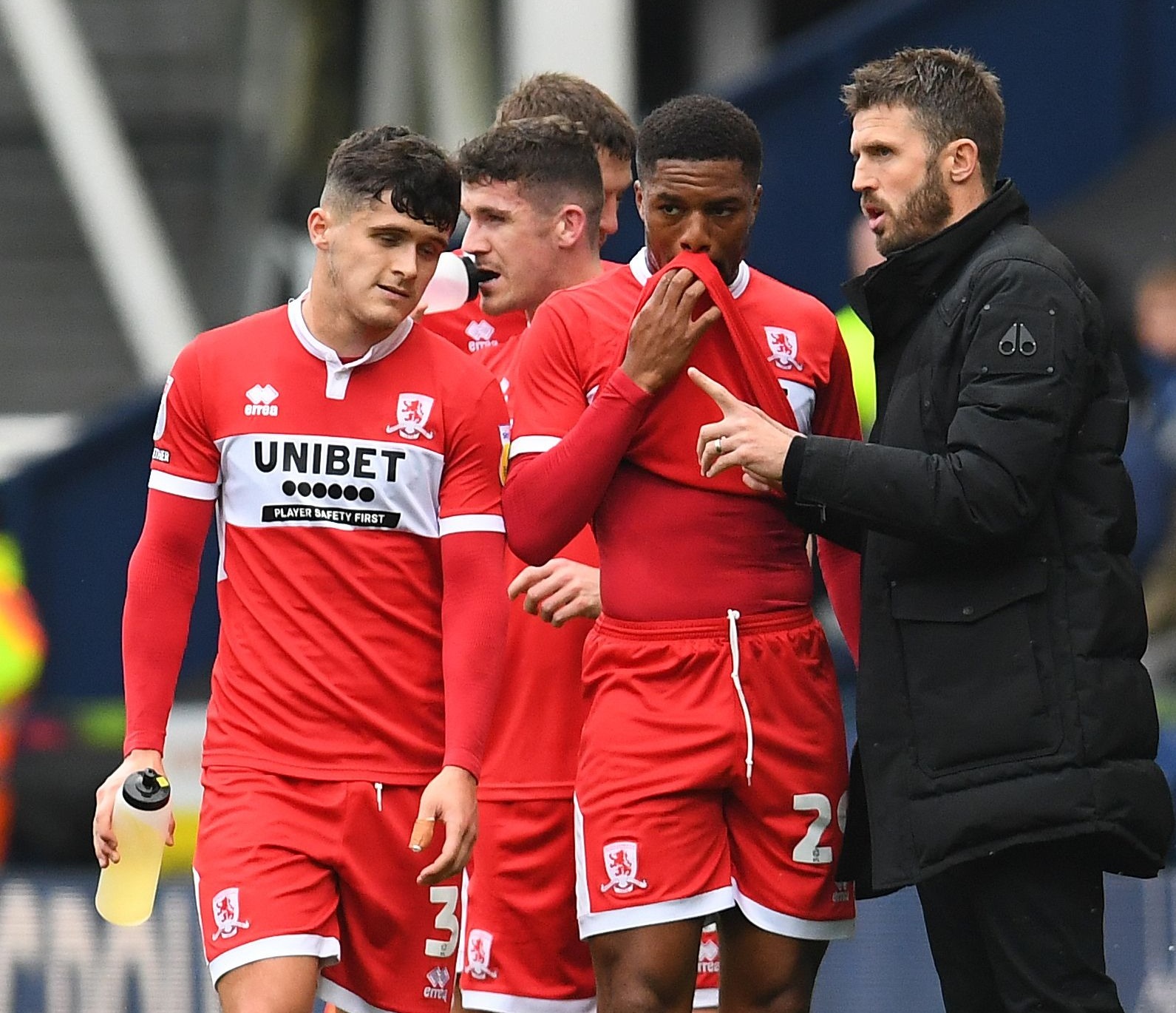 “The new manager has completely changed things around. He immediately brought in that calmness – everyone talks about it. And it’s not just his calmness, he’s also very determined. You can see why he had such a successful career.

“We’ve set a standard now with our performances and whenever we go a bit below that the gaffer is on to us.

“For example we beat Blackburn 2-1 away and we’d always happily take three points at Ewood Park.

“But when we got into the changing room, the gaffer was frustrated at how we dealt with the game because they were reduced to 10 men.

“We got the three points, a difficult place, but the gaffer was not happy. That shows how high his standards are and how ambitious he is.”

It was incredible coming through at Arsenal. It taught me so much — all my technical and physical abilities are from Arsenal.

And Akpom has no doubt Carrick will emerge as a top boss just like Arteta did.

The forward added: “Definitely, he’ll become a top manager — especially working with young players. They are the future. He is the perfect person for that. He is always positive. When something bad happens, he isn’t dwelling on that.

“Even when something good happens he doesn’t dwell on that either.

“He is always thinking how can we get better, how can we improve as a team and individually? I think and hope he’ll have a successful managerial career in the future.”

One of the most satisfying moments Akpom enjoyed this season was his Boxing Day hat-trick in a 4-1 win against Wigan. It helped him win the SkyBet Championship player-of-the-month award for December.

It was only his second career hat-trick — and came almost seven years after his previous one in January 2016 for Hull in the FA Cup against Bury.

And he has revealed how the matchball was immediately commandeered by his two-year-old son Azai. 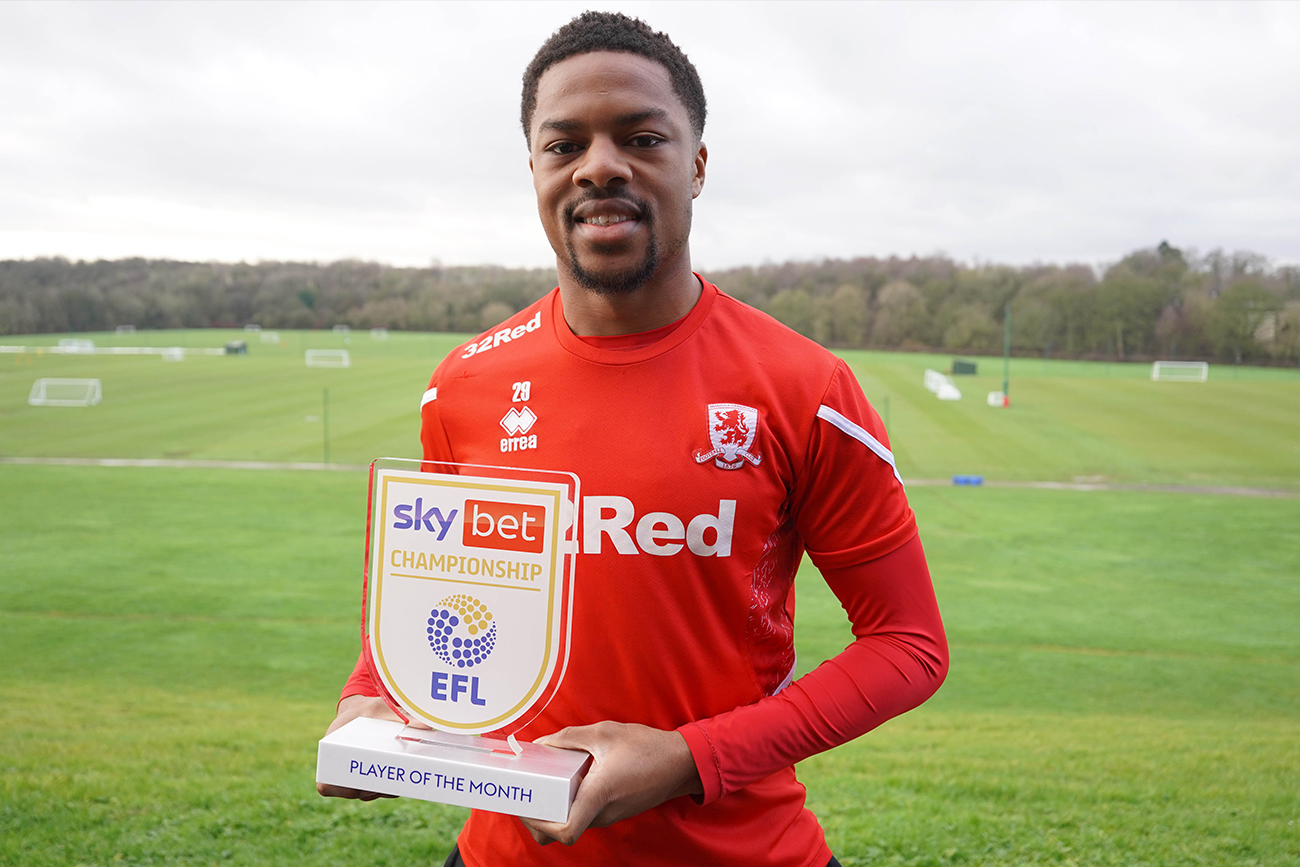 He said: “I cannot believe it’s been so long since I last got one. But to score it on Boxing Day in front of a full stadium was perfect.

“My son was kicking it around as soon as I got back home. I wanted to nicely frame it but he has already got dirt all over it!”

With all the interest from Prem clubs, Boro have sensibly taken out their one-year option to extend his contract beyond this season.

Akpom said: “I’m happy at the club and cannot complain. Everyone is positive with me and friendly. There are good vibes going round the whole club.

“I’ve got my feet on the ground and trying to work hard to continue the form I am in so it’s all smiles from me!”