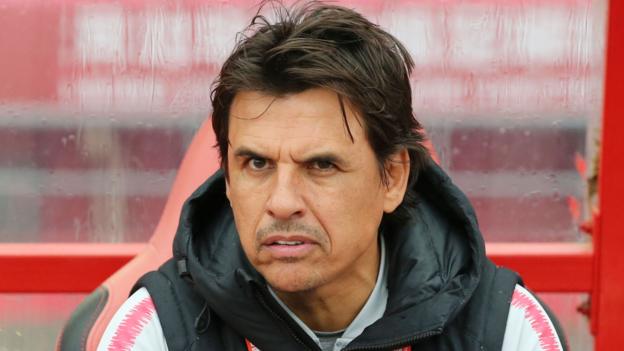 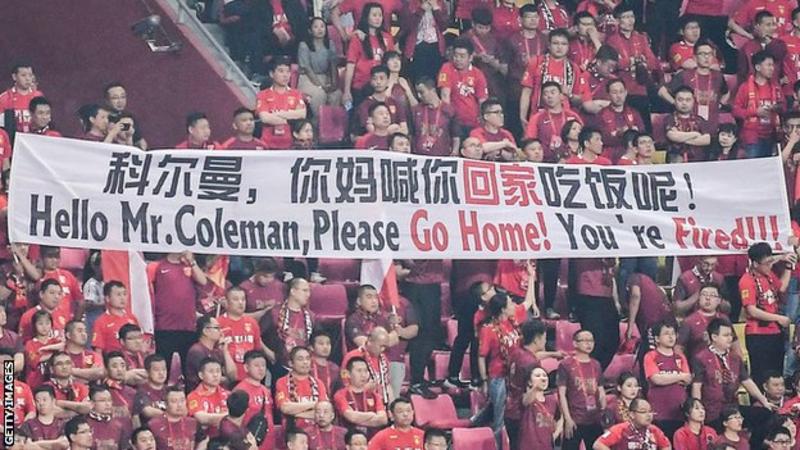 Former Wales manager Chris Coleman has been sacked by Hebei China Fortune, the club he took over 11 months ago.

Hebei are one place off the bottom of the Chinese Super League with only one win in nine games this season.

The club confirmed Coleman’s departure in a social media post.

It stated: “After friendly negotiation and agreement reached between the two parties, with immediate effect, Mr Chris Coleman will no longer serve as head coach.”

As they lost 3-2 at home to mid-table Henan Jianye on Saturday, disaffected fans held up a banner which read: “Hello Mr. Coleman, please go home! You’re fired!!!” and in Chinese said: “Coleman, your mum wants you home for dinner.”

Coleman led Wales to the Euro 2016 semi-finals, but opted not to continue as Wales manager, joining Sunderland where he was unable to save them from relegation to League One.

After being sacked by the Black Cats, he took over from current West Ham United boss Manuel Pellegrini at Hebei.