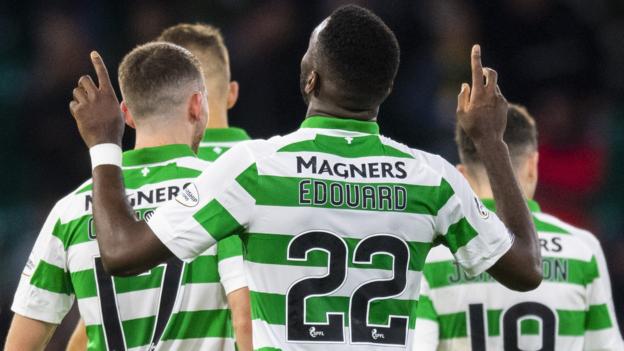 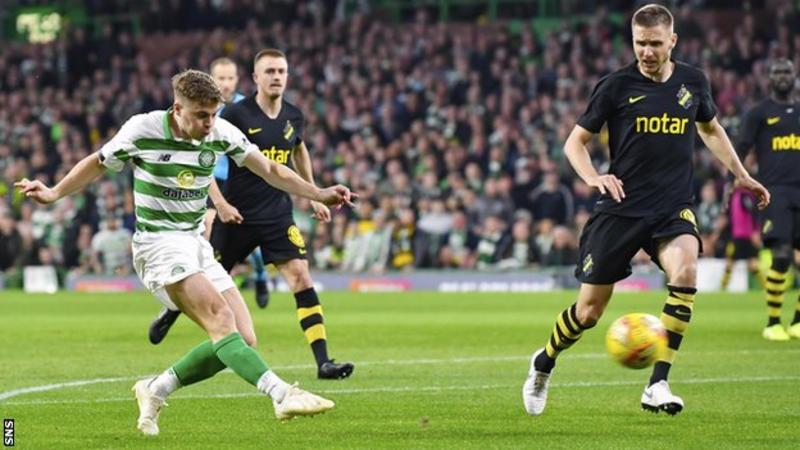 Celtic ended a turbulent nine-day spell by taking a significant step towards the Europa League group stages after beating AIK 2-0 in Glasgow.

Neil Lennon spoke of the “hysteria” around his side after their Champions League exit to CFR Cluj and an underwhelming League Cup win, but second-half goals by James Forrest and Odsonne Edouard eased them to victory.

Celtic suffered a frustrating first 45 minutes in this play-off round first leg, but pulled clear and will take a healthy lead to Sweden next Thursday.

In fact, the Scottish champions had chances to make that trip to Stockholm more comfortable, but ultimately had to settle for a reassuring 2-0 victory.

Forrest’s goal broke the Swedes’ stubborn resistance, their flat back five and their safety-first approach finally breached early in the second half after Mikey Johnston, Edouard and Callum McGregor had all gone an Oscar Linner save away from opening the scoring.

AIK had soaked up Celtic’s pressure for 47 minutes when Forest capitalised on slackness at the heart of the visitors’ defence before rifling a shot on goal, Linner parrying it up but the ball falling in behind and dropping into his net.

It was Forrest’s fifth goal in five games and a reminder that if Ryan Christie, Johnston and Edouard represent the bright young things of the Celtic attack then the grand older man (of 28) remains a huge creative presence in this team. He scored what should have been a key goal away to Cluj, he scored the equaliser at Celtic Park that should have sent Celtic on their way and he scored the winner against Dunfermline in that hairy League Cup tie at the weekend.

If his last European goal didn’t prove the catalyst for victory, then this one did. With AIK now having to emerge from their shell there was more space and more opportunity. When Johnston won a free-kick with 16 minutes to go, Edouard took responsibility and curled a beauty over the AIK wall and beyond Linner.

That second goal was critical to Celtic’s peace of mind. One goal and they were still vulnerable in Stockholm next week. Two goals and the job is a whole lot easier, the cushion more comfortable.

It should have been three late on. McGregor scampered away on his own, galloping up the left before pushing his shot just wide of Linner’s left-hand post. Later still, they had three chances in one when Olivier Ntcham, Edouard and Lewis Morgan all thumped efforts on AIK’s goal and all were beaten away.

It shouldn’t matter. Celtic still have work to do, but they’ve half the job already done. When they hit the road for Stockholm they’ll have new loan signing Fraser Forster with them. The goalkeeper, who in the mind’s eye of every Celtic fan still summons up glorious memories of denying Lionel Messi on happier European nights, was reintroduced to the crowd at half-time.

Those heroics are now beyond Celtic, but at least the consolation of the Europa League group stage is very much within their grasp now. 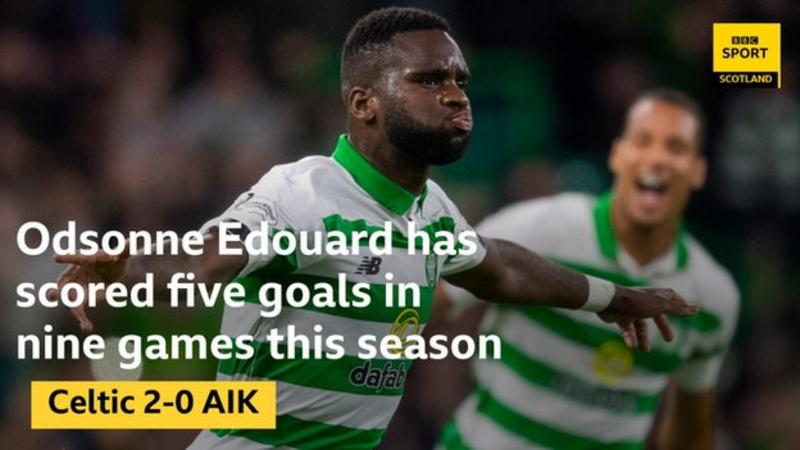 Man of the match – Odsonne Edouard

Edouard has been pin-sharp this season and this was another classy performance, full of subtle touches, intelligent running, physicality and vision. And, of course, a goal. A peach.

He led the line wonderfully and deserved his chance to execute from the free-kick. And how he executed. Leigh Griffiths would have applauded. A free-kick wizard of another vintage, Shunsuke Nakamura, would have done the same.