UNAI EMERY has a real dilemma on his hands over whether to start Petr Cech or Bernd Leno for the Europa League final.

Pressure is mounting on the Spanish boss to use his head over his heart and drop Cech for the clash against his old team – in what would be his last-ever match. 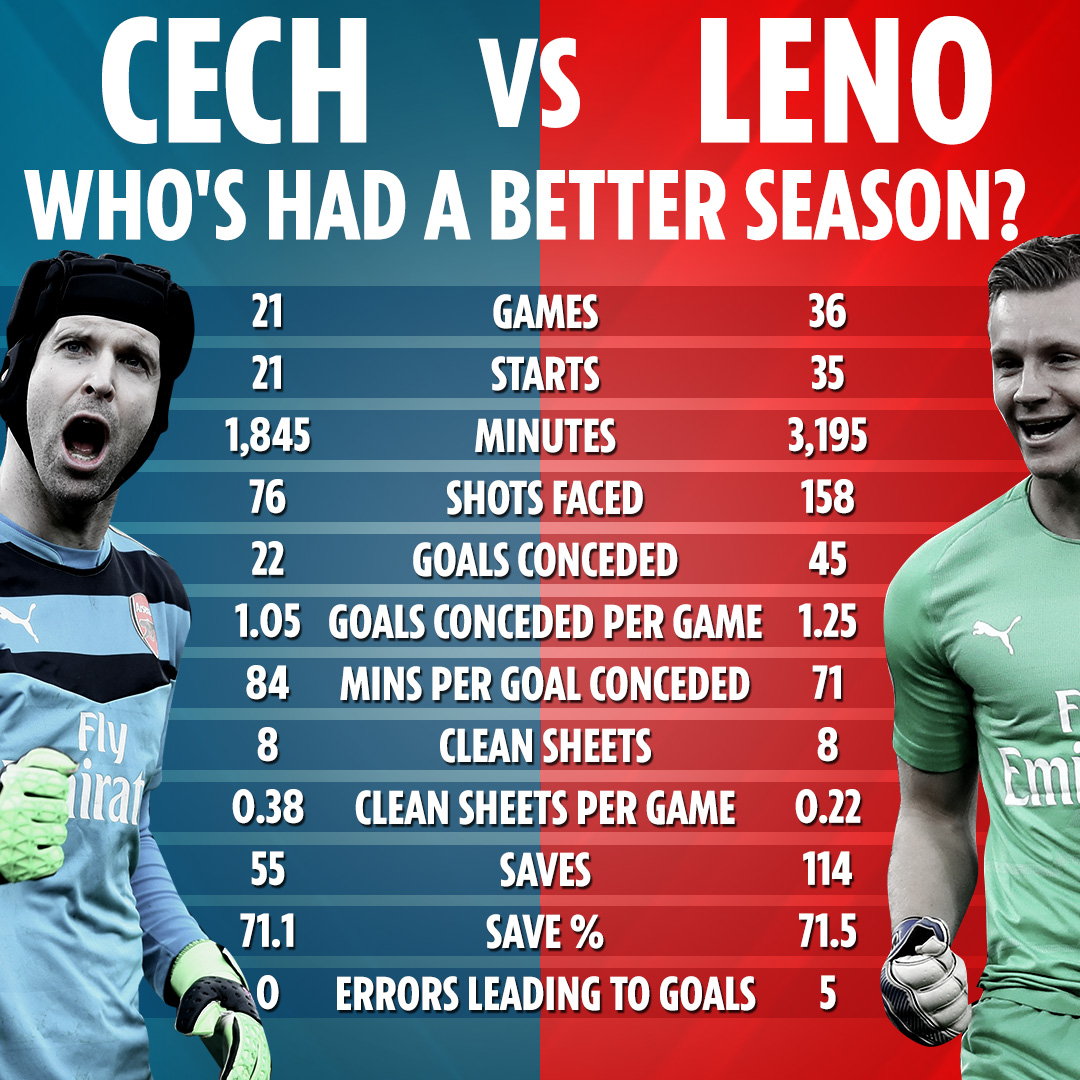 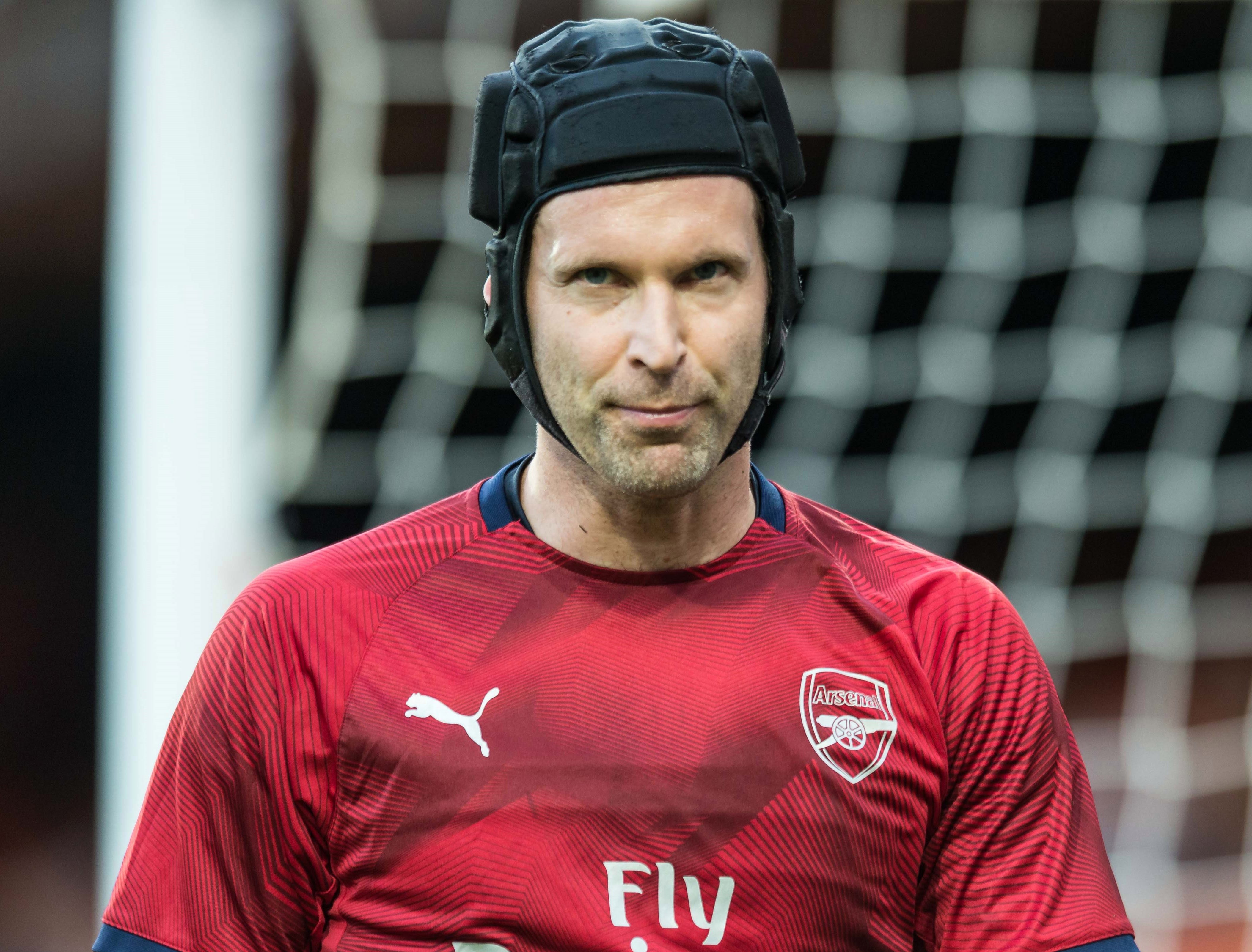 Gunners fans want Cech to be left on the bench for the game that represents their only chance of silverware this season over his Blues links.

Cascarino summed up the situation in a piece for the Times, saying: "Petr Cech should not play in the Europa League final for Arsenal.

"Not because he is due to join their opponents Chelsea as a sporting director but because, at this stage in his career, he is far inferior to Bernd Leno."

Cascarino went on to claim it would be a "sackable offence" if Emery were to start Cech for the crunch game.

But would Emery really be that daft to start the Premier League legend? After all his experience at clinching silverware could prove key.

We've taken a look at the stats to find out just who should start the game: Leno or Cech.

But the ex-Blues stopper, ten years Leno's senior at 37-years–old, has arguably had a better season – at least, statistically.

First and foremost, Cech has conceded fewer goals per game, at 1.05 compared to Leno's 1.25.

Both goalkeepers have kept eight clean sheets this season, meaning the Czech has earned 0.38 per game, to the German's 0.22.

Both stoppers have saved 71 per cent of their shots on target faced, but the most worrying statistic is the errors leading to goals.

Leno has made FIVE blunders directly resulting in a goal for the opposition – while Cech is yet to make a gaffe that's led to Arsenal conceding.

Of course, you have to caveat the stats with the fact Cech has played plenty of cup games, while Leno has been the No1 in the ultra-competitive Premier League.

But Cech has still played some strong teams in strong competitions, including seven Prem games.

Cech has won 14 major titles, including four Prem crowns, in his career – while Leno has won nothing. Not a single thing.

Going into such a big game, the veteran No1's experience could be crucial. So what will it be Mr Emery? 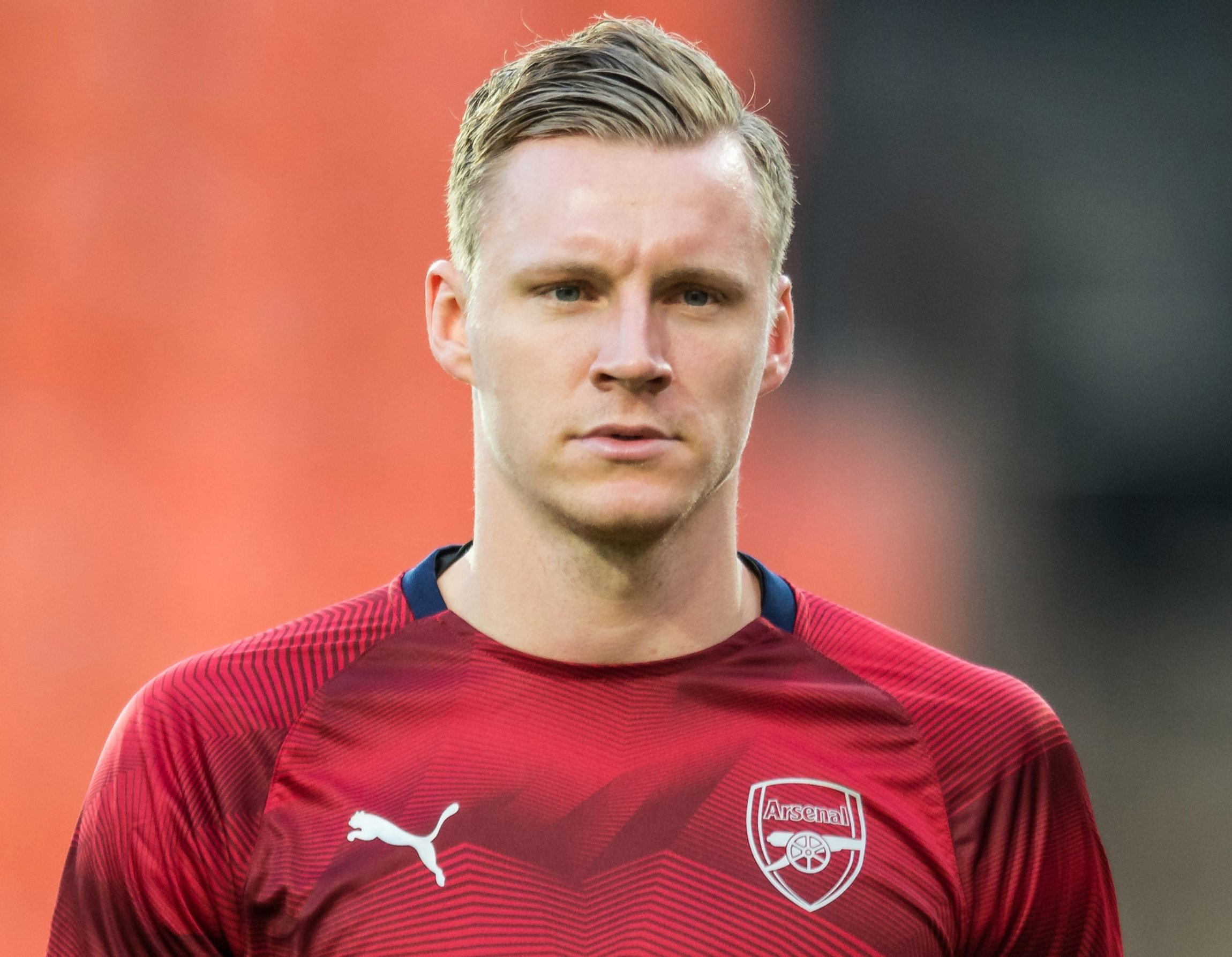