JONATHAN WOODGATE pushed his claims to land the Bournemouth manager job on a permanent basis after a second straight win.

Sam Surridge and Junior Stanislas got the goals which booked a quarter-final place tor the Championship club. 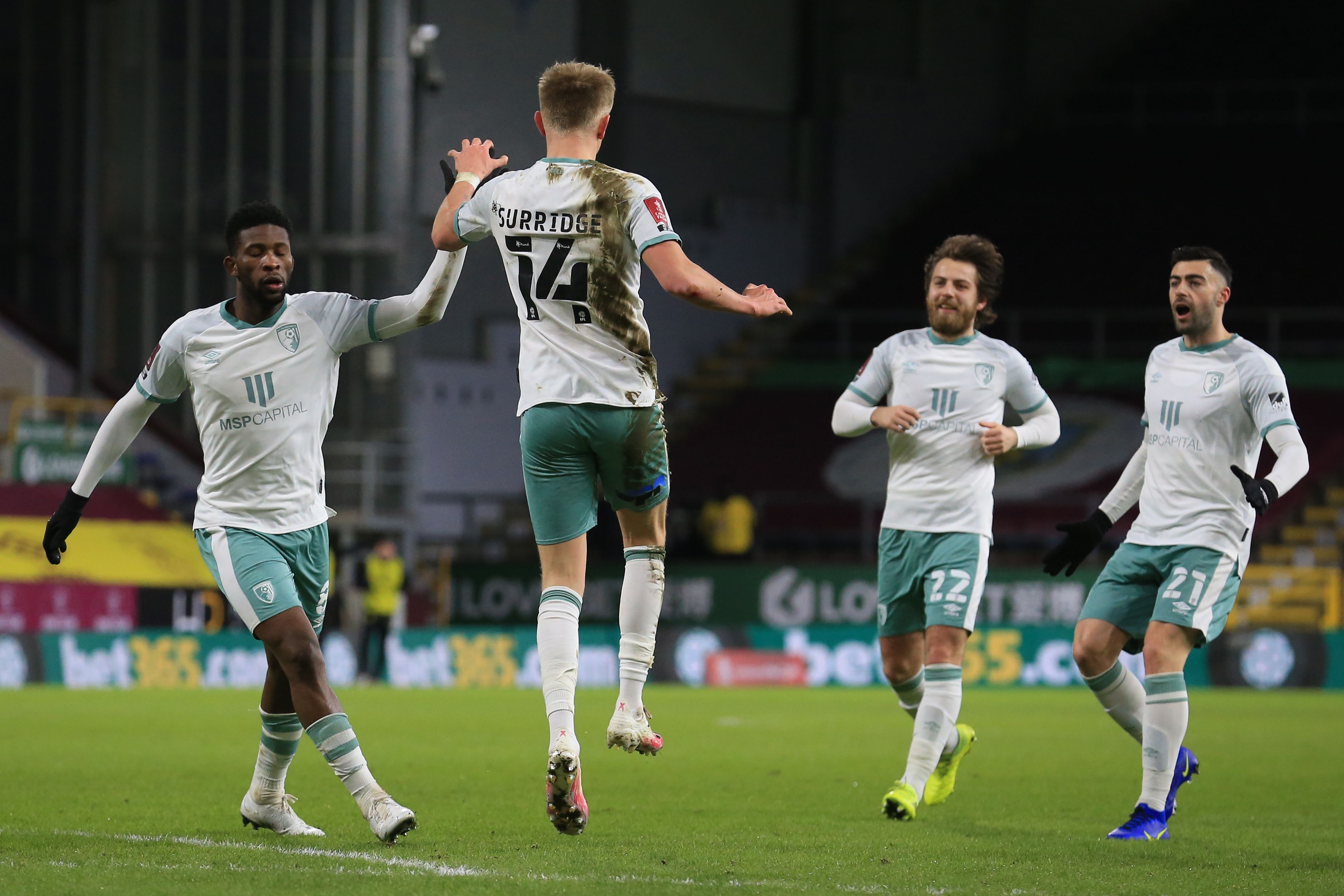 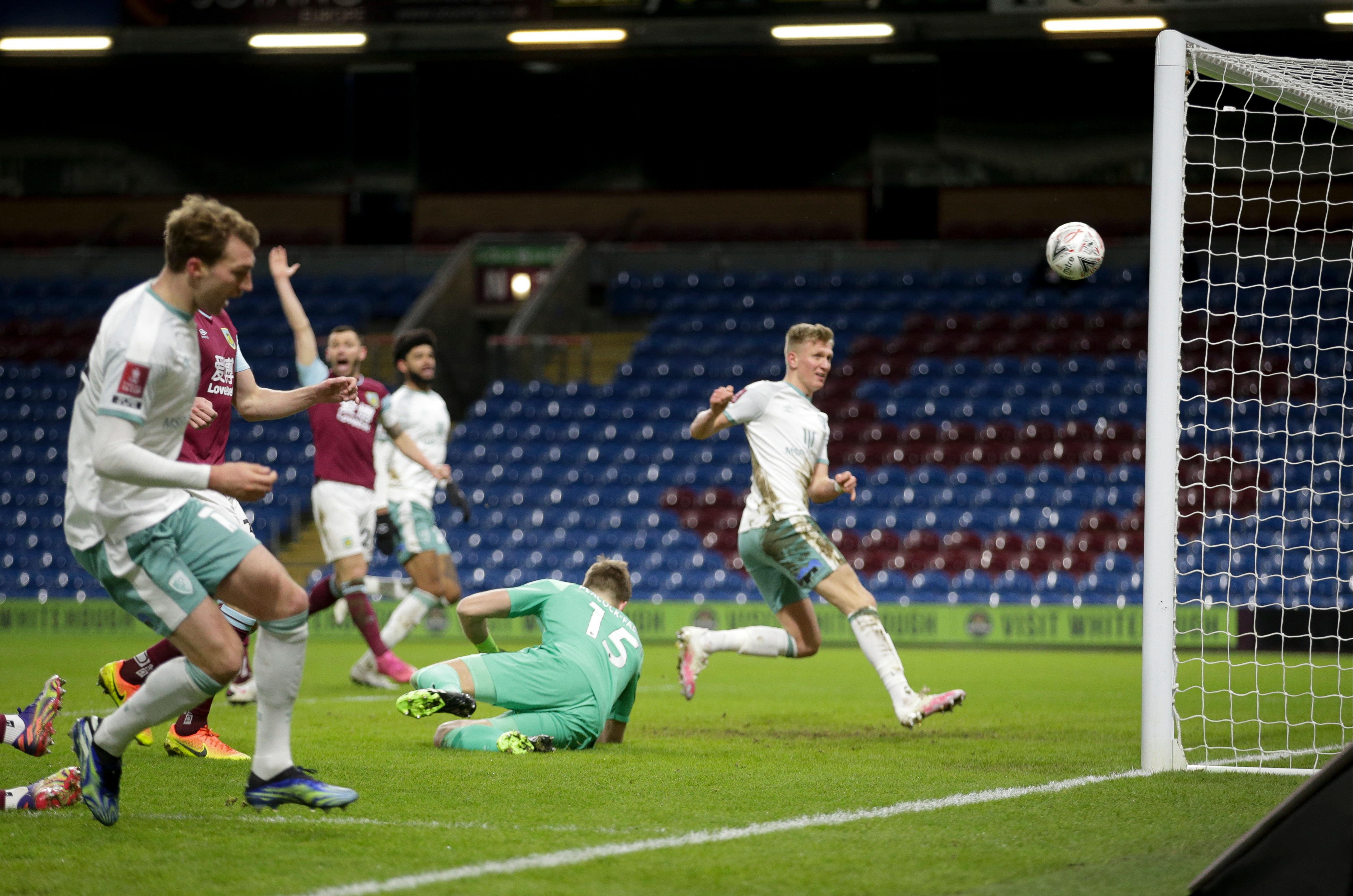 But Burnley ended the night red-faced – and not just because they were knocked out.

Clarets boss Sean Dyche had planned to make seven changes to the team who drew with Brighton on Saturday.

But that became eight when they realised that Erik Pieters – who had been named on the teamsheet – was actually suspended.

Broadcaster BT claimed they had brought it to Burnley’s attention – although they club said they spotted it themselves, calling it an 'administrative error'.

What was clear was that the Clarets would have been in big trouble had it not been picked up in time.

His late replacement Anthony Glennon had a tough time as Bournemouth got plenty of joy down his flank early on.

Their opening goal came from there midway through the first half as David Brooks slipped in Jack Stacey.

His low cross from the right made its way to former England Under-21 man Sam Surridge who turned home from close range. 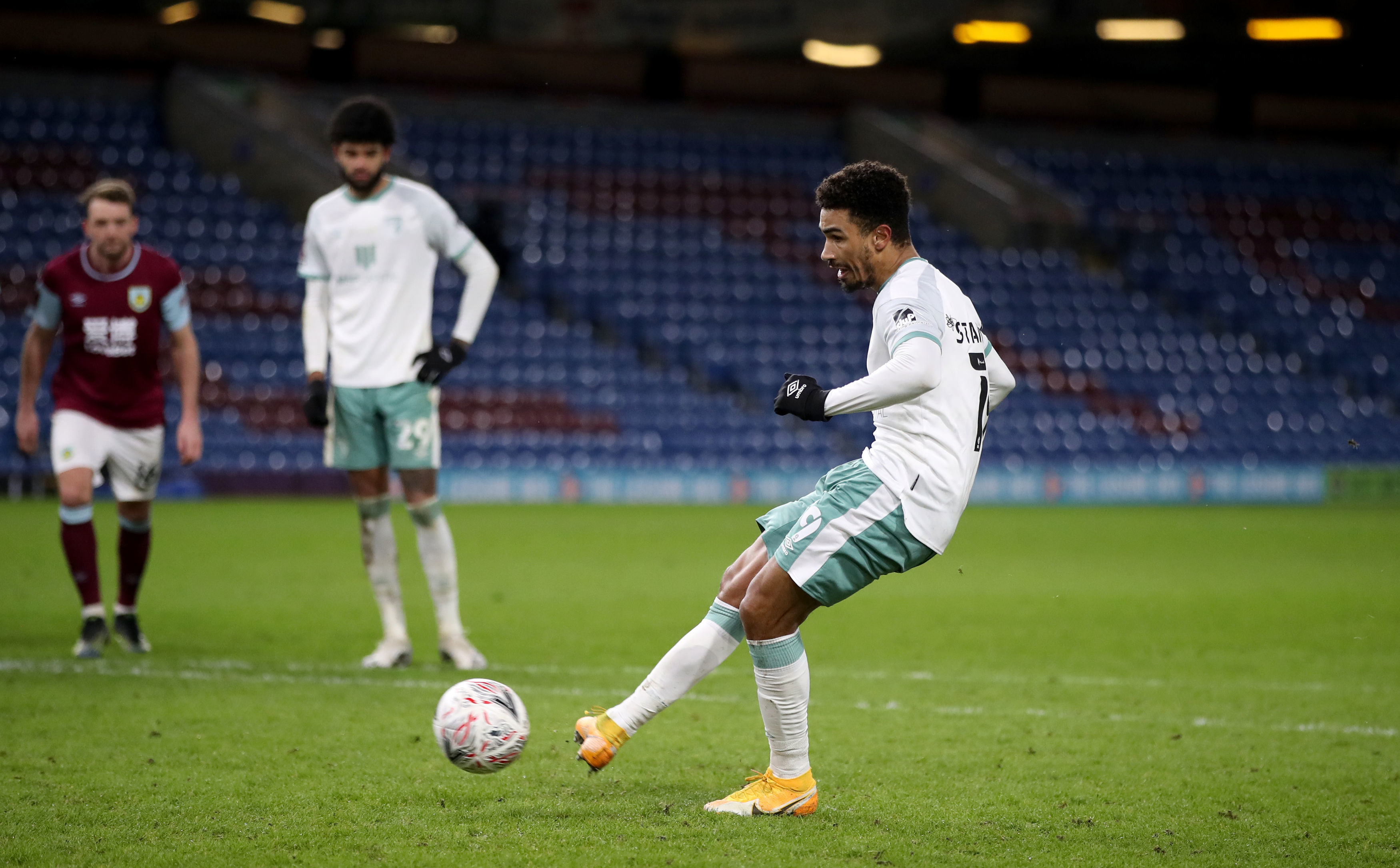 The Championship side had much the better of the first half with keeper Bailey Peacock-Farrell making a smart save to keep out a header from his own midfielder Dale Stephens.

Burnley improved after the break and Matej Vydra found some space and held off half-time sub Chris Mepham but was denied by Asmir Begovic.

Dwight McNeil’s thumping shot slipped through the hands of Begovic but the former Chelsea keeper got enough to get it round the post.

Vydra then shanked his effort into the path of Jay Rodriguez who scooped his shot over the bar from six yards.

Bardsley’s 25 yard shot through a crowd of players skipped just wide of the post but the Clarets were unable to get themselves level.

And in the closing stages Surridge was tripped by Kevin Long as he ran onto a clever knock down by Phil Billing.

Former Burnley man Stanislas despatched the penalty in emphatic fashion to put the result beyond doubt.

Woodgate – who landed the temporary job just days after joining former boss Jason Tindall’s coaching staff – must be starting to fancy this.