BRUNO FERNANDES has expressed his frustration after Manchester United dropped more points at home against Everton.

Anthony Martial put United in front but Fernandes believes his team took their foot of the gas and allowed Everton a way back into the match. 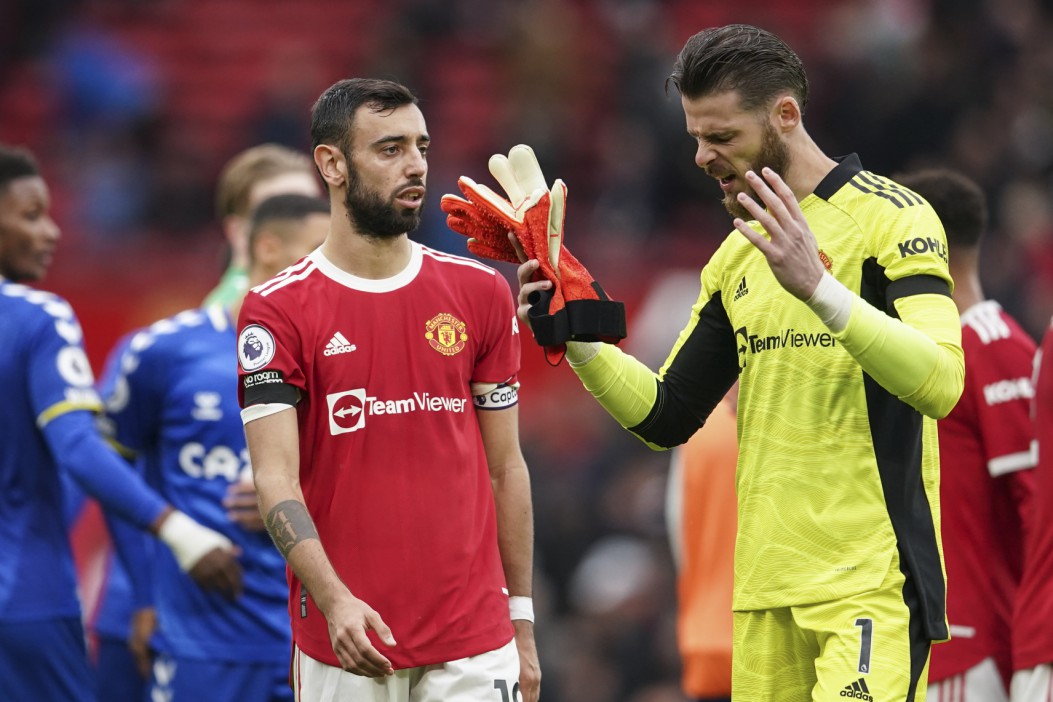 Andros Townsend equalised after half-time and it was the Toffees who looked most likely to find a winner – leaving Fernandes infuriated.

After the match he said: "Of course, I think it's really difficult for us.

"We played really well first half, create a lot of chances. In the second half we slow it down again. Once again we make that mistake. We have to learn.

"We have to learn and the time is now because we cannot do this any more. We did it so many times. We cannot slow the game down when we're winning.

"We have to make it quicker, score once again one, two goals and after, OK, you can slow it down and make them run a little bit more.

"But we have to carry on now. There's no point… we can be frustrated because of the result, of course, but we have to come back after the national team and then be ready for the next games."

CR7 reportedly asked manager Ole Gunnar Solskajer to deploy a more direct style in order to get the ball up to the front players more quickly.

Alex Telles also revealed Ronaldo has complained about a lack of service, so Fernandes's message is backed up an important team-mate.

Fernandes has not shied away after disappointing results this season, apologising to United fans for his last-minute penalty miss against Aston Villa last week.