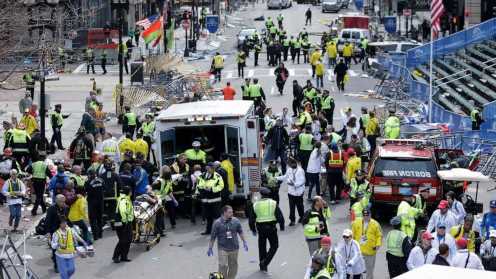 BOSTON — Boston is marking eight years since the bombing at the 2013 Boston Marathon killed three people and injured scores of others.

Acting Mayor Kim Janey on Thursday visited fire stations that had been critical in the response to the attack, as well as the memorials marking the spots where the two pressure cooker bombs detonated near the downtown finish line of the storied race.

Janey’s office said there will also be a citywide moment of silence at 2:49 p.m., marking the time when the first bomb detonated, followed seconds later by the second explosion a few hundred yards away.

The city also marks each April 15 with “ One Boston Day,” a day where acts of kindness and service are encouraged.

The Boston Marathon is traditionally held on the third Monday of April, a holiday known as Patriots Day in Massachusetts. It was held virtually last year and has been moved to October this year because of the ongoing pandemic.