DECLAN RICE says a move to Manchester United could still be on in the future.

But the 20-year-old insists he is happy at West Ham for now. 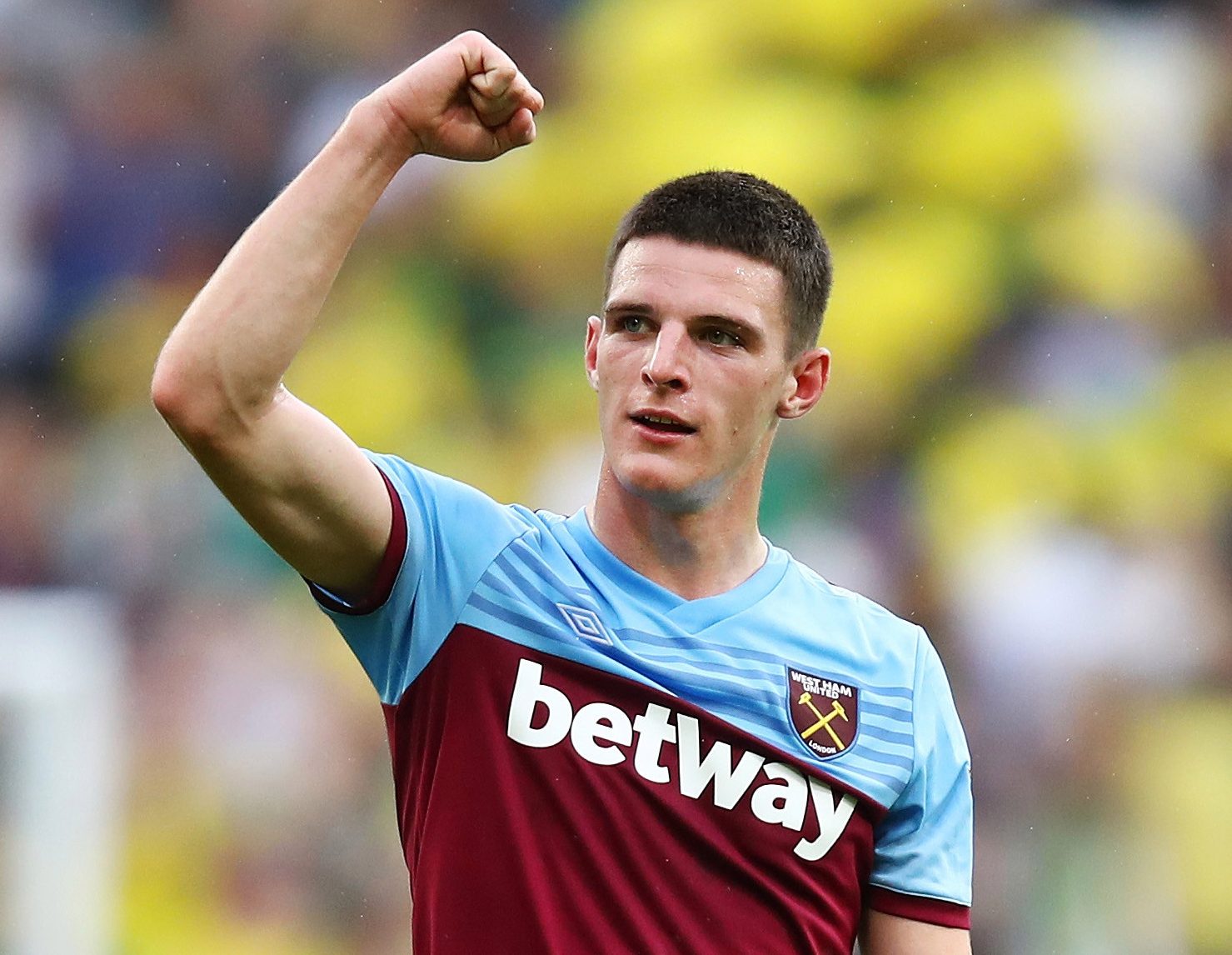 England midfielder Rice was strongly linked with an Old Trafford move all summer but ended up staying in East London.

For now he's happy, but Rice reckons he definitely has the ability to play for a giant like United in the near future.

He told FourFourTwo: "Don't get me wrong, I think I've got the ability to play for a club like that.

"But it's all about the timing and I don't think the timing is right for me at all.

"I've still got so much to learn.

"I'm loving it at West Ham, the connection between me and the supporters is special.

"I've become one of the fans' favourites and the manager likes me.

"It's the best play for me to play football."

Rice, who is rated at £60million, signed a long-term contract with the Hammers last December and his new deal ends in 2024.

United never made a formal bid, with the player's price tag putting them off.

And if a move does not materialise in future, then Rice says he likes the thought of becoming a West Ham legend.

He added: "I've signed a contract here for the next few years and I'm looking forward to playing this season and the season beyond, so we'll just see where it goes.

"To be called a West Ham legend in the future, maybe, would be a real honour."

But Man Utd legend Gary Neville believes Three Lions star Rice should not play for England because he already has three caps for Ireland.

The ex-England full-back blasted the decision to let Rice switch to the Three Lions, saying: “Country is about an emotion.”

And the Sky Sports pundit called on Fifa and Uefa to stamp out the practice and bring in tougher rules.

Speaking at the launch of the Cadbury Premier League Partnership in Dublin, Neville said: “I’ve heard he’s a really good lad, I just think that ultimately a player should not be allowed to play for his country’s senior team and then switch.

“It doesn’t feel right to me. It’s a really strange thing to see and ultimately Fifa and Uefa need to stop it.

“There have been players who’ve asked for interviews and meetings with the national team manager. Why?

“Why is that influencing your decision, do you want some level of guarantee about play?

“Country is about an emotion, it’s about a feeling and that might be England, it might be Ireland, it might be Wales, whatever country you play for I’ve no problem with the process of players picking who they want to play for.

“I’ve issue with this sort of beauty parade to determine which country they play for. It should be taken out of the players’ hands.”