GARETH SOUTHGATE is under pressure to shake up his England starting XI to include in form players.

And data revealed today by SunSport shows Nick Pope should come in to replace Jordan Pickford and Jadon Sancho should start ahead of Raheem Sterling. 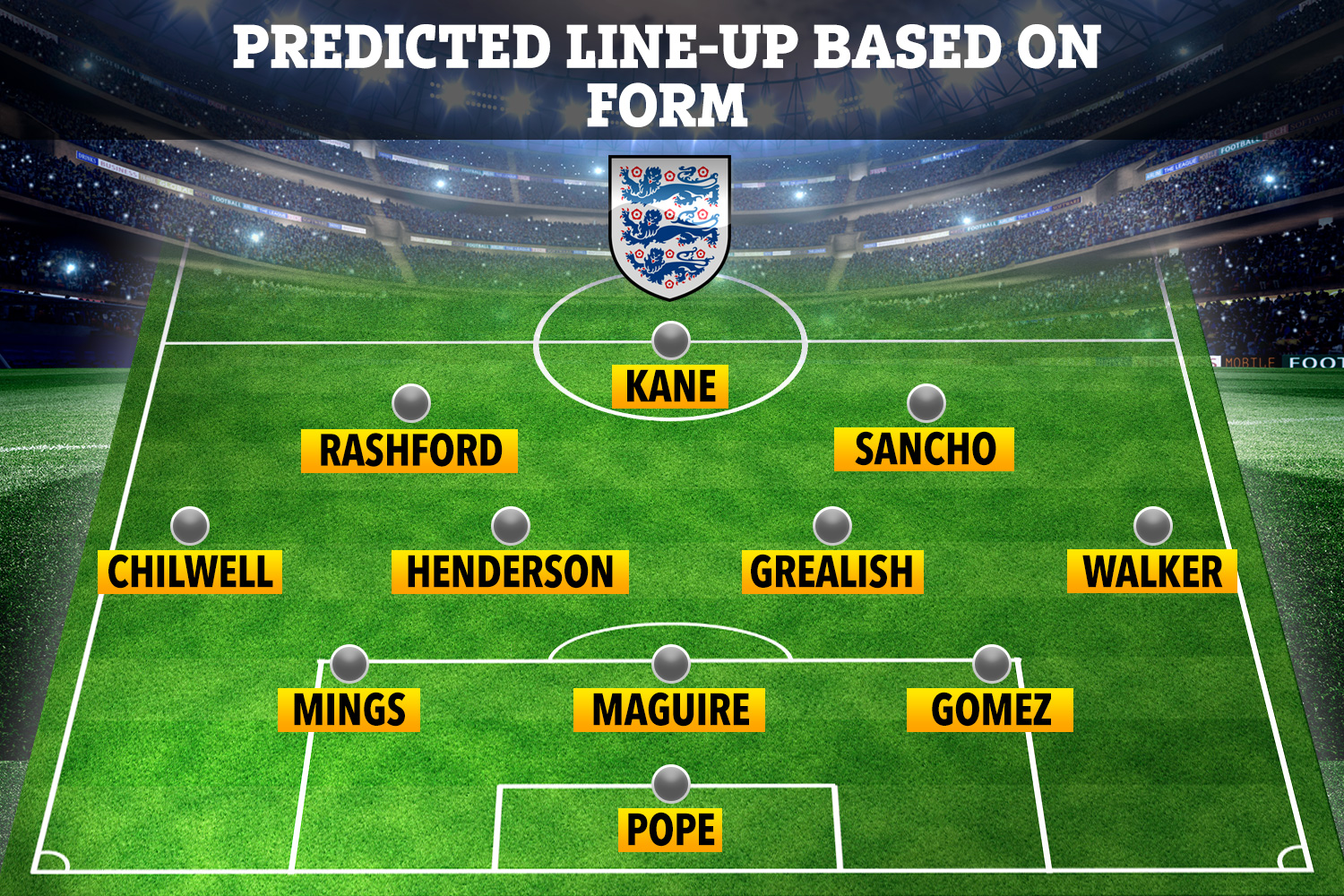 The Three Lions host the Republic of Ireland in a friendly on Thursday night before two Nations League games against Belgium and Iceland.

And data from Carteret Analytics shows which players should start for Southgate based on current form.

Players have been picked to fit into Southgate's preferred 5-2-3 wingback system.

Data from players' last six matches has been used to project their level of performance in upcoming games.

And this method has thrown up some surprises.

Southgate has faced many calls to replace Pickford and stats as far back as September show Burnley stopper Pope should replace erratic Everton goalie Pickford.

And the today's data also suggests Southgate should make that change.

Pickford's Toffees team-mate Michael Keane would also be axed in place of Tyrone Mings whose Aston Villa are currently flying.

At Carteret Analytics we have developed the quantitative analysis utilised to good effect in investment banking for trading strategy, portfolio optimisation, derivatives pricing and hedging, and risk management by our sister corporate finance firm, Carteret Capital – and applied it to football.

In particular, our work provides an objective measure of how good a football player really is – removing all the subjective noise and opinions.

But having withdrawn with a hamstring problem earlier today, the Saints man is replaced by another Villa ace – Jack Grealish.

Further up the field, Sancho starts in place of out of form Sterling despite criticism of his own Borussia Dortmund form.

Sancho's Dortmund team-mate Jude Bellingham was called up for the first-time as Liverpool's Trent Alexander-Arnold also pulled out injured but he does not make the data driven team.

England chiefs are still waiting to see where the Iceland game will take place following the UK Government's new Covid-19 travel ban on non-UK citizens arriving from Denmark due to a new coronavirus strain.

Iceland are set to play Denmark in Copenhagen on Sunday — the same day England travel to Belgium — before flying to London.

The FA are locked in urgent talks with Government officials to force a U-turn and allow the Icelandic team to play at Wembley in eight days’ time.