LESS than a year ago, Hansi Flick had never managed Bayern Munich – but he now stands over a stunning treble with a £7.2million pay packet.

The German's remarkable rise from unemployed ex-Hoffenheim boss to one of the world's top coaches has taken place over the course of a single season. 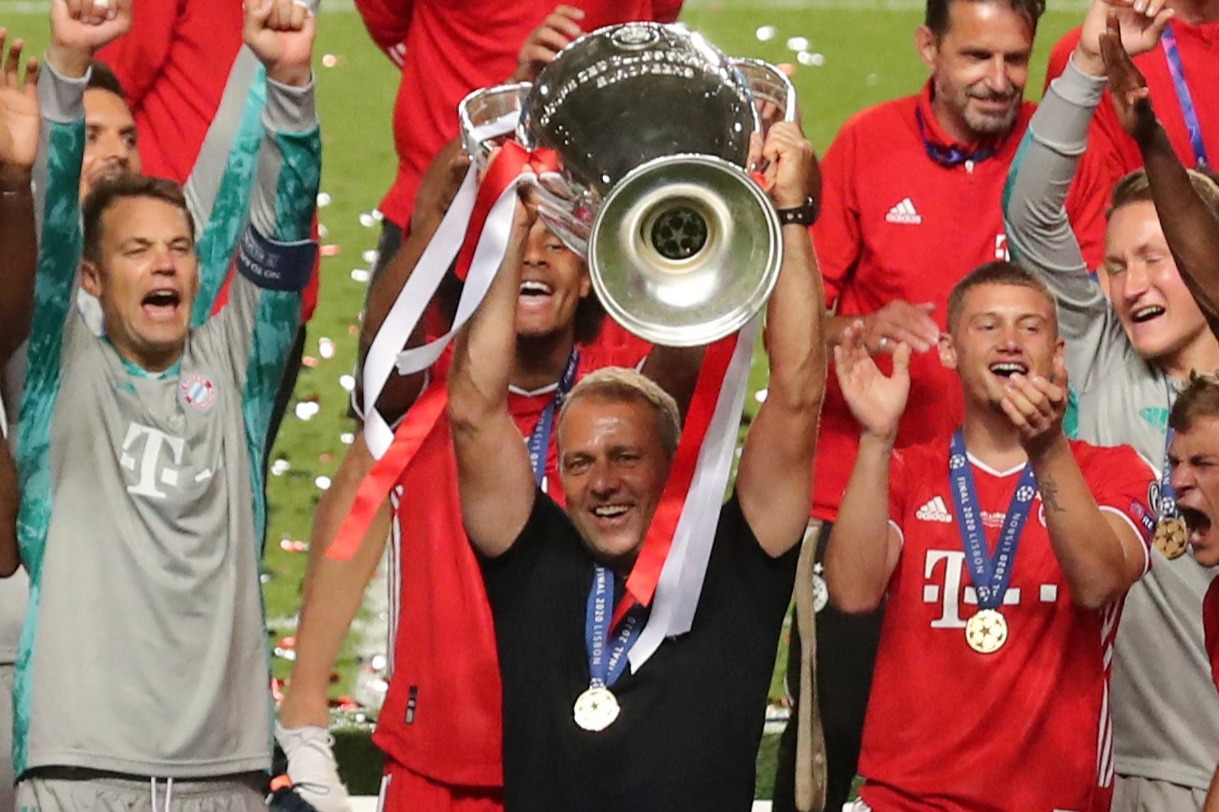 Niko Kovac brought in ex-midfielder Flick in July 2019 to help push Bayern on after the Croat's stuttering but ultimately successful first year in charge.

With eight years as Joachim Low's assistant under his belt before becoming German FA sporting director, his reputation was already considerable.

But, when Kovac was dismissed in November and his right-hand man lost two of his first four games as caretaker, few predicted what was about to unfold.

Munich were already impressed enough to award Flick a three-year deal in April, worth £7.2m according to Bild, amid speculation Mauricio Pochettino could take over long-term.

Flick hasn't tasted defeat since a December 7 loss to Borussia Monchengladbach and swept his side to the Bundesliga crown via 13-straight wins.

The second part of the treble was bagged with a comprehensive victory over Bayer Leverkusen in the DFB-Pokal final. 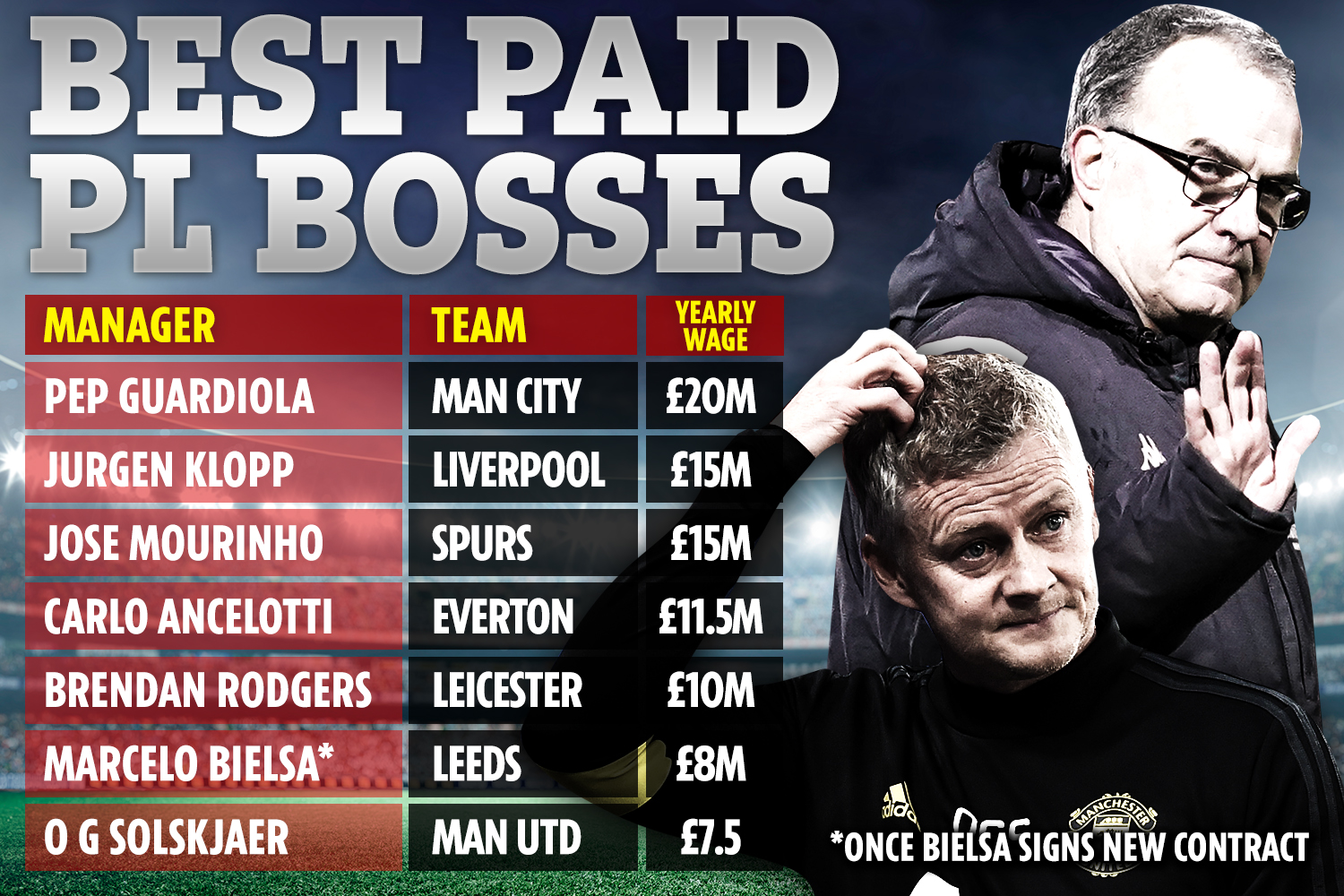 And the Champions League title rounded off a stunning season, dispatching Barcelona 8-2 alongside comfortable wins over Chelsea and Lyon. A Kingsley Coman header then secured victory in the final.

Flick's wage is far from inconsiderable but is miles behind one of his Bayern predecessors, Pep Guardiola.

The Manchester City coach has been unable to deliver the European crown to Eastlands having failed to do so in Bavaria, yet earns £20m-a-year.

In fact, Flick is behind big spenders Everton and Leicester, where Carlo Ancelotti bags £11.5m-a-year and Brendan Rodgers is on £10m.

Even newly-promoted Leeds pay more for their coach than the treble winners, with Marcelo Bielsa set to be on £8m per season having ended their top-flight exile.

Meanwhile, Ole Gunnar Solskjaer's similar status as a relatively untested coach at a big club puts him on a similar pay bracket as Flick, on £7.5m-a-year.