BARCELONA will go back in for Chelsea star Willian – and hope to snap up the Brazil winger on a FREE transfer.

The £30million man is out of contract at the end of the season. 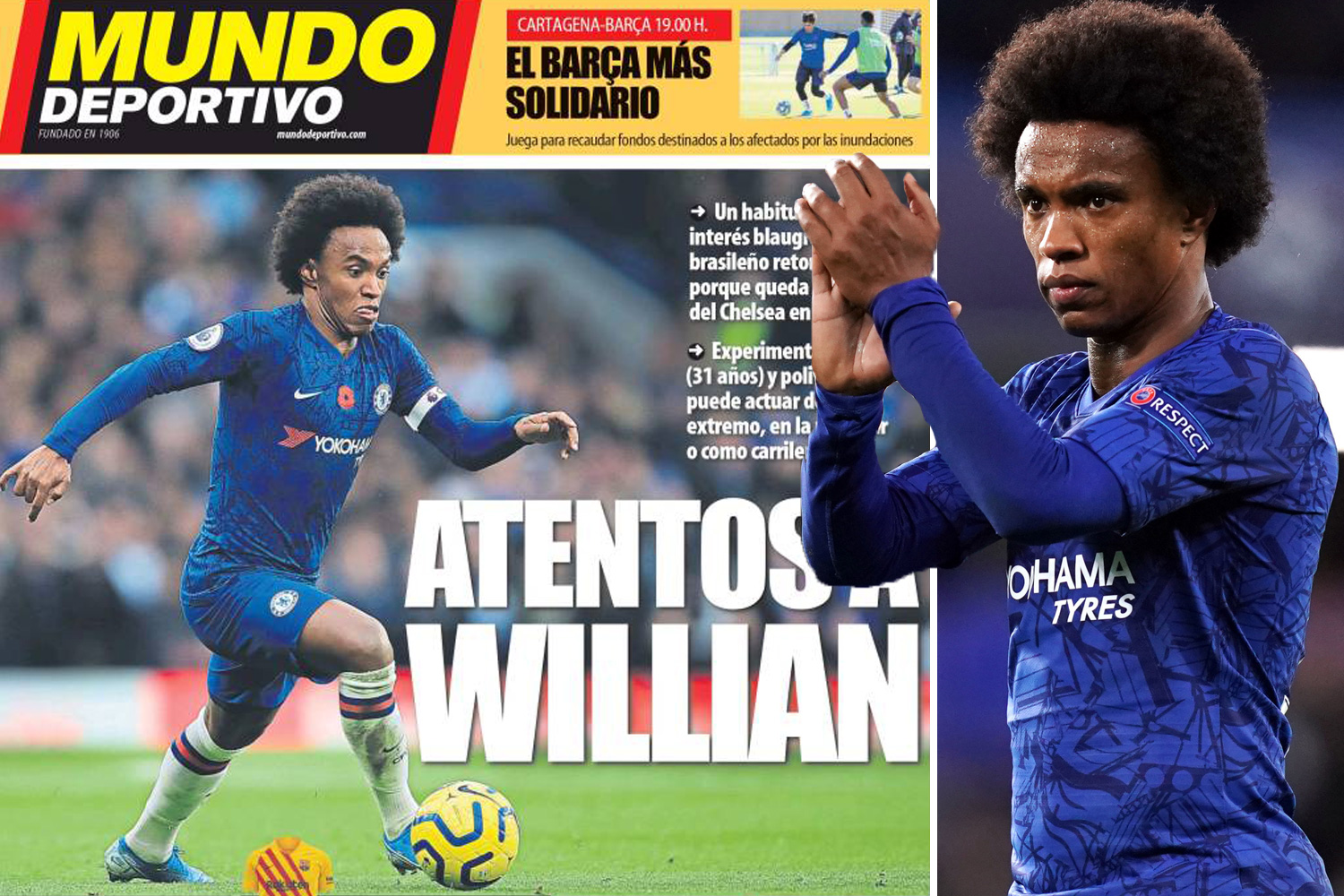 But his resurgence this season under new Stamford Bridge chief Frank Lampard has convinced the Catalans they need to get him quickly.

Catalan sports daily Mundo Deportivo says Barca want the 31-year-old as the club need to freshen up their attack with Lionel Messi and Luis Suarez moving toward the end of their Nou Camp careers.

Blues boss Lampard is also keen on keeping the South American, and the club are trying desperately to get him to sign a new deal so he does not leave for nothing next year.

Willian can sign a pre-contract in January with a foreign club.

And Nou Camp chiefs are ready to offer him a mega-money deal to lure him away from England.