FRENKIE DE JONG was given a brilliant send-off by Ajax fans as he prepares to move to Barcelona.

The Dutch midfielder helped his side win the Eredivisie in his final season and they almost went all the way in Europe. 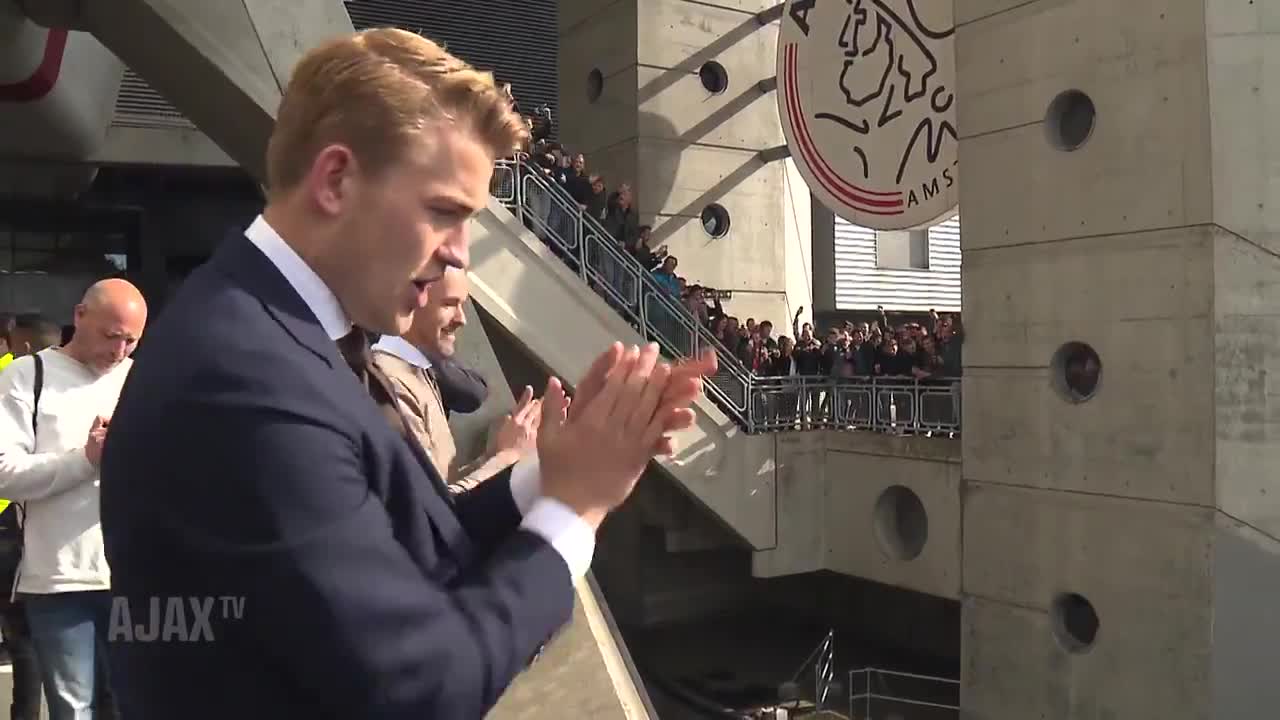 His £65million transfer reflects the value Ajax place on him and thousands of fans gathered to chant his name.

De Jong, 22, stood proudly outside the stadium as a huge crowd of supporters sang and banged drums below.

The youngster is one of the best prospects in European football and Barca had to fight off interest to secure his signature.

He was instrumental in the run to the Champions League semi-final as Tottenham scored a last-gasp winner to deny the Netherland outfit a spot in the final.

Ajax struggle to keep hold of their top talents as they cannot compete with the wealth of Spanish and English clubs.

Mundo Deportivo report that De Ligt's move to the Nou Camp is practically a done deal and the clubs just need to go over the formalities.

Arsenal were also keen on the teenage defender but Barca are clear favourites.

The Gunners want to sign a central defender and have lined up a move for Harry Maguire, as revealed exclusively by SunSport.