BARCELONA'S economic crisis has been laid bare by Joan Laporta with the LaLiga giants in £1.15billion of debt.

The club president revealed the daunting figures on Monday after the Catalans played their first LaLiga match since Lionel Messi's departure. 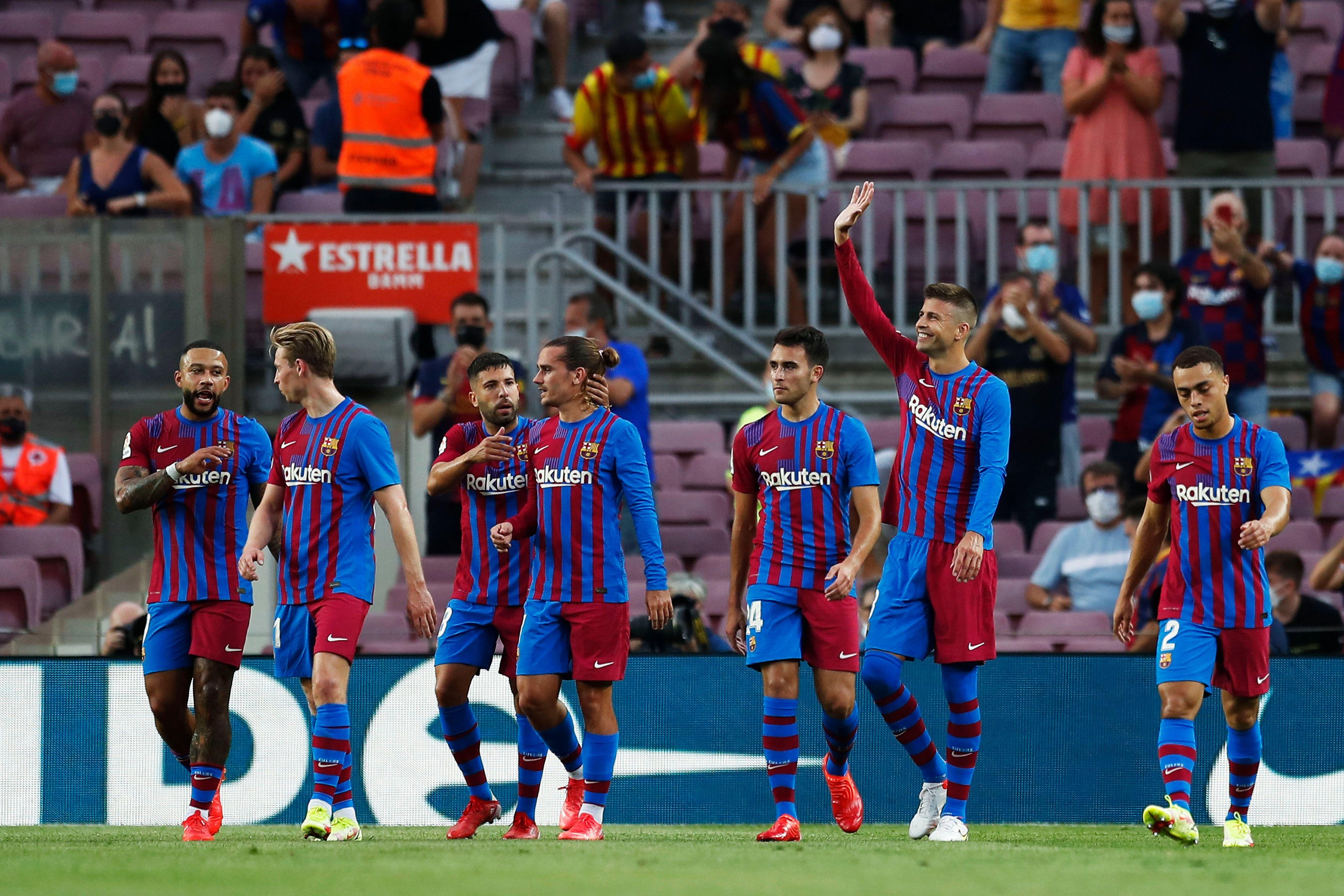 Even with the Argentine's huge wage taken off their books, the club remain in a cash crisis.

Laporta, 59, took over in the spring after the much-criticised reign of Josep Maria Bartomeu, who resigned in October.

The Blaugrana chief detailed how he was immediately forced to take out a £68million Goldman Sachs loan simply to pay the players' salaries.

After a debt restructuring of £475m, the total debt owed by the club has topped £1.15bn.

Laporta stated that 103 per cent of Barcelona's income is currently going on its overall wage bill, which totals £524m in pay and amortisations.

In addition, the Spanish side estimate they lost £77m in income due to the coronavirus pandemic.

Laporta told a press conference: "We have encountered an erroneous economic salary policy, which caused a lot of damage.

"It's what the experts call the inverted pyramid; young people with very short contracts and very long contracts for veterans."

Barcelona kicked off their season with a 4-2 win at home to Real Sociedad on the weekend and Laporta described how significant repair works were undertaken on their Nou Camp stadium.

He added: "We found urgent works required at the Nou Camp and we found this in a 2019 report that warned of a danger to the public.

"There were 119 issues that cost £1.5m. Thanks to this work we were able to open the stadium yesterday.

The Aguero case is still not resolved. But other negotiations are going well.

"If it had been a game earlier, we wouldn't have been able to play at the Nou Camp, because we couldn't put the fans at risk."

However Sergio Aguero is still not officially registered to play, although the veteran striker is out anyway with a calf injury.

Laporta added: "We are satisfied, we have already resolved this issue with Pique.

"I greatly appreciate their predisposition. There are players who are not just footballers, like Pique, who is a club man and loves Barcelona.

"His act is very commendable, not everyone is doing it. It allowed us to register Eric, Memphis and [Rey] Manaj.

"The Aguero case is still not resolved. But other negotiations are going well.

"Solutions are being sought and they have a good predisposition. The idea is to restructure [the wages] across the entire workforce.

"They don't like it. No one wants to lower their salary. Given our context, there is total understanding. We seek to solve it as soon as possible."