NICOLAS PEPE’S moments of magic have been few and far between since joining Arsenal for a whopping £72million.

But he provided one tonight with an ingenious goal to kill off Irish minnows Dundalk just after the break. 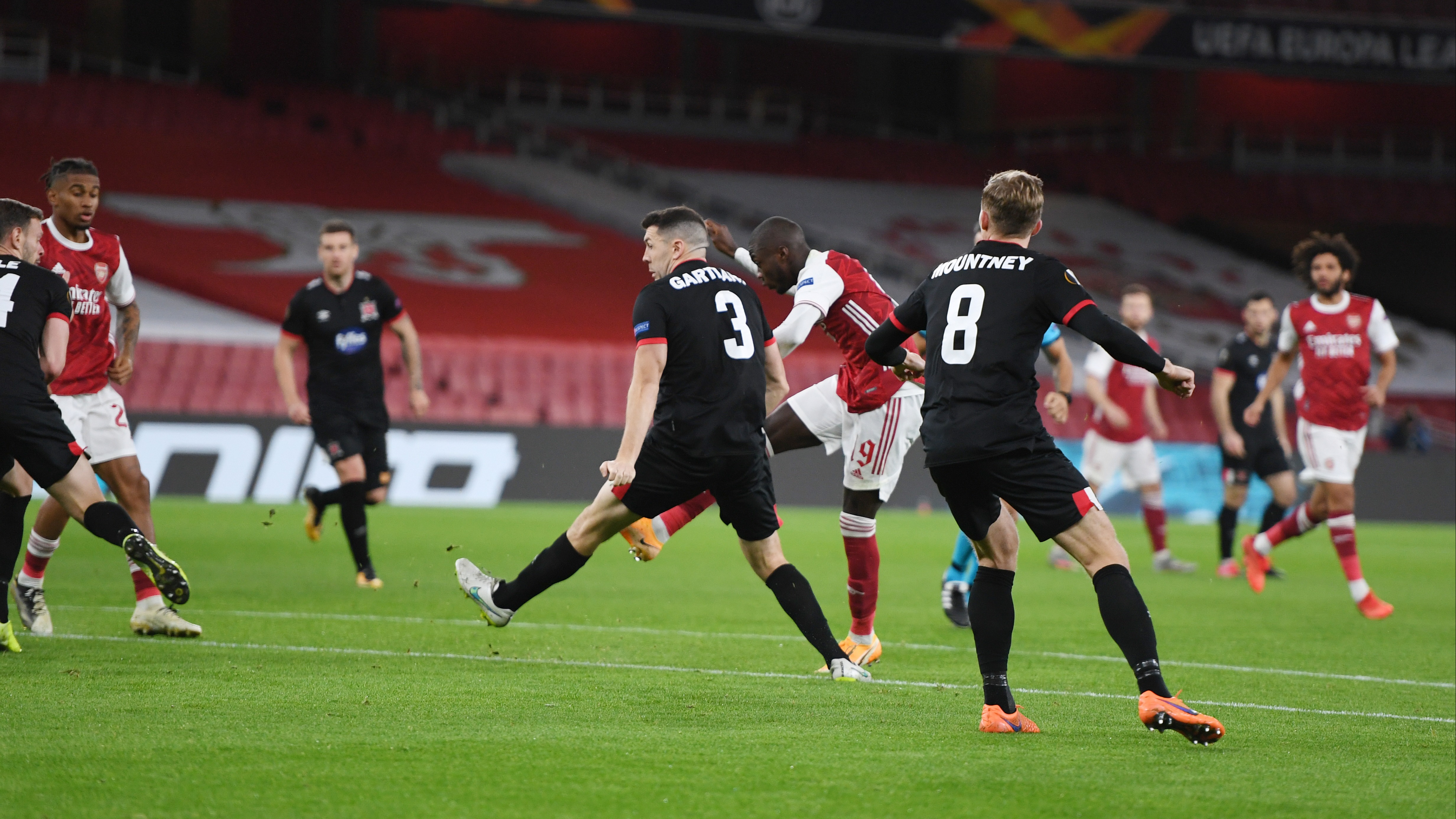 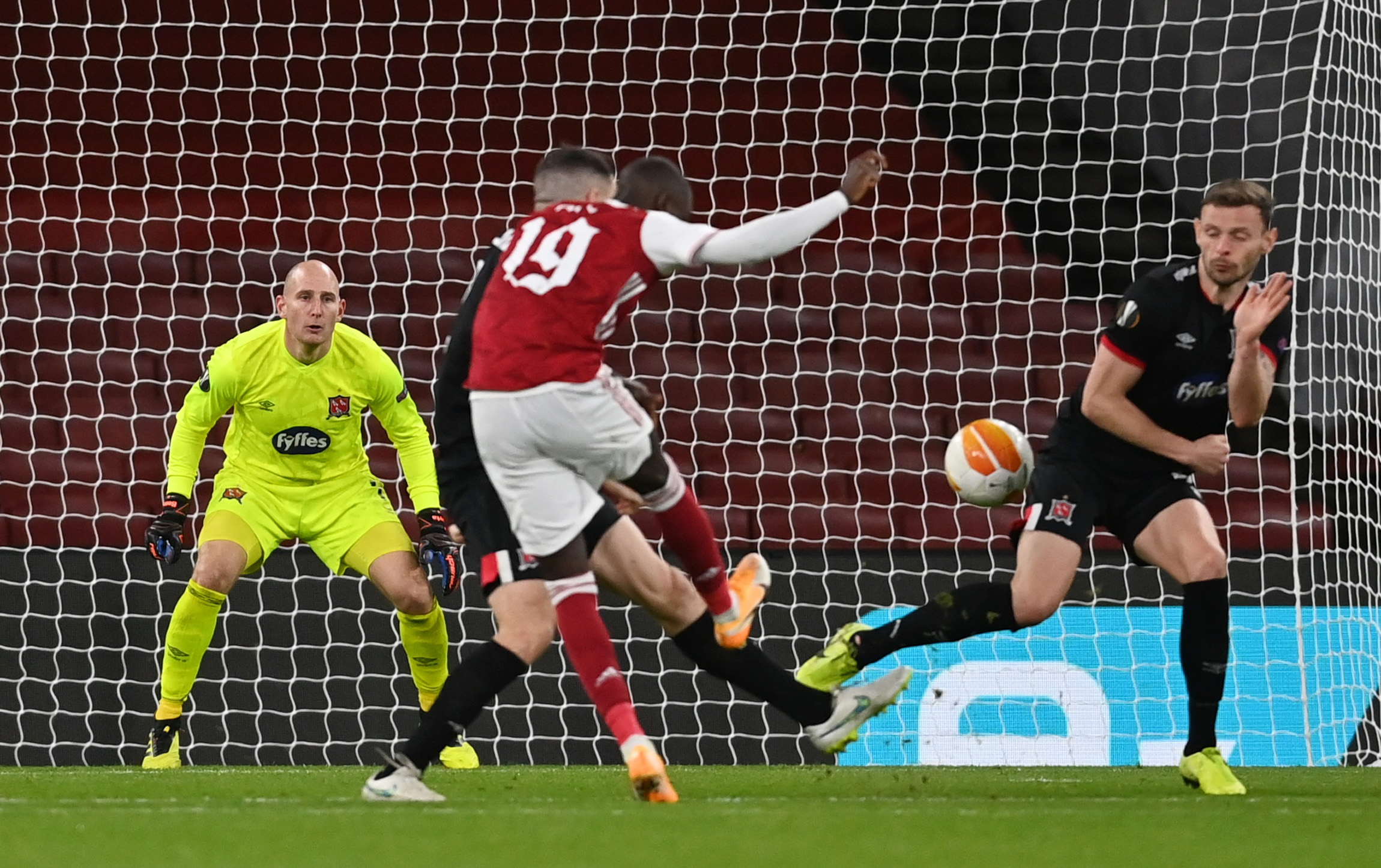 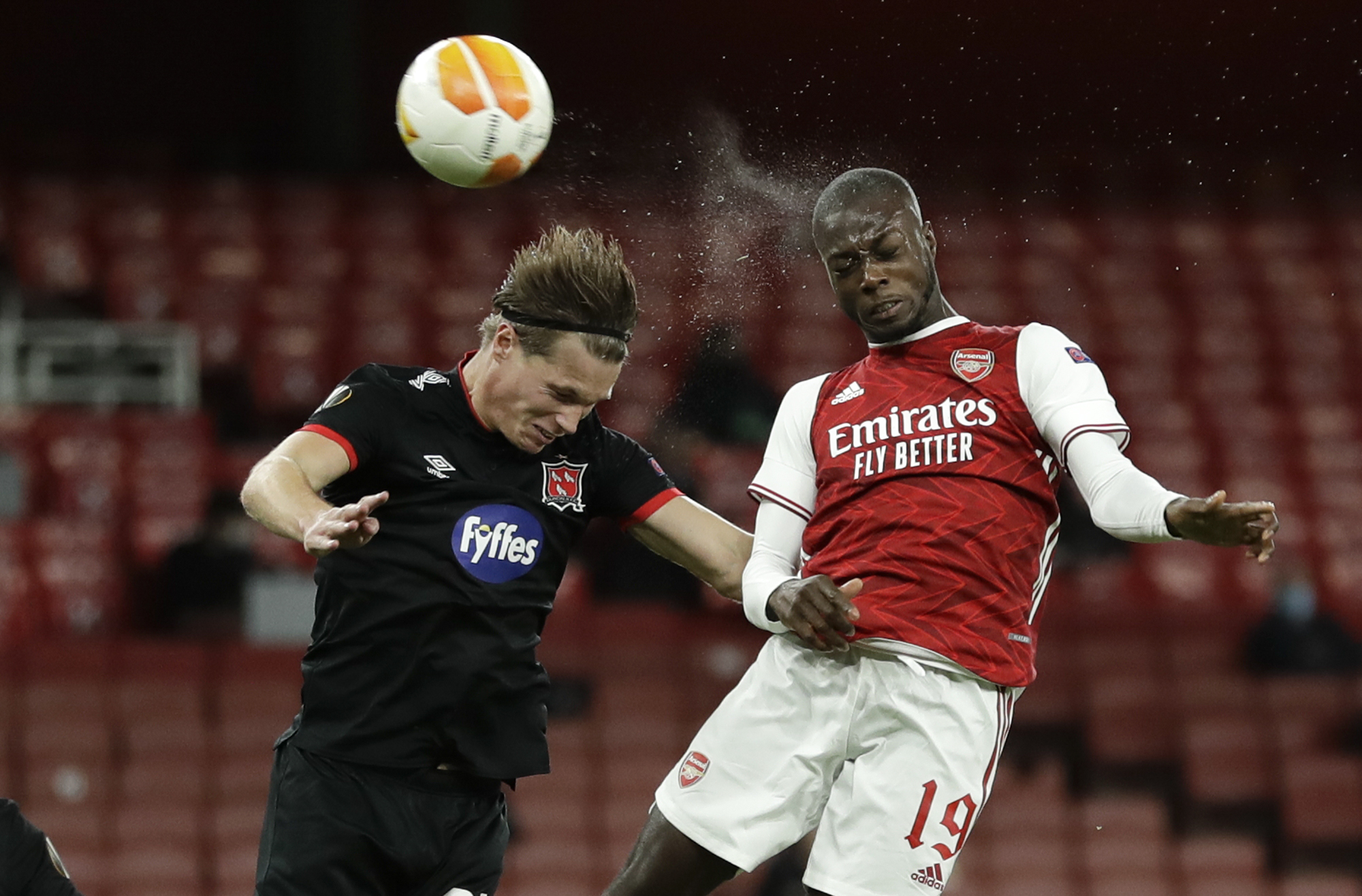 Picking up the ball on the edge of the area, Pepe skilfully rolled the ball away from the defender with his left foot and then whipped it into the top corner with his right, all in one movement and with very little backlift.

It was a strike of the highest quality – and will leave Gunners fans hoping there is more to come in his second season at the club.

The ex-Lille man came off on the hour, which may suggest Mikel Arteta plans on involving him against Manchester United this weekend.

Though a start at Old Trafford would still be a surprise, given how underwhelming the winger has largely been since becoming Arsenal’s most expensive signing.

It is not Pepe’s fault that the North Londoners splashed out such a massive fee for his services – albeit with the payment spread out over a number of years.

But even the 25-year-old may admit he struggled to justify that sum in his first term.

If he had, he would already be a regular in Arteta’s first-choice XI and probably would not have featured tonight.

Yet there are numerous examples of foreign players who had an indifferent maiden season and went on to shine after adapting. 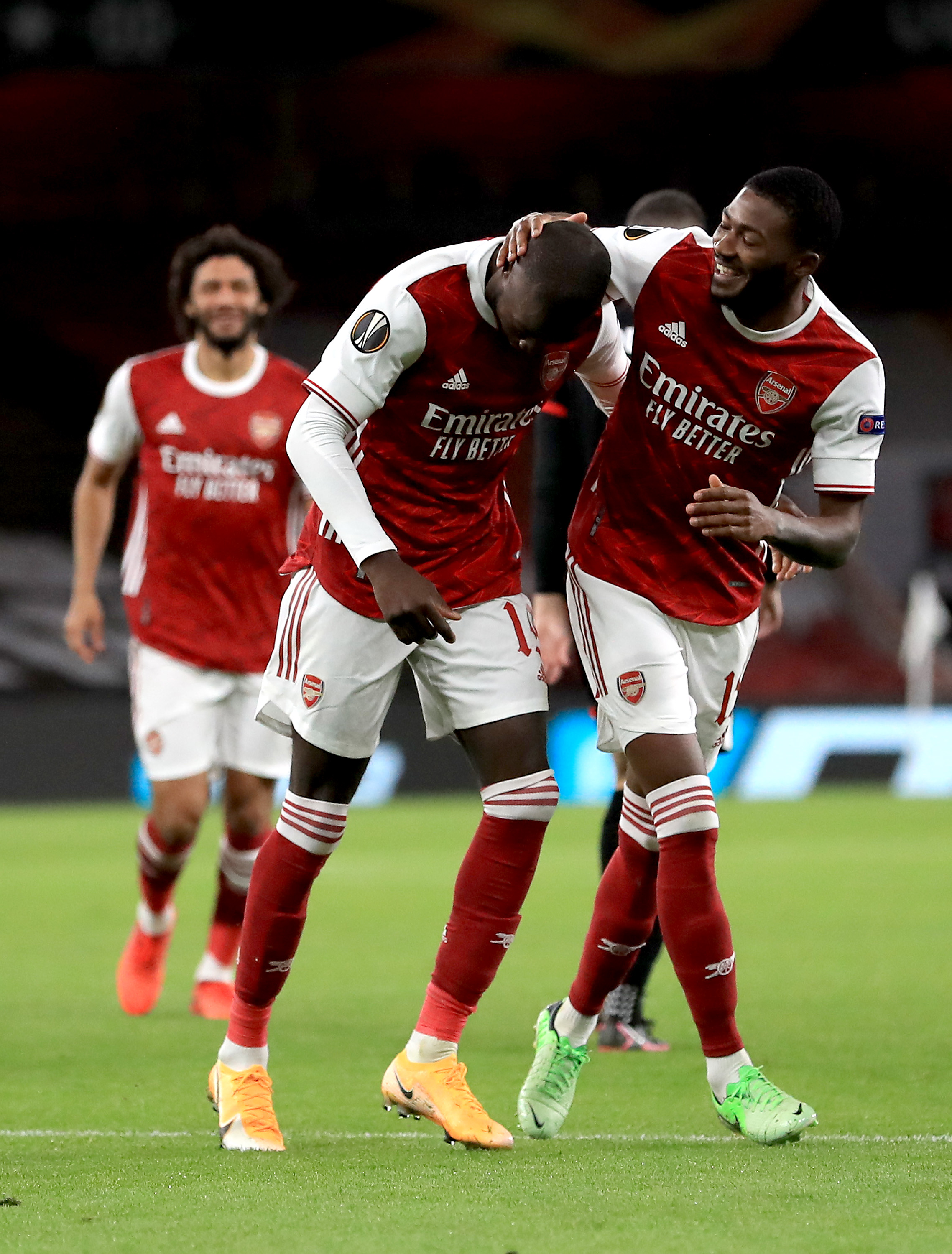 His compatriot Didier Drogba, obviously a very different type of player positionally, took TWO campaigns before he showed what he was really capable of at Chelsea.

So there is still plenty of time for Pepe to prove he can showcase his obvious talent on a far more consistent basis at the Emirates.

Because if he can, far better teams than Dundalk will struggle to live with him.