JONATHAN DINZEYI copied Sol Campbell's move from Tottenham to fierce rivals Arsenal – and now he wants to follow in the footsteps of Bukayo Saka and Eddie Nketiah.

The 20-year-old defender made the shock move across North London on a free transfer last week. 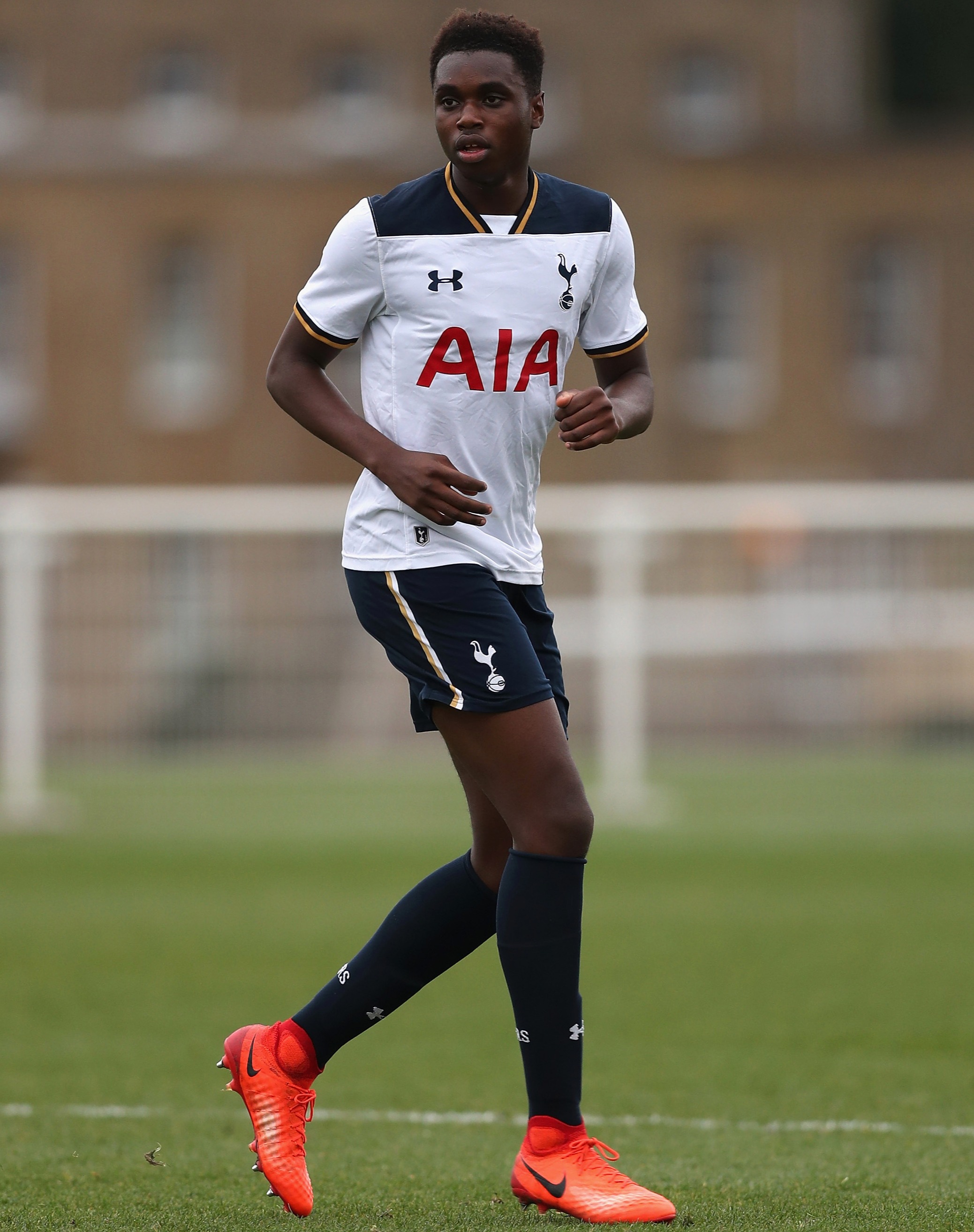 Despite risking the wrath of Spurs fans, Dinzeyi can't wait to get started at Arsenal and become the latest youngster to be given a crack at first-team action.

Dinzeyi claimed the chance to work with Gunners legend Steve Bould was a deciding factor.

The young defender said: "Knowing that Steve Bould is the head coach was a big factor for me.

"He's a legend at the club and he's played in my position.

"I'm really hoping I can learn from him to develop my game."

Dinzeyi also revealed he has been inspired to join Arsenal thanks to a procession of youngsters getting first-team action in recent seasons.

He continued: "Seeing the likes of [Reiss] Nelson, Saka, Nketiah and [Joe] Willock getting chances was a big thing for me too.

"That was another reason why I wanted to come here.

"I believe if you train hard then you'll play well and the manager will give you the opportunity for you to show what you're about.

"I'm really glad I've been given this opportunity."

Dinzeyi even confessed to being a childhood Arsenal fan – rather than former club Tottenham.

He claimed: "It's a great feeling [to join]. Arsenal are a massive club and they were actually the first club I supported as a child.

"They have a great history and with the new manager coming in who likes to play a lot of young players.

"I think it's a great opportunity for me to show the fans and the coaching staff what I'm about.