PIERRE-EMERICK AUBAMEYANG admits his amazing chemistry with Alexandre Lacazette is the secret behind their success.

The Arsenal strikers have developed a brilliant bond this season, their first full campaign together. 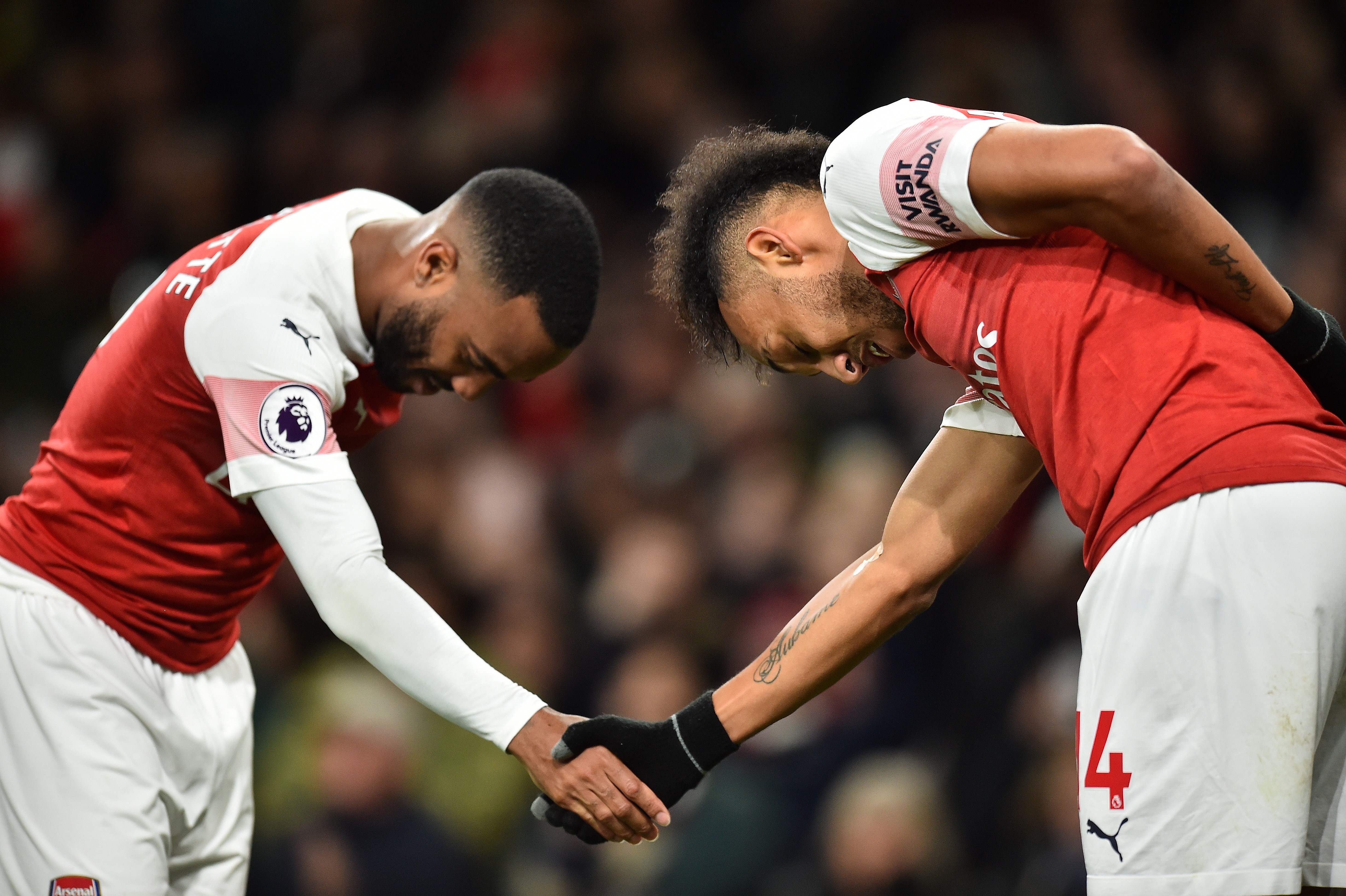 And the Gabonese striker, 29, reckons it is because they understand each other's game so well.

Speaking to RMC, Aubameyang said: "I already knew his style of play, our first meeting was great. We share the same view of football.

"We joke and like to laugh. On the pitch, all it takes is a look. It’s natural.

While boss Unai Emery has struggled to get his defence functioning properly, he has had no such trouble with his attack.

Aubameyang bagged 22 Premier League goals this season and with it secured a three-way share of the Golden Boot alongside Liverpool duo Mohamed Salah and Sadio Mane.

Lacazette hit 13, one fewer than he managed in his debut campaign in England, but added a team-leading eight assists.

The pair clearly enjoy playing together, as their trademark celebration shows.

And Emery will be relying on the deadly duo to power Arsenal into the Champions League next season.

The Gunners finished fifth in the Premier League meaning their Europa League final against Chelsea on May 29 is their chance to qualify for the elite European competition.

Aubameyang also explained that he has his heart set on becoming an Emirates legend.

The £60million club-record signing – eclipsing Lacazette's £44m fee – has 41 goals for Arsenal, some 178 short of Thierry Henry's record, but is certainly a fan favourite already.

He added: "Of course it's fun and I'm very happy, but it was challenging for me to come to Arsenal and impose myself as a great striker.

"Now I want my name to become a legend there." 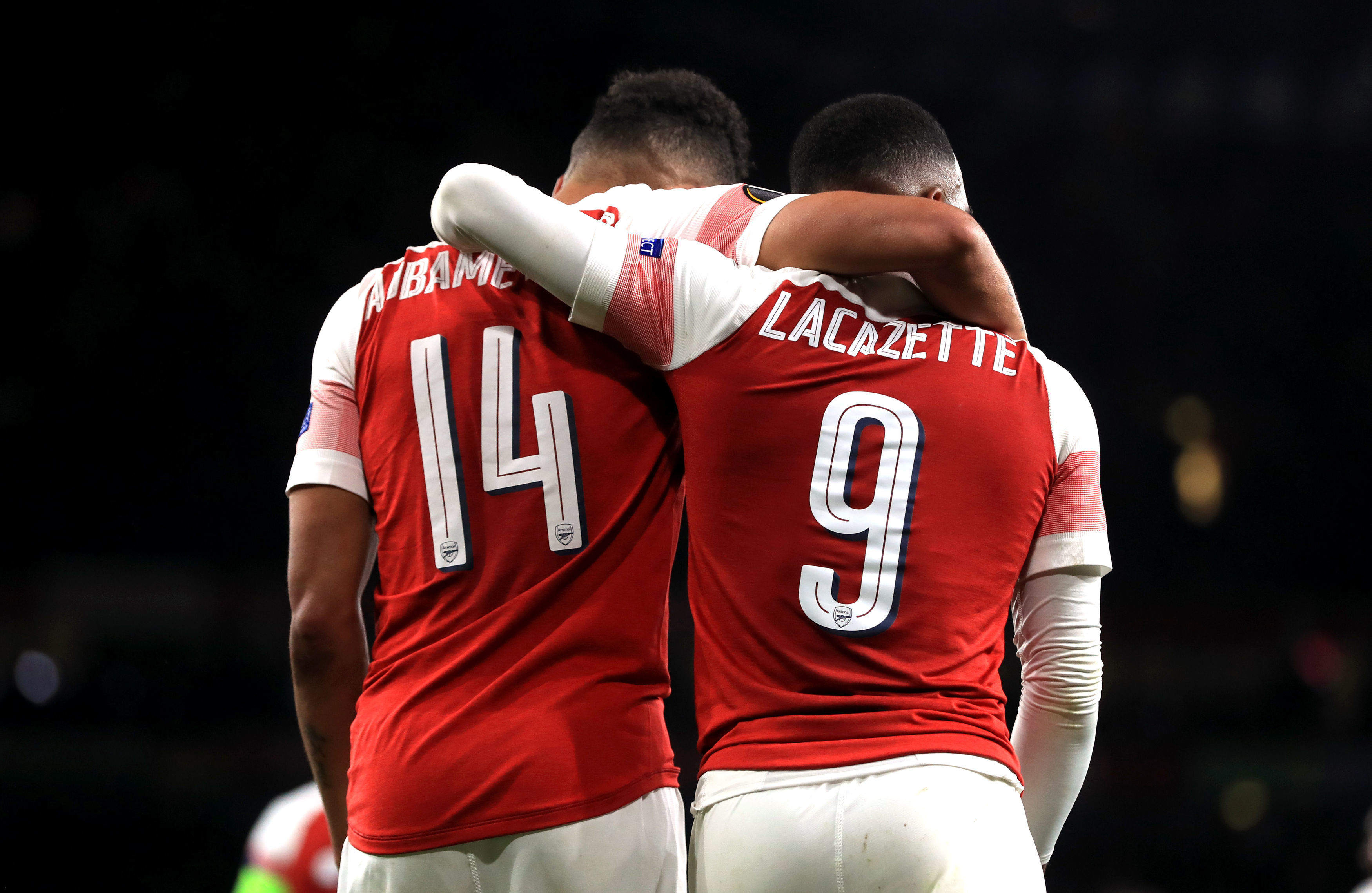