ANTHONY JOSHUA’S shot at winning back his belts from Oleksandr Usyk is already being pencilled in for next spring. 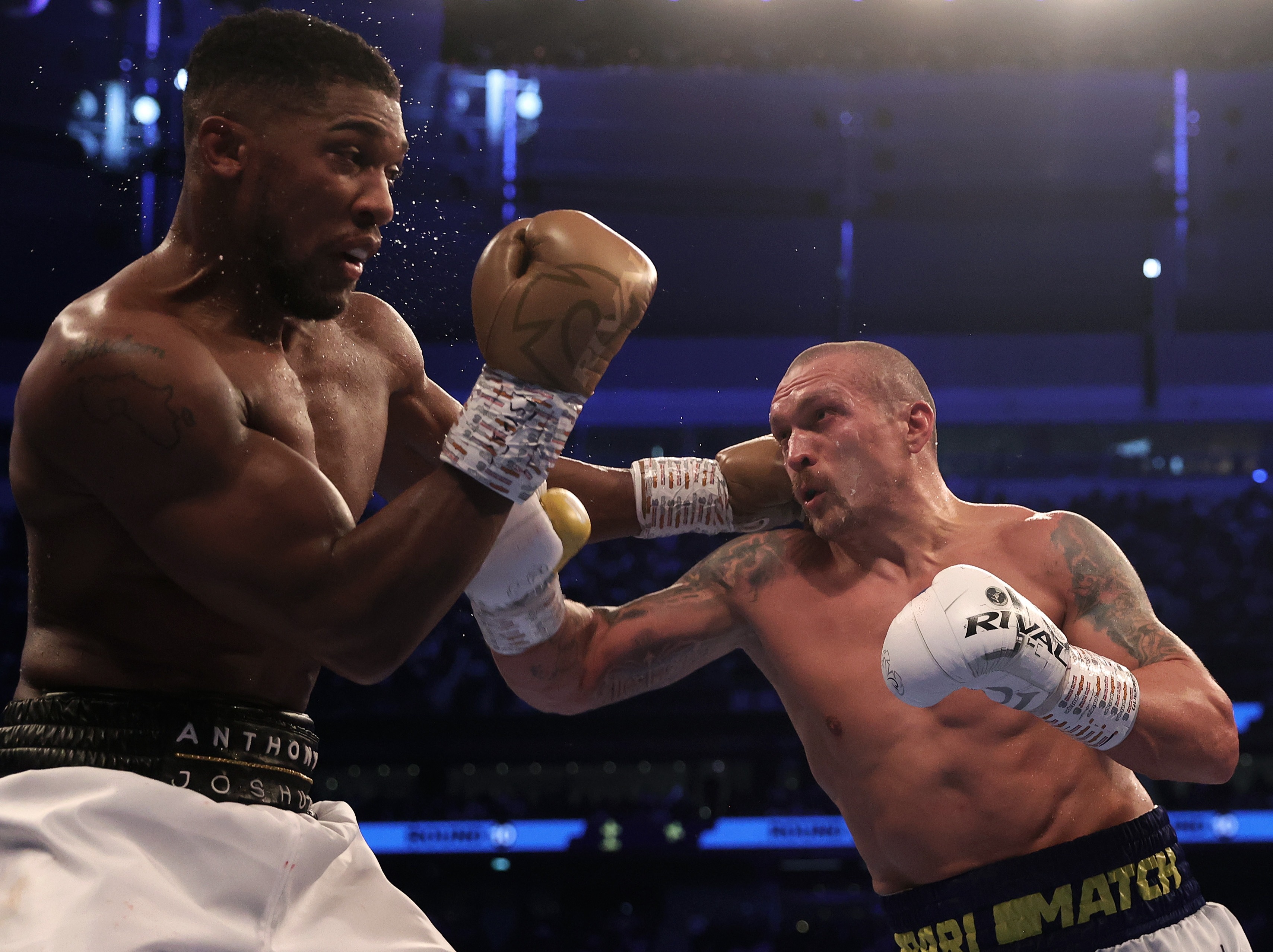 The Brit was outclassed by his Ukrainian opponent but immediately signalled his intention of activating a rematch clause in their contract.

And now promoter Eddie Hearn has confirmed fans will only have to wait five or six months before the pair meet in the ring again.

Hearn told DAZN: "I think March or April is likely.

"Usyk had a terrible cut, I'm sure they'll probably get a holiday in as well. So they're probably not going to do too much until December, and then we'll start planning."

The defeat by Usyk was initially reported to have cost Joshua the chance of a £500 million super-fight against countryman Tyson Fury.

The pair had been slated to meet for a blockbuster undisputed bout that was being billed as the biggest fight in British boxing history.

And while the Gypsy King takes on Deontay Wilder in their trilogy match on Saturday, talk of an all-British super-fight with Joshua has started to pick up again.

Hearn was bullish about his charge’s prospects despite the recent setback at Tottenham Hotspur Stadium.

He added: "I think AJ will definitely fight Fury, Wilder, (Dillian) Whyte and Usyk because he's consistently fought the top guys and he will continue to do so.

“But I think in his mind the only thing he's really thinking about is Usyk."

CLICK HERE FOR LIVE UPDATES ON FURY VS WILDER 3