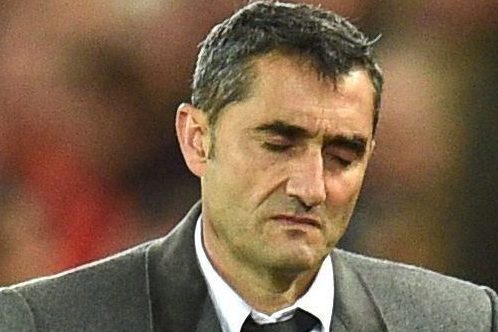 ERNESTO VALVERDE is on the brink of the sack after Barcelona's Champions League collapse at Liverpool, according to reports.

Real Betis boss Quique Setien is favourite to replace him while recently retired Barca legend Xavi is also in the running. 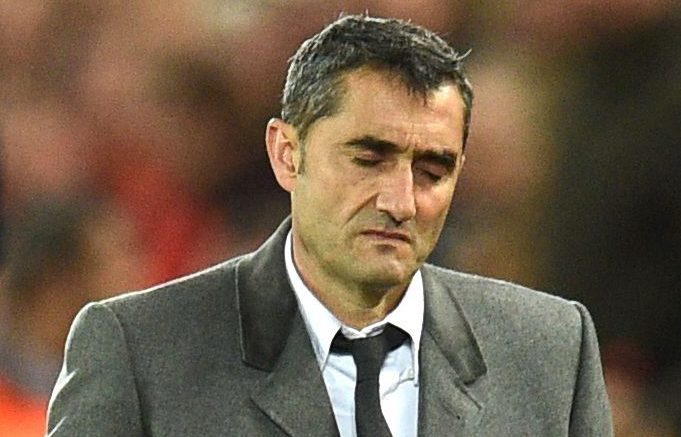 Lionel Messi and Co were dumped out of Europe after blowing a three-goal semi-final first-leg lead and losing 4-0 at Anfield.

That was without Jurgen Klopp's key men Mo Salah and Roberto Firmino.

The Catalan club arrived in Rome after a 4-1 first-leg win but went out on away goals following Roma's 3-0 second-leg comeback.

Spanish press branded the Liverpool defeat the "biggest embarrassment in history", an "historic failure" and a "bloodbath".

Valverde, 55, has already retained the La Liga title with Barca and could win his second Copa del Rey in two years by beating Valencia in this month's final.

But Marca claim the Spaniard, who has won four trophies since succeeding Luis Enrique in 2017, is now "on the edge of the abyss".

Valverde said: "I do not know how it's going to affect me. Here we are, the coach has to take responsibility.

"It's very painful for us, especially for our people, it's the second year they've come back like that.

"Things got on top of us after those two quick goals [from Wijnaldum]. We didn't manage to get on the scoresheet and they rolled us over really.

"They surprised us with the fourth goal – presumably my players weren't looking. Liverpool were street smart and they scored."

Barca's stars were fully rested for the Liverpool clash with a completely different starting XI to the team that lost 2-0 at Celta Vigo on Saturday.

And even despite Salah and Firmino missing out through injury, the Reds managed to fire FOUR past Barcelona thanks to doubles from Georginio Wijnaldum and Divock Origi.