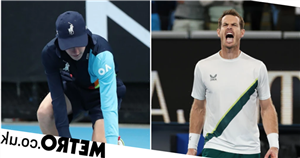 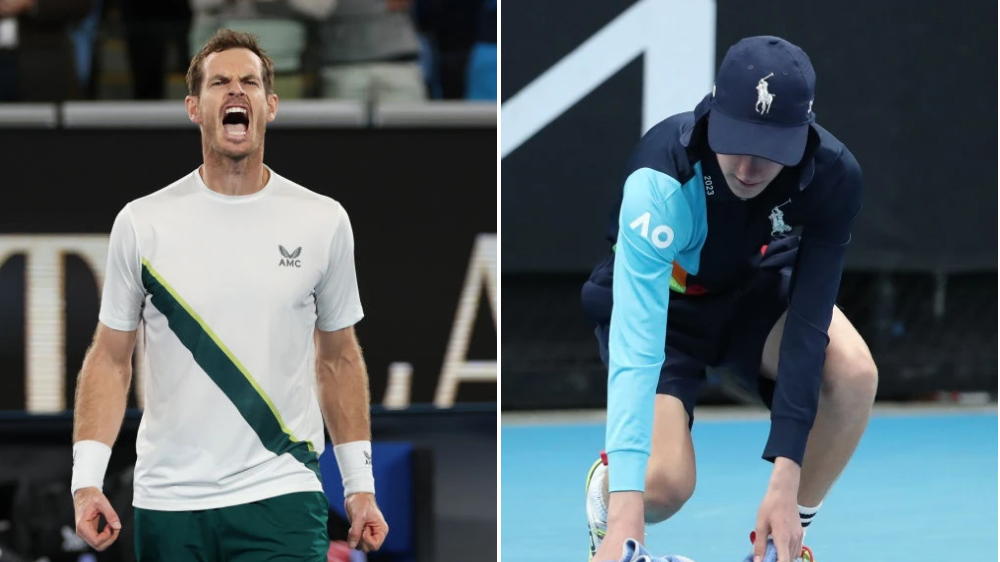 Ball kids were forced to work until after 4am without pay at the Australian Open following Andy Murray’s five-hour-and-45-minute marathon victory with the tennis legend admitting he would have ‘snapped’ as a parent.

Murray sealed one of the most impressive comebacks of his career as he recovered from two sets down – and trailing 2-5 in the third – to defeat home favourite Thanasi Kokkinakis over five sets in the second round at Melbourne Park.

It was the 11th time Murray has won a match from two sets down, the most of any men’s player in history, in what was the longest official clash of his career and second longest in Australian Open history, with the battle ending at 4.05am.

The meeting was laced with controversy, with Murray refused a toilet break at the end of the fourth set as the three-time Grand Slam champion went on a foul-mouthed rant at the umpire about the absurdness of the current rules.

While the match was filled with drama and impressive tennis, it will unfortunately be remembered for its illogicalness with Murray labelling it as a ‘farce’ and it has since emerged that ball kids are still being not paid at the major tournament despite their counterparts at other Grand Slam events being paid.

A GoFundMe charity page has now been set up to raise $25,000 to pay the ball children who pulled the all-nighter to work Murray’s historic match.

‘If my child was a ball kid for a tournament, they’re coming home at 5am in the morning, as a parent, I’m snapping at that,’ Murray, 35, said.

‘We talk about it all the time. It’s been spoken about for years. When you start the night matches late and have conditions like that, these things are going to happen.’

Murray added: ‘I don’t know who it’s [the late finish] beneficial for. We come here after the match and that’s what the discussion is, rather than it being like, ‘epic Murray-Kokkinakis match’. It ends in a bit of a farce.

‘We talk about it all the time, and it’s been spoken about for years. But when you start the night matches late and have [cold] conditions like that, these things are going to happen.’

Australian Open director Craig Tiley, though, has warned that he will not be altering the schedule and will continue with the night sessions as they are.

Open chief Craig Tiley insists there is “no need” to alter scheduling at the tournament despite stinging criticism after the second latest finish at a Grand Slam ever – 4:05 amhttps://t.co/ULX7ezvaOf pic.twitter.com/mCnOT8Ay30

‘You would expect from 7pm to 12pm (the evening session) in that five-hour window, you would get two matches,’ he told Australian outlet Channel Nine.

‘We also have to protect the matches. If you just put one match at night and there’s an injury, you don’t have anything for fans or broadcasters.

‘At this point there is no need to alter the schedule.’

Jamie Murray, meanwhile, was among the many voices criticising the Australian Open for its double night session.

‘[One match in night sessions] is the best outcome for ALL singles players,’ he posted on Twitter.

‘We can’t continue to have players compete into the wee hours of the morning. Rubbish for everyone involved – players/fans/event staff etc.’