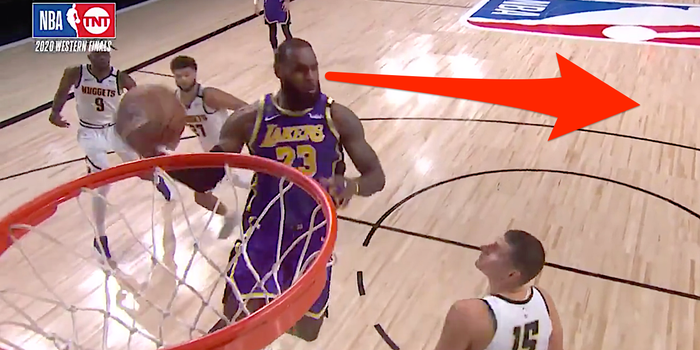 In the Los Angeles Lakers' Game 5 win over the Denver Nuggets, LeBron James made sure to get the foul calls he deserved.

While driving to the basket late in the game on Saturday, James was fouled by the Nuggets' Jamal Murray. While James was in mid-air, he yelled "And-one!" to the referees while making a scoop layup.

If the play looked common enough on the floor, alternate angles showed James' amazing concentration, as he yelled to the refs while hanging in the air, avoiding the Nuggets' Nikola Jokic, and then finishing the play.

James finished with 38 points, 16 rebounds, and 10 assists to propel the Lakers over the Nuggets to make the NBA Finals. James is back in the Finals for the first time since 2018. It will be his ninth Finals appearance in 10 years.