WIMBLEDON were denied a dream return to Plough Lane after Doncaster proved to be party poopers.

Joe Pigott looked to have won it for the Dons with just seven minutes remaining, but James Coppinger's deflected shot in stoppage time spoiled their night. 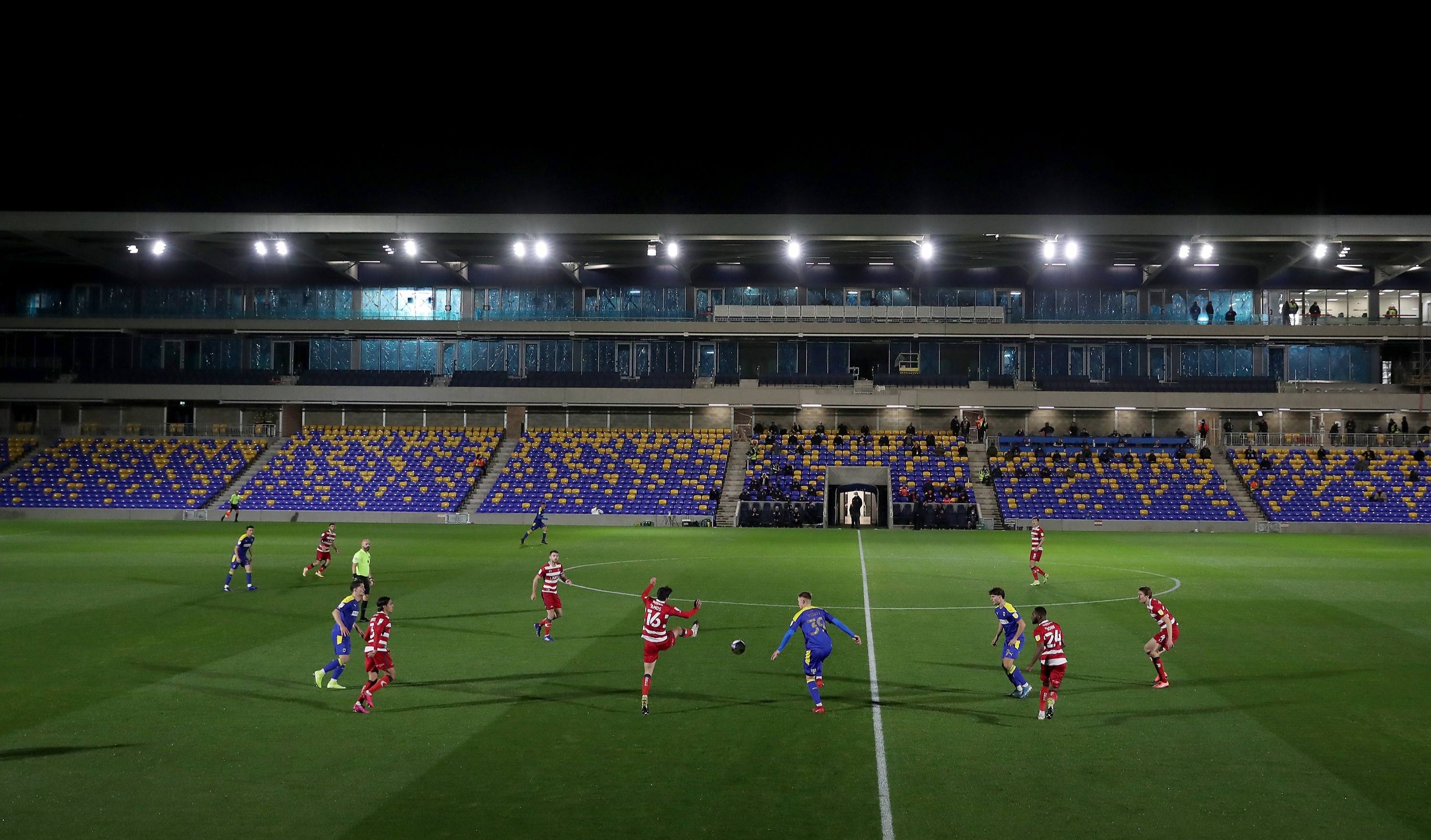 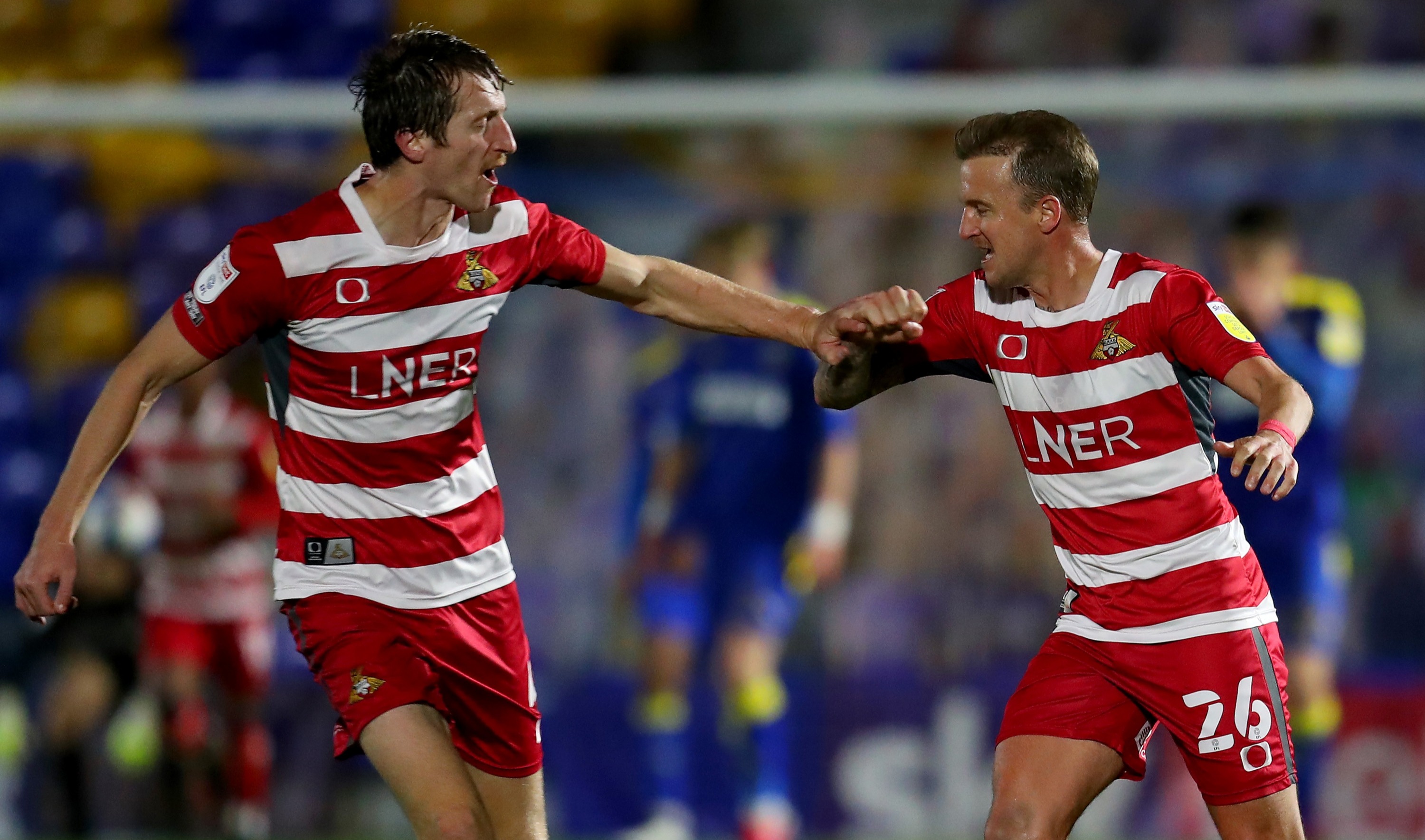 But in fairness, nothing was really going to take the gloss of this evening for AFC Wimbledon as they played their first home game in 29 and a half years.

It has been a long wait, as I can testify.

On May 4th, 1991 I was on the terraces for their last game at Plough Lane and, after 3-0 defeat to Crystal Palace thanks to an Ian Wright hat-trick, I was part of the crowd who ran on the pitch singing "we'll never go to Selhurst!"

In fact, fans did and the ground-share agreement was tolerated in the hope that Plough Lane would be redeveloped to meet the standards set out by the Taylor Report.

Instead, former Wimbledon chairman, Sam Hammam, sold the club to two Norweigans and the ground was flogged to supermarket chain Safeway.

It started the club's demise and the subsequent franchise to Milton Keynes was rubber stamped by the FA in 2002. Their commission's famous line that it would "not in the wider interests of football" to form a new club. How wrong they were.

Those fans who followed the club formed their own team and the rise of AFC Wimbledon since their formation in 2002 is one of football's greatest phoenix stories.

A rapid rise through the non-League pyramid to reach League One was one thing, but for Dons' fans there was always something missing. 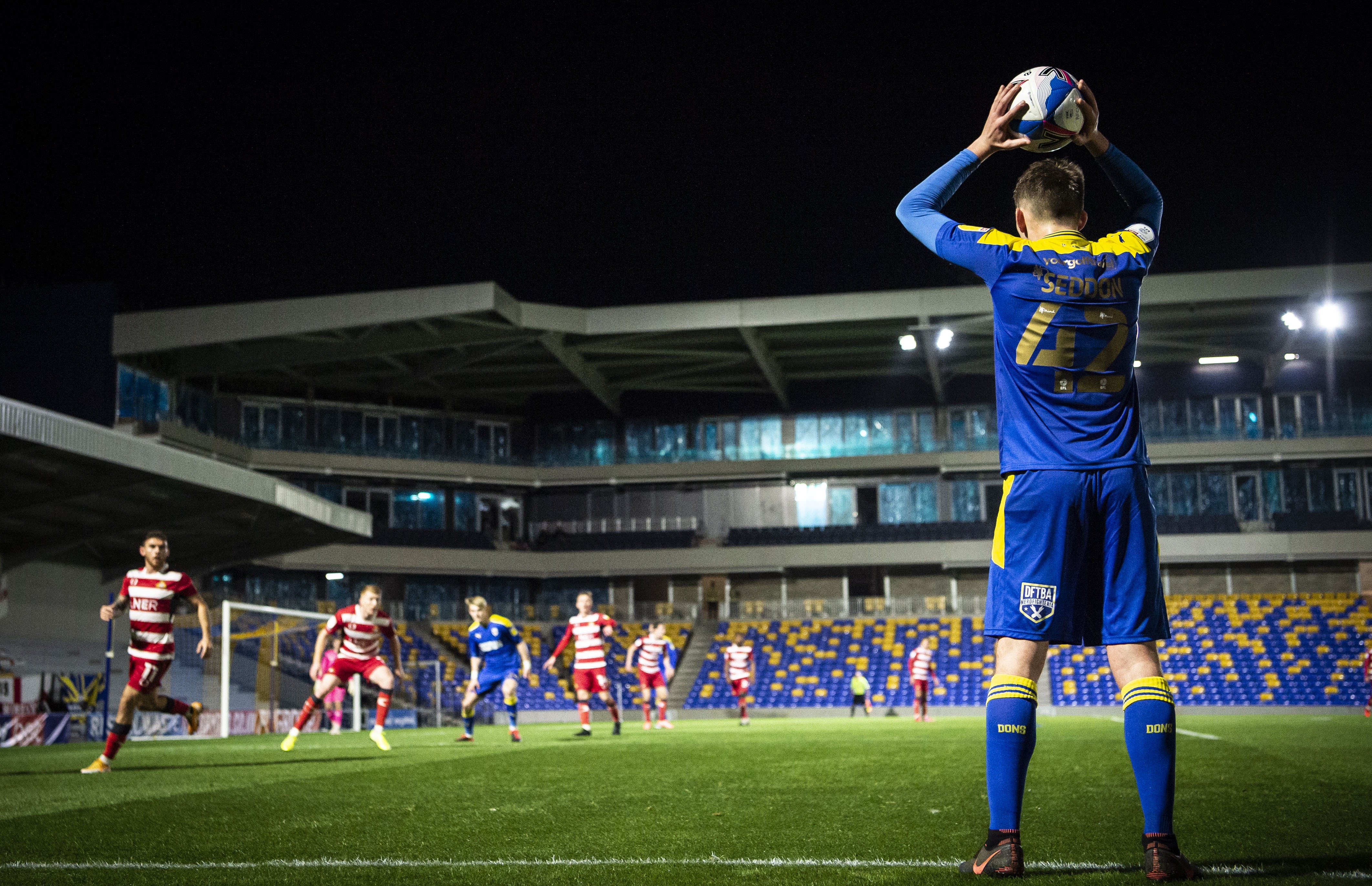 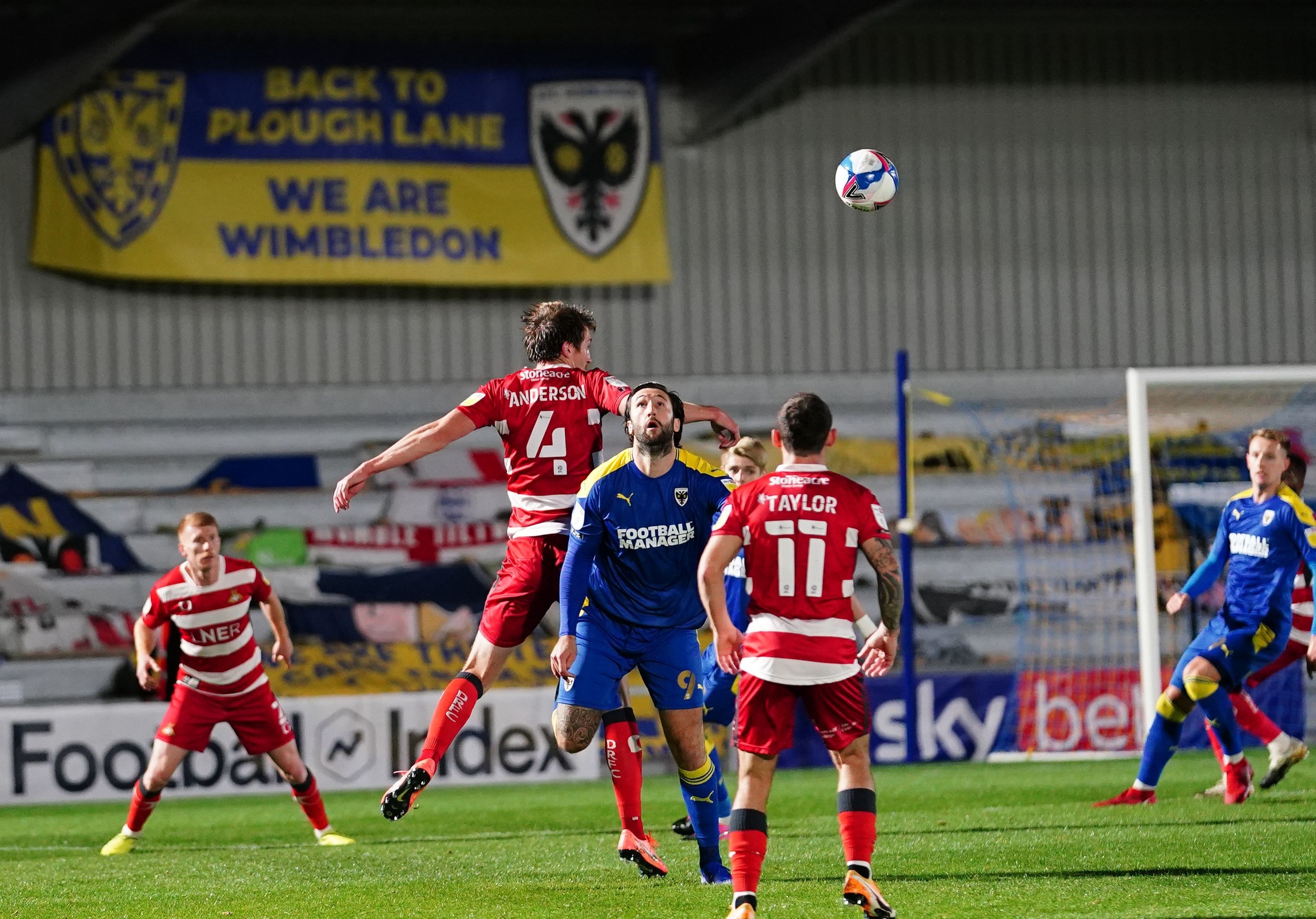 A return to the club's spiritual home in Plough Lane that had always seemed so unlikely.

But after negotiating plenty of red tape, and with those fans again stumping up £11million of the final bill, they are back in Plough Lane, just a stone's throw from the site of the old pitch.

Hemmed in by the blocks of flats that are being built around this 9,300 capacity stadium, much of the site is still a hardhat zone.

It's not yet ready for those fans, not that they would be allowed in at the moment due to the coronavirus rules.

Perhaps never has a new ground deserved to be christened by its supporters more, given their dedication and that AFC Wimbledon remains a fans-owned club.

But what is just another few months when you have been waiting nearly three decades? 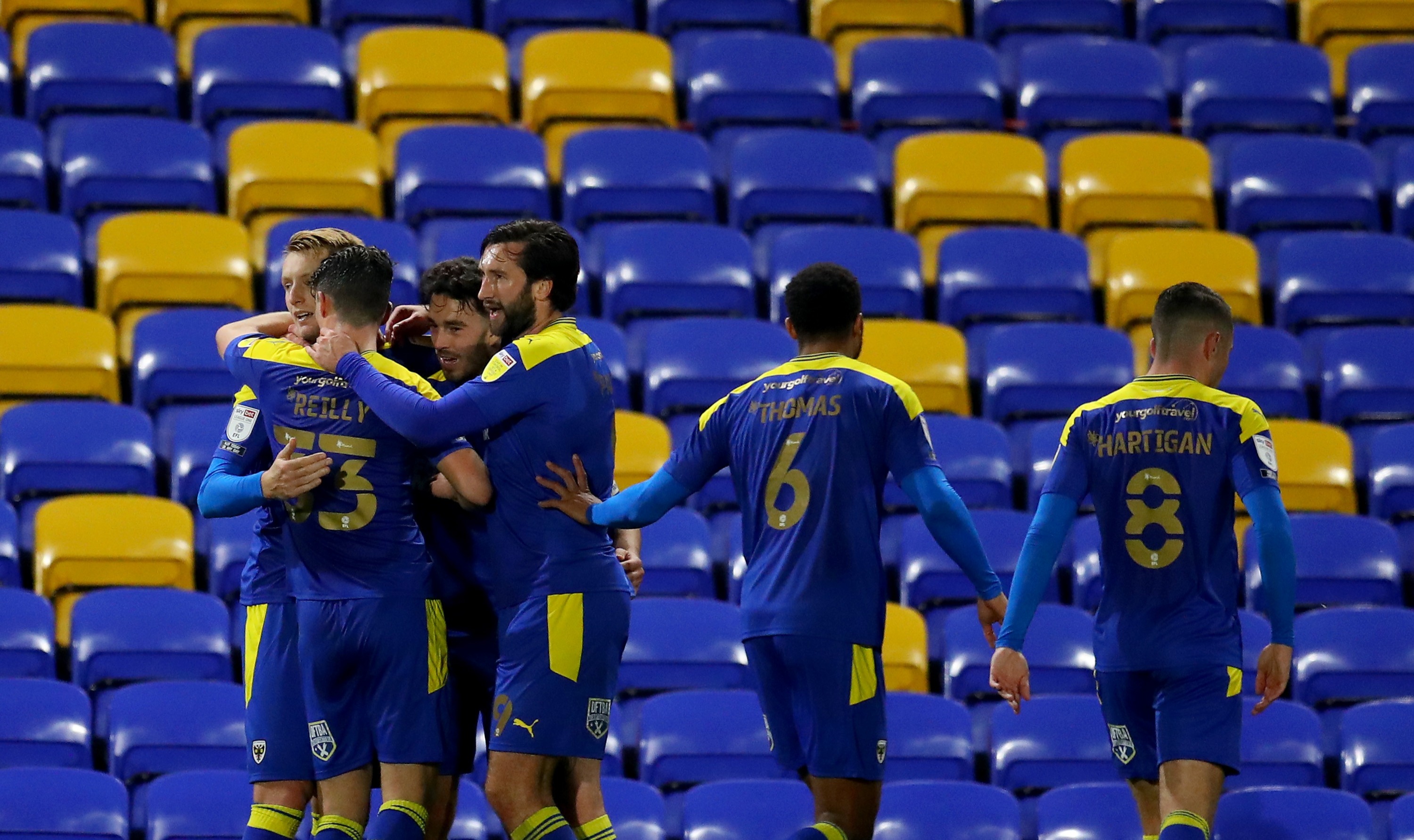 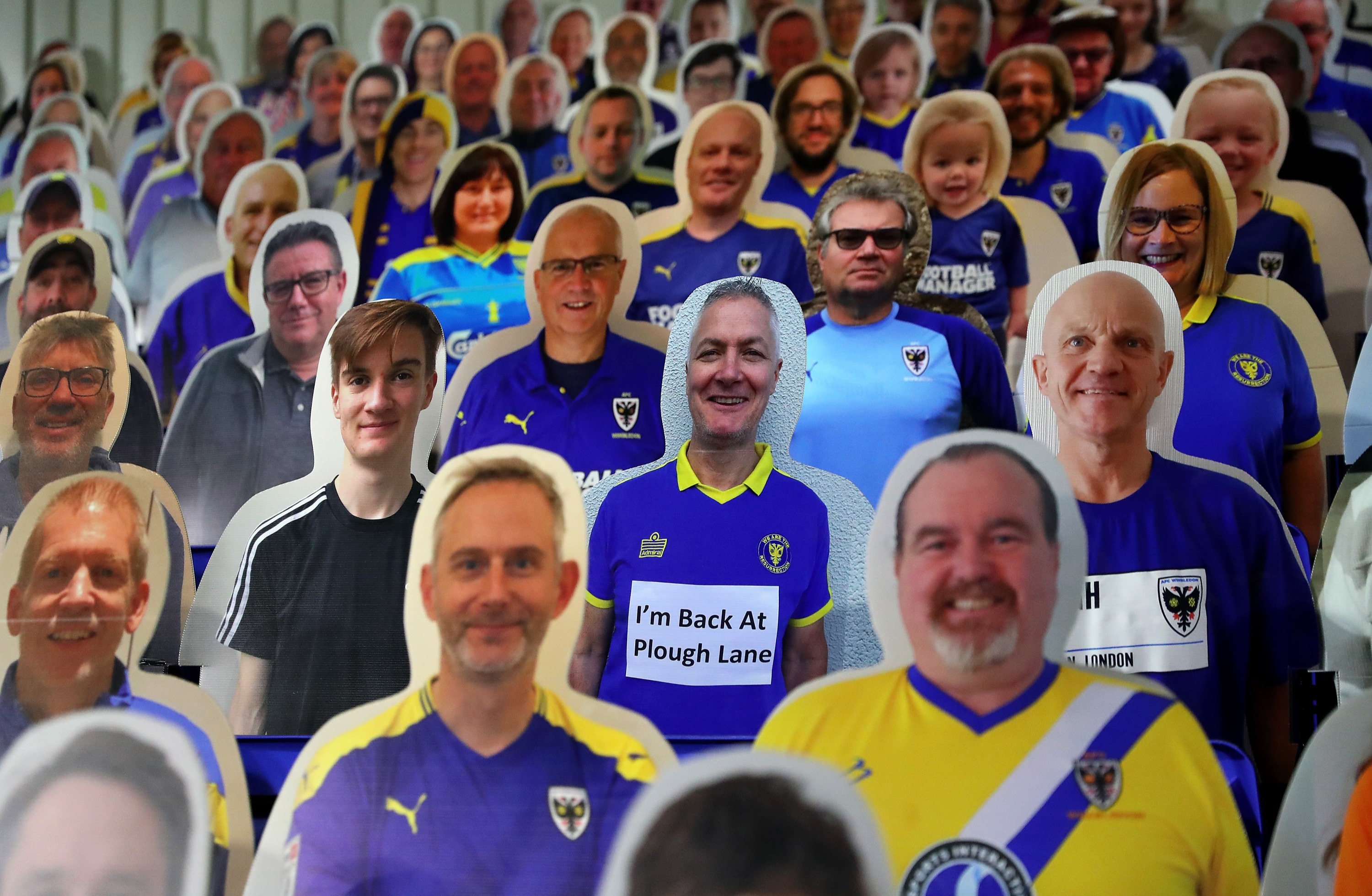 For some Dons' fans, though, they could not let this opportunity pass as they sat in the Corner Pin pub nearby.

Others braved the cold by drinking outside while wearing their blue and yellow scarves at the By The Horns brewery next to the stadium.

It was poignant that they were led out by captain Will Nightingale, who was not even born when the Dons last played at Plough Lane, but has been at AFC Wimbledon since he was nine years old, as they ushered in a new era.

And they made a dream start as Pigott put them ahead on 18 minutes.

After good work from Steve Seddon and Terrel Thomas, Josef Bursik could only parry Thomas' cross and Pigott pounced for his fifth goal of the season.

But their lead was short-lived as Wimbledon once again switched off after taking the lead. 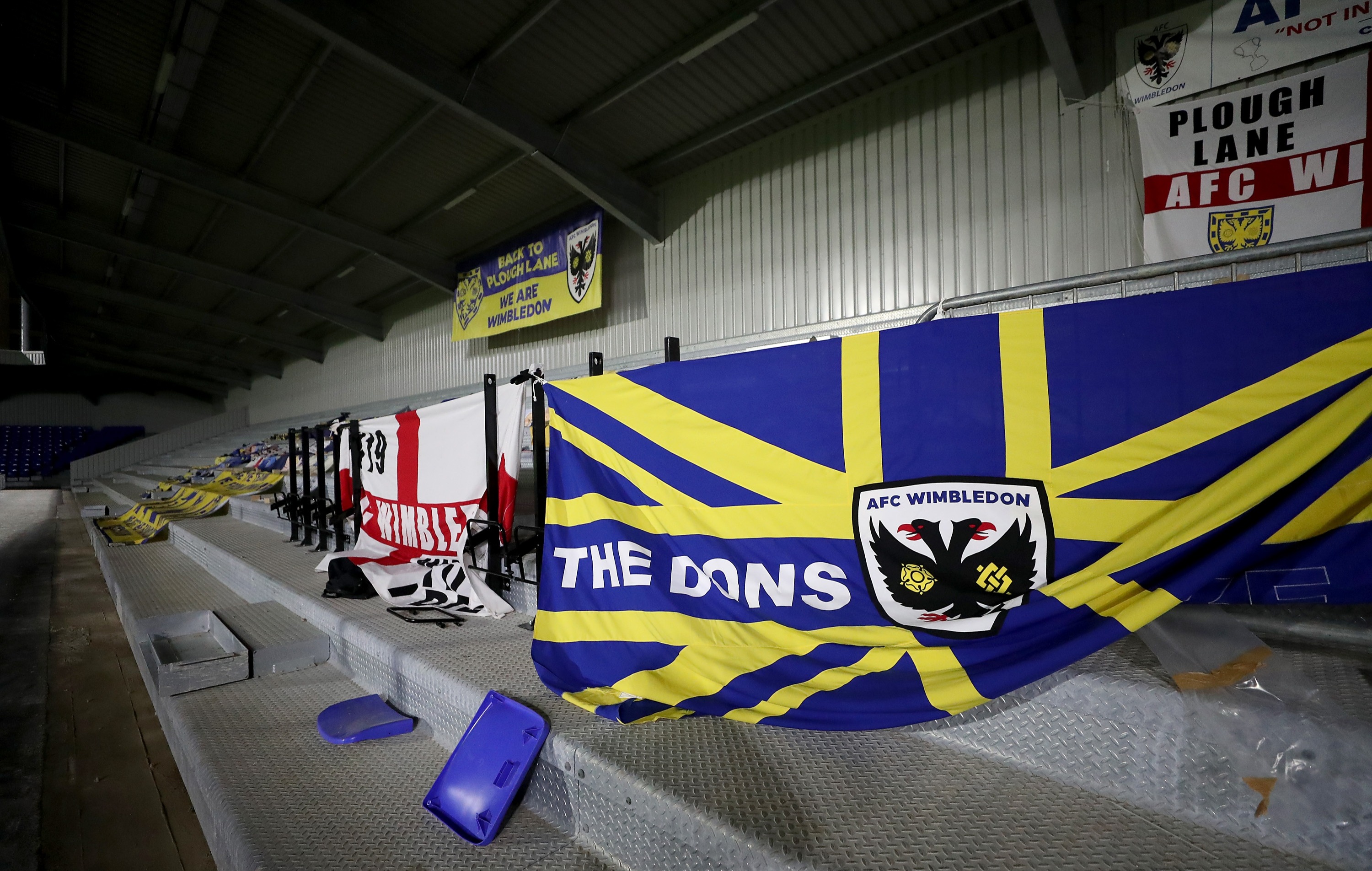 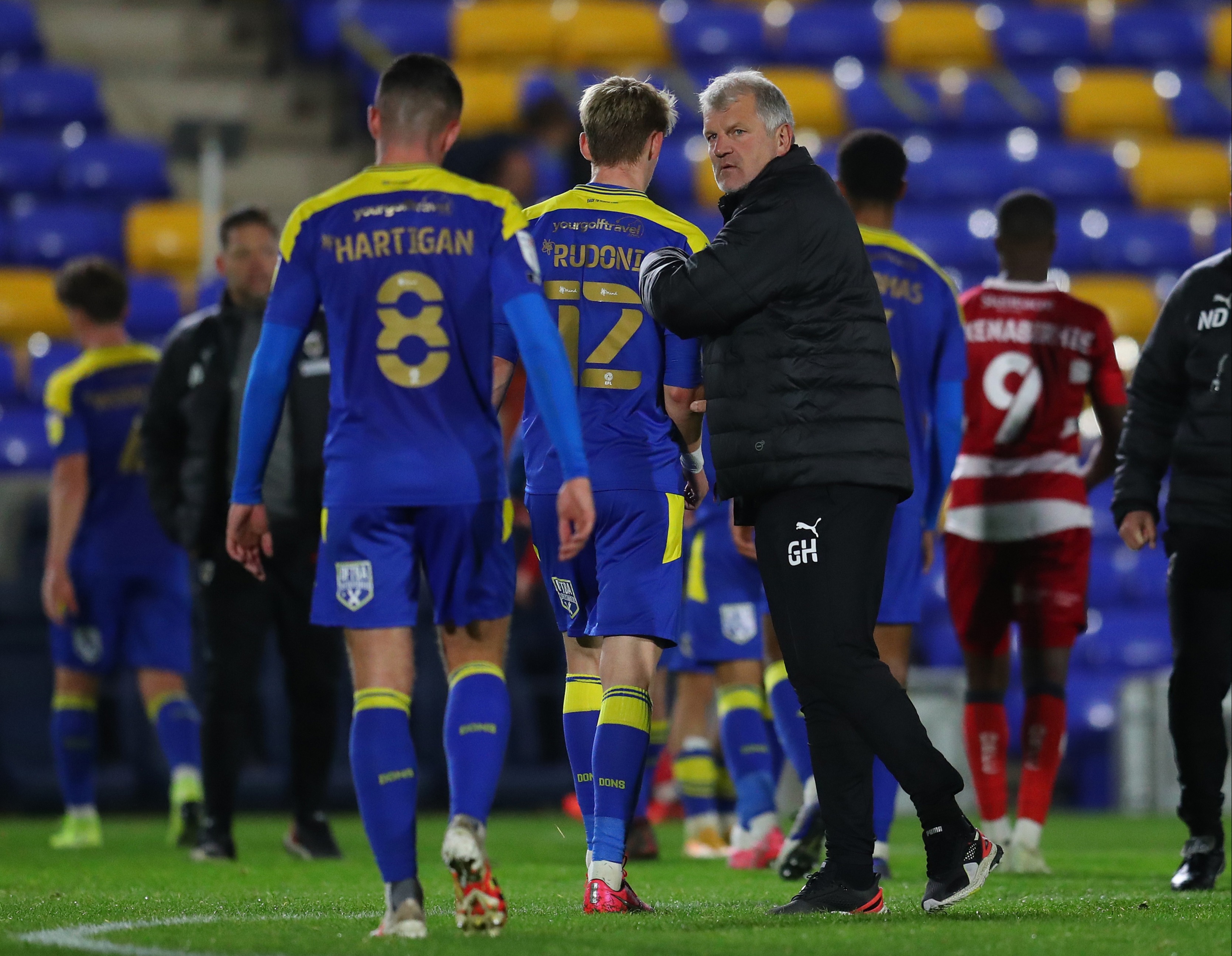 This time it lasted six minutes as Doncaster broke forward and Matthew Smith was able to fire past Connal Trueman.

Jon Taylor was then denied by Seddon with an excellent last-ditch tackle as the visitors carved out the better chances.

Dons keeper Trueman was kept the busier of the two stoppers and needed to be alert to save smartly from Ben Whiteman's header.

Trueman then was all full stretch to turn away Reece James's effort while he was then relieved to catch Tom Anderson's tame header.

But Pigott restored the Dons's lead on 83 minutes when he converted from Seddon's cross that looked to have won it.

But once again in stoppage time the Dons let the lead slip as Coppinger's effort took a wicked deflection and looped into the net.

Glyn Hodges, Dons boss, said: "It was our worst performance of the season. I tried to take the emotion out of it but it wasn't to be but we will take a point and move on.

"It was not quite the level of play we have been having recently. Came out of the blocks bit ot worse as the game went on and nice to get a point when we probably didn't deserve it.

"Glad to get this game out of the way but I know we will have a homecoming once the fans are allowed to come here. There will be a bit of a party then."

Darren Moore, Doncaster boss, added: "We dominated the game in long spells and when you conceded a late like that you fear the worst, so credit to the players to keep going."