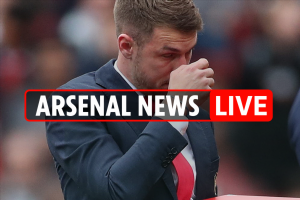 The Gunners must now beat Burnley on the last day and hope Spurs lose to Everton with an eight-goal swing if they want to take the domestic route to the Champions League.

Get all the latest Gunners news and transfer updates here.