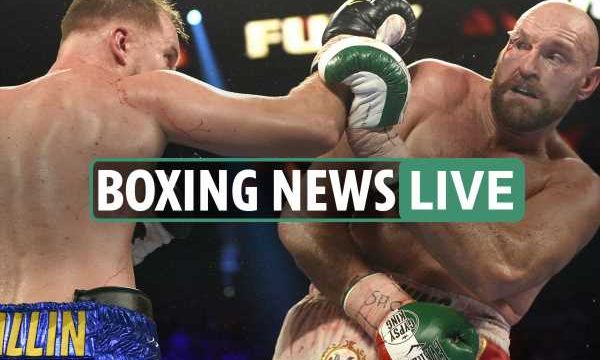 BLOODY Tyson Fury overcome Otto Wallin, but he was made to work for it in Las Vegas.

Following the bout, the Brit boxer was sent to hospital where he needed 40 stitches to a cut above his eye – while his father John said Fury's trainer Ben Davison should be SACKED.