Unintentional shade thrown? After Selena Gomez shared a glimpse at her skincare routine, some fans accused her of mimicking a video that Hailey Bieber (née Baldwin) had posted just hours earlier.

Everything Hailey Baldwin and Selena Gomez Have Said About Each Other

While both Gomez and Hailey‘s videos revolve around skincare, the similarities end there. The model, 25, talks viewers through her getting-ready routine in her video whereas the singer, 29, simply puts on a variety of products and brushes her teeth while “Dreams” by Fleetwood Mac plays. Still, it was enough for fans to think Gomez was imitating Bieber’s footage. 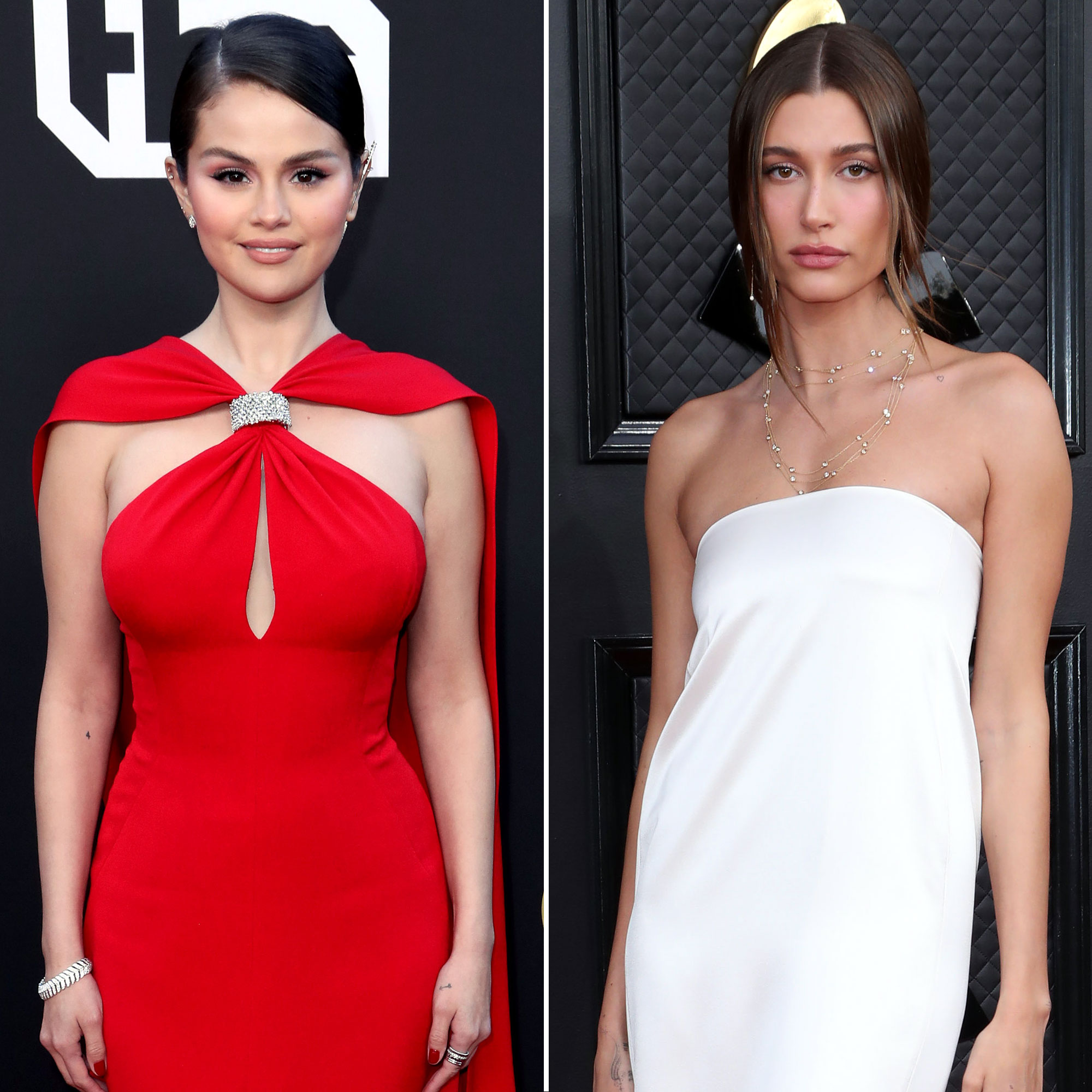 “LOL I know who she’s referring to,” one commenter wrote on the Wizards of Waverly Place alum’s Tuesday, May 10, TikTok video. “Wait … is she tryna make fun of you know who,” another social media user wrote.

Gomez took to the comments to end the speculation. “This is why I believe in taking care of your mental health,” she wrote. “Guys no idea what I did but I really am sorry. Zero bad intention. Deleting soon.” The “Lose You to Love Me” singer later turned off comments for the video.

Hailey has been married to Justin Bieber since September 2018. Gomez ended her on-off romance with Justin, 28, months before he wed the Arizona native. In a 2020 NPR interview, the Only Murders in the Building star claimed that she had experienced emotional abuse in her relationship with the “Sorry” singer. “It’s dangerous to stay in a victim mentality. And I’m not being disrespectful, I do feel I was a victim to certain abuse,” Gomez said at the time.

Justin Bieber and Selena Gomez: A Timeline of Their Relationship

Fans have repeatedly speculated that the Spring Breakers actress and Stephen Baldwin’s daughter harbor ill-will toward each other, but the two women have always been quick to squash the rumors.

In October 2019, Gomez released her song “Lose You to Love Me,” which was widely assumed to be about Justin. Shortly after, Hailey posted the song “I’ll Kill You” by Summer Walker and Jhené Aiko on her Instagram Story. Some fans thought the post was a veiled threat directed toward the former Disney Channel star, which Hailey denied.

“Please stop with this nonsense … there is no ‘response,’” she commented on an Instagram post speculating about the topic.

The “Bad Liar” singer was also quick to defend the socialite after her fans went on the defense when “Lose You to Love Me” was released. “I am so grateful for the response that the song is getting. I’m grateful. However, I do not stand for women tearing women down and I will never, ever be by that,” the Monte Carlo actress said via Instagram Live in October 2019.

Justin Bieber and Hailey Baldwin: A Timeline of Their Relationship

The supposed drama continued last month when Hailey made a plea for the trolls in her comments section to leave her alone. Some fans believed Hailey’s April 12 TikTok video was directed at Gomez’s fan base.

“Leave me alone at this point,” the media personality said. “I’m minding my business. I don’t do anything, I don’t say anything. Leave me alone, please. Enough time has gone by where it’s valid to leave me alone. I beg of you. Truly. That’s my only request. Be miserable somewhere else, please.”

Earlier in the month, Hailey had received hateful comments after posting a TikTok of her lip-syncing her husband’s song “One Time.” One social media user commented on the video, “Selena Gomez is prettier ever and more motivating because she is very mature her heart is also.”

In addition to the Canadian singer, Gomez previously dated the Grammy Award-winning winning singer The Weeknd from January to October 2017.