Like many people who tapped into social media on Sunday, we saw the international headlines regarding Vogue’s February cover featuring Vice President-Elect Kamala Harris. Seldom, if ever, do we as a brand comment on another publication’s editorial choices and direction. We know intimately and keenly understand the many negotiations, decisions, factors and nuances that must be considered on the path from concept to publication. However, we must use the power of our voice, our platform and our community of 31 million Black women and spotlight the media industry’s macro issues of entitlement and micro-aggressions too frequently at play when Black women are the subject.

At first glance, the Vogue cover photo of the woman who will be the second most powerful person in this nation seems benign. Photographed by Tyler Mitchell (who made history in 2018 as the first Black photographer Vogue hired for a cover shoot in its 125-year-history), this is a version of Kamala Harris as everywoman.

She’s approachable, of-the-people, Chucks-wearing, ready to roll on a campaign bus or into an HBCU band line and that has endeared her to millions across the country. (And her sorors everywhere could celebrate the obvious shout-out to the Pink and Green of Alpha Kappa Alpha Sorority, Incorporated). But seldom is anything ever what it seems.

From what’s been reported, and our own sources, Vice President-Elect Harris’ team was told the newsstand cover was of a stately Harris in a powder blue Michael Kors suit, an American flag pin on her lapel. Her casual look, which Vogue says was her choice from top to bottom, was an interior image. But a decision was made by Vogue‘s editor (apparently without the knowledge of and courtesy of alerting Harris’ team) to revert the cover image—and that choice was clearly made in a vacuum and minimized the respect due to the Black woman who has reached the second most powerful office in our country’s government. With everything happening in our country and with so many issues to be addressed and resolved globally, the micro-aggression of visually diminishing her position with the chosen cover image is especially disappointing. She should be seen as an inspiration for every young girl and woman around the world to know that they can aspire to heights yet unseen, but she also must be fully respected according to the leadership role she will now hold.

That cover choice was clearly made in a vacuum and minimized the respect due to the Black woman who has reached the second most powerful office in our country’s government.

That’s what has us so triggered (add on our lingering annoyance at SoHo Karen’s “enough” to media treasure Gayle King and other recent examples). We know that Black women are in-demand, changing the course of history; we’re increasing our power and leadership and more unapologetically than ever wearing our crowns (and Chucks); we’re making our contributions and we are proudly our authentic selves. But as of late, those who have had little interest in investing in Black women, are eager to capitalize on Black women. 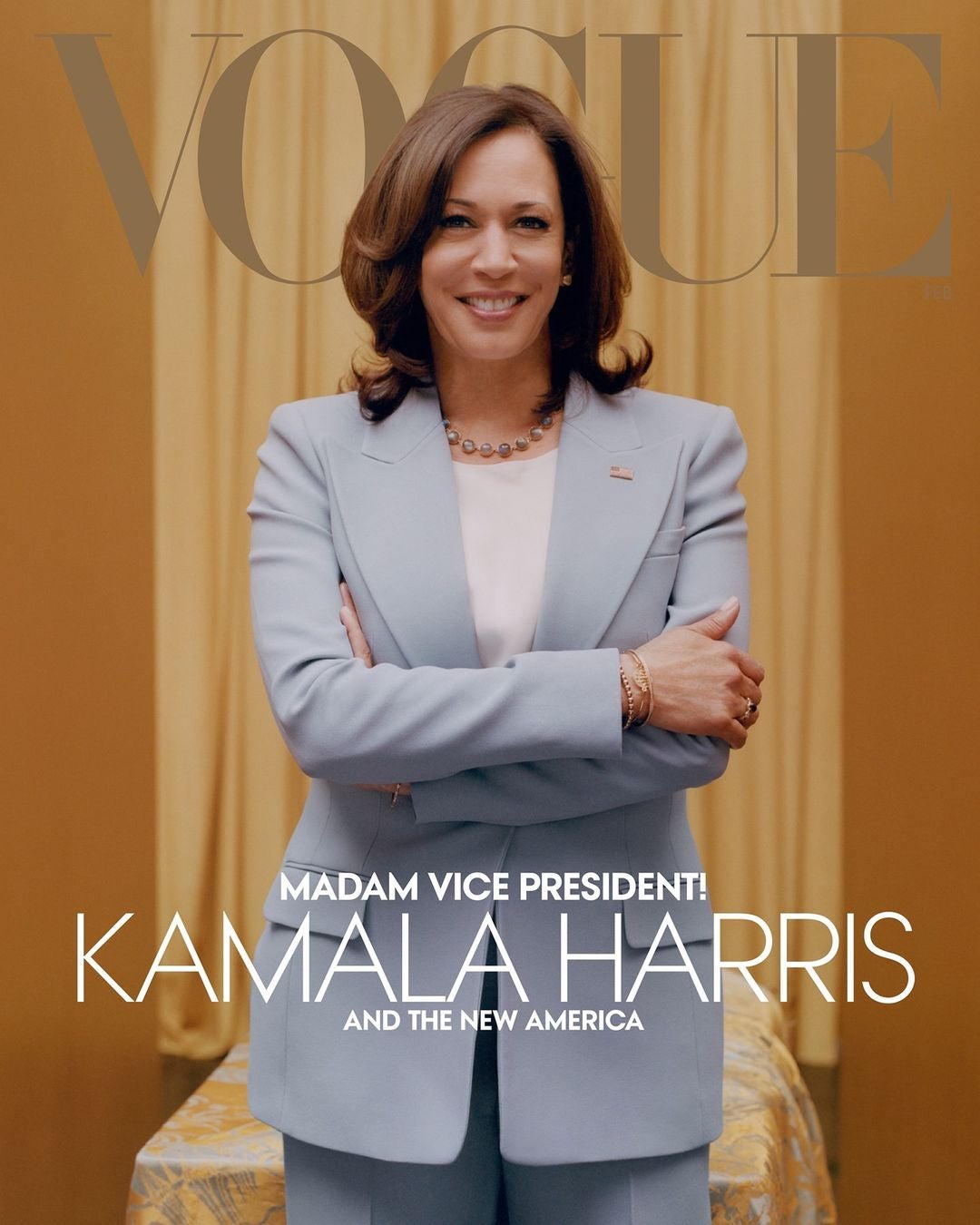 We are triggered because we know that publications that have historically excluded anyone who looks like us now recognize the value of engaging Black women for profit. (Last fall, there were at least 18 Black women on the cover of coveted “September issues” globally compared to three two years ago.) We are triggered because we are suddenly relevant in their eyes not because they genuinely understand (or aspire to know) us, but because we are their path to longer-term viability, market penetration and quite simply, dollars. We are triggered because they want the benefit of our light, but have little demonstrated interest in joining with us to navigate the darkness of our plight.

In a season where many profess to care about Black women, we have known for 50 years that our value isn’t new. We also acutely know the power and impact that images of Black women in media have to elevate or erode how we are perceived and received by a larger society. Having Kamala Harris on the cover of Vogue as her first Vice Presidential cover was a major feat and needed to be treated accordingly—with a cultural understanding of what certain images convey and why and how they would be problematic.

We wish we could say this cover would be the only “issue” that we will see moving forward regarding representations of Vice President-Elect Kamala Harris and other Black women leaders and achievers in the days ahead. But we know that will not be the case—and at each turn, we as a community must be here to remind the world we will no longer be its cultural moment—we are culture.

None of us ever get everything right all of the time. Good intentions can often be thwarted by subpar execution. But existing in this world is not about perfection; it is a commitment to progress every day. So, when we know better, we do better—or at a minimum, we try. So, today, that is our ask of Vogue and so many more.