Mortgage affordability is now at its worst level since the 1990s despite property price falls, new modelling shows.

Home buyers are facing the worst purchasing conditions in three decades thanks to the fastest rate rises on record. In addition, national average house prices are more than six times the average household income.

The rate rises have wiped out any improvement from recent house price falls.

The national mortgage repayments ratio is currently 42.8 per cent of incomes — the highest level since the September quarter of 1990 when it was 45.5 per cent, BetaShares modelling found. It has also overtaken the GFC peak of 42.1 per cent in the March quarter of 2008.

The repayment burden is the worst since the 1990s, despite double-digit mortgage rates back then because the national house price is now 6.2 times the average after-tax annual household income.

Three decades ago, the median national house price cost 3.1 times the average household income, and it was 4.8 times in 2008. 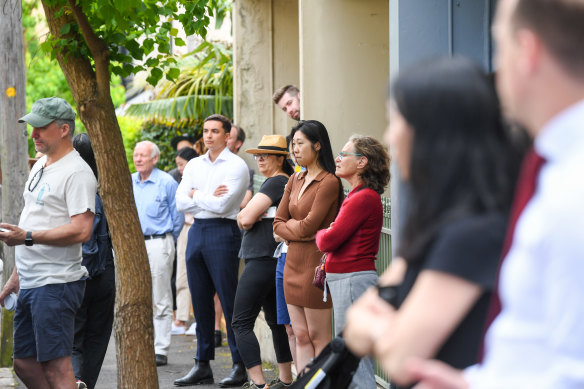 The repayment burden is even worse in the major capitals due to higher median house prices. In Melbourne, the mortgage repayment ratio has reached 41.8 per cent – even worse than in June 1990 and worse than the GFC-peak of 39.6 per cent.

Meanwhile in Sydney, the mortgage repayment ratio reached 57.8 per cent in the current quarter, worse than the GFC-peak of 47.2 per cent and just 6.1 percentage points away from the June quarter 1990.

The modelling is based on median capital city house prices, the average combined after-tax income for a heterosexual couple, a 10 per cent house deposit and the average discount variable rate.

“The house price declines have not improved affordability because it has been more than offset by interest rates… [Mortgage affordability is] now worse than the GFC,” Bassanese said.

“People trying to buy today are facing close to the worst conditions we’ve seen in 30 years.”

Bassanese said mortgage affordability levels could be worse than the 1990s if the Reserve Bank increased rates by about another percentage point in total – a forecast money markets have tipped. 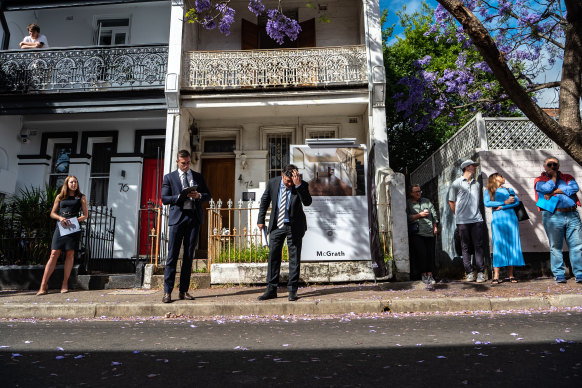 “It’s this combination of still high house prices and the rapid rise in interest rates that is leading to the worst affordability since the 1990s,” Oliver said.

“You’ve got the worst of both worlds: high house prices relative to incomes and high rates.

“If interest rates keep going up and go up as much as the money markets are talking about we might end up with the worst mortgage affordability on record.”

Commonwealth Bank head of Australian economics Gareth Aird said mortgage affordability has deteriorated to GFC levels because rates have returned to 2008 levels while prices are still much higher.

“The borrowing rate is effectively as high as 10 years ago, but home prices are at a much higher multiple of income than a decade ago, which makes housing on that measure less affordable,” Aird said. “The only thing that becomes slightly easier to do is to save a deposit.”

But even owners who already have a foot in the door are likely to face deteriorating housing affordability as more head towards mortgage stress, experts said.

Separate figures show mortgage stress increased to its highest level since April 2018. More than a fifth of mortgage holders are now ‘at risk’ in the three months to October 2022, which takes into account two rate rises, Roy Morgan research, released last week, found.

That is tipped to reach one in four mortgage holders come January. Mortgage holders are considered ‘at risk’ if 25 to 45 per cent of their after-tax household income is spent on their home loans, depending on income and spending.

“The cash rate has nearly recouped all of that buffer that banks were using to assess people’s serviceability. We’ve eroded that buffer,” Emmett said.

She said while on average, many have built a war chest of savings in offset accounts, there will be more struggling households.

“The issue is, the average is not everyone. There will be some households, particularly, who have bought in the last couple of years, low-income earners and those with low extra savings on the side who will struggle in this environment of sharply rising rates.”

Most Viewed in Property