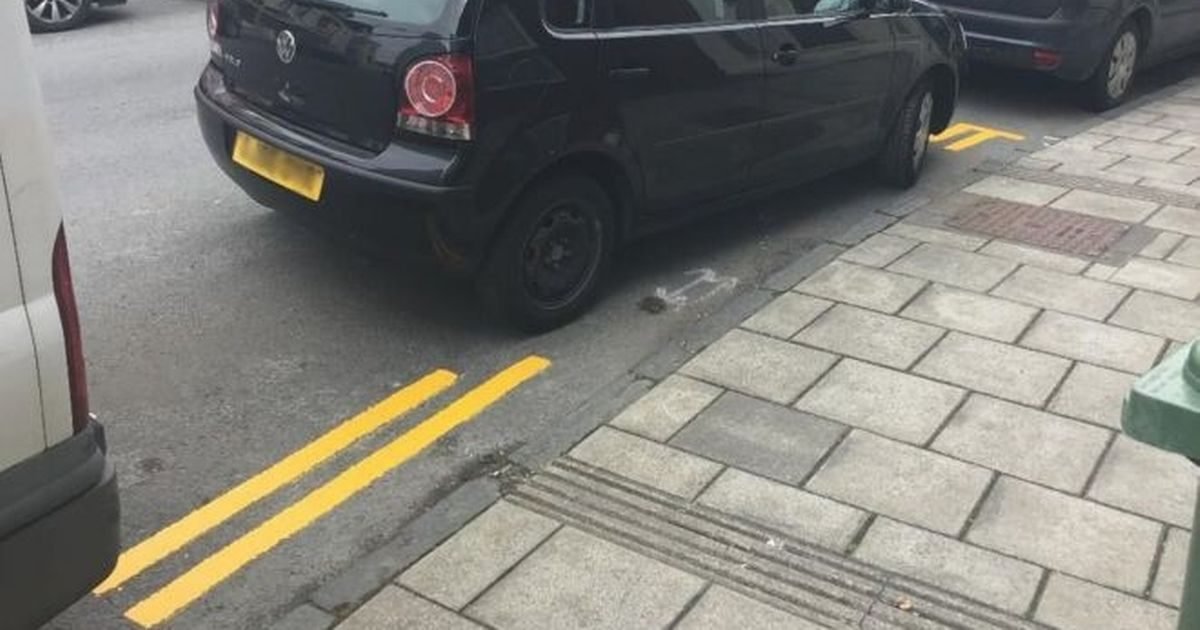 Having neglected to tell motorists that the road would be out of action while markings were painted, workers arrived to discover cars parked along their tarmac canvas.

Rather than delay the job they decided to give it their best shot, painting double yellows on the uncovered sections of the track in Aberystwyth, West Wales.

Some of the markings are just a foot long as they were squeezed between cars parked up on Tuesday.

Hotelier John Evans said no one was told that road marking would be taking place.

He said: "The first thing we knew (about it) was when white lines appeared on the road.

"Now we know that's where the council wanted the lines to go, but we weren't told it would happen.

"It's a complete farce."

Fortunately confused motorists won't be handed tickets if they park on the blurred lines.

The calamitous attempt comes just weeks after a video emerged of a similar botch job on a street less than a mile away.

Filmed by local resident Steve Clark, the funny footage shows the trickle of paint around a car parked in the way of the council worker's painting.

Ceredigion Council said drivers had ignored notices not to park on the street.

A spokeswoman said: "The Council are installing road-markings at over 200 locations county wide. Due to vehicles disregarding notices not to park this work has been compromised.

"These short sections of yellow lines were painted in order to discourage further parking at the location so that the works could be recommenced and completed as soon as possible.

"Traffic orders will not be enforceable until the works are complete."