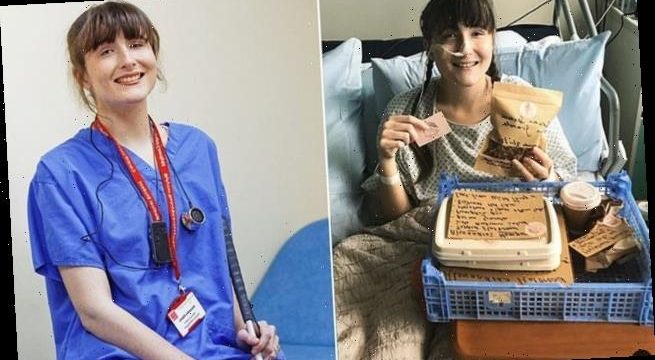 A medical student who’s hoping to become the UK’s first blind and deaf medic has revealed how she’s seen her dream almost slip away after a nightmare year.

Alexandra Adams, 26, from Kent, who was born deaf in both ears, and has vision of less than five per cent in her left eye and none in her right, told her Instagram followers that she’s enduring a three-month hospital stay because of ongoing health issues, saying she’s spent ‘more time as a patient than a doctor-to-be’ since being admitted in August.

Ms Adams, who regularly documents her life as a trainee medic living with disability on social media, has seen her hopes of qualifying put on hold while she recovers, saying 2020 has been the toughest of years after she was made homeless during lockdown and also ‘experienced a sudden change to my only remaining vision’.

Alexandra Adams, 26, from Kent, dreams of being a doctor despite being deaf and blind – but has seen her plans blindsided by ill health and being made homeless in 2020 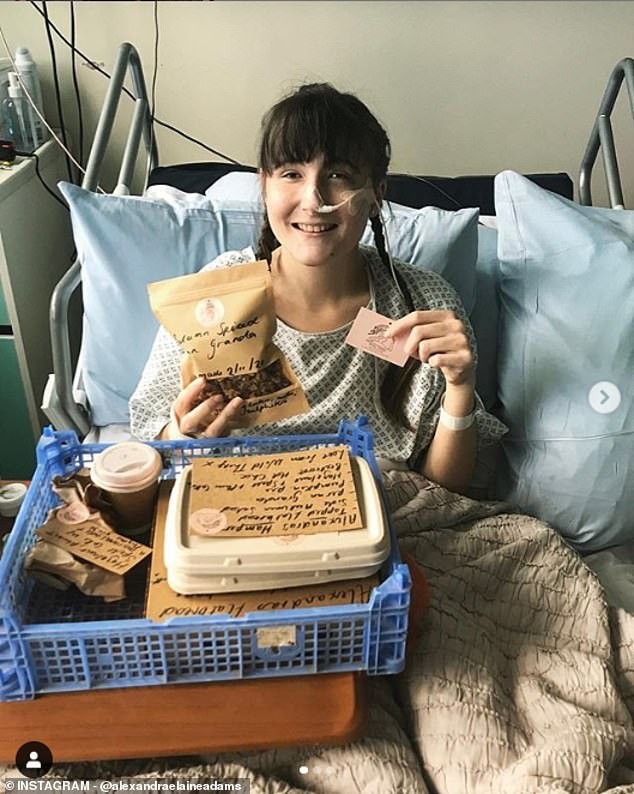 After a tough year, including being made homeless, Adams says she’s ‘spent more time in hospital as a patient than on the wards as a doctor-to-be’

At the height of the first pandemic in July, she told followers how she had been ‘kicked out’ of her accommodation and that because of her ‘shielding, disabilities and a long-term health condition’ she’d struggled to find a place to live that was both suitable and affordable.

She wrote: ‘A few weeks of being acutely poorly and I’ve been kicked out – my family couldn’t come and get me because of lockdown. Getting the right hospital treatment at the right time was also so difficult, given the COVID 19 outbreak and my shielding status.

‘But I’m heartbroken to believe this pandemic has become the short-lived excuse to end my Doctor journey altogether. I feel stunned, betrayed, confused.’

Despite admitting she was hesistant to share her plight, she eventually started a crowdfunding campaign to keep her hopes of continuing her medical school aspirations alive, which has seen her raise £27,000 so far. 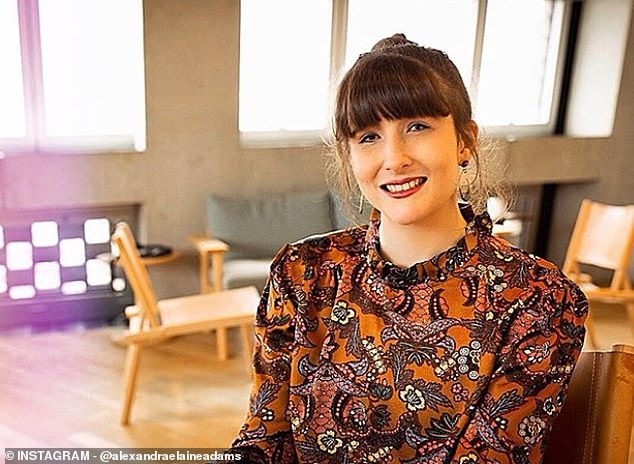 In the middle of the pandemic, Alexandra was asked to leave her accommodation in Cardiff, and says ‘shielding, disabilities and a long-term health condition’ meant the only places suitable to her were beyond her financial reach 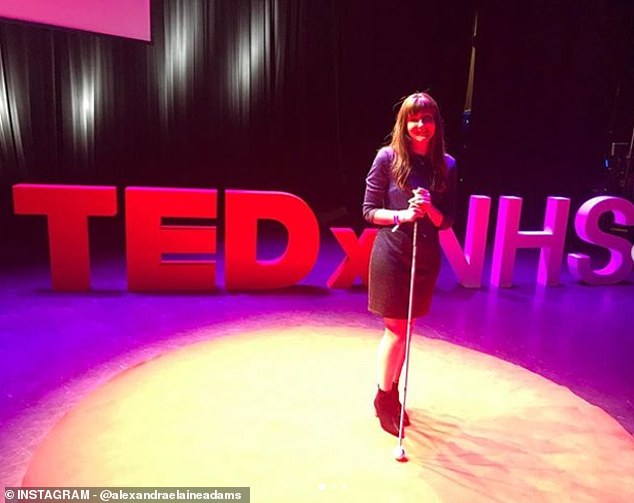 Despite raising over £27,000, fate has intervened and Alexandra has spent the last three months in hospita (Pictured last year during a TedX talk)

She revealed: ‘A LOT has changed in a year. A pandemic came along, my health has plummeted, I’ve spent more time in the hospital bed as a patient than on the wards as a doctor-to-be.

‘I was made homeless during lockdown and experienced a sudden change to my only remaining vision.’

However, Ms Adams says she’s determined to keep her dream alive and fight for better equality and inclusivity in the NHS.

She adds: ‘The one thing that HASN’T changed in all of this is that same determination to become the UK’s 1st deafblind Doctor, no matter how long it takes, what it takes, or where it takes me in between.’ 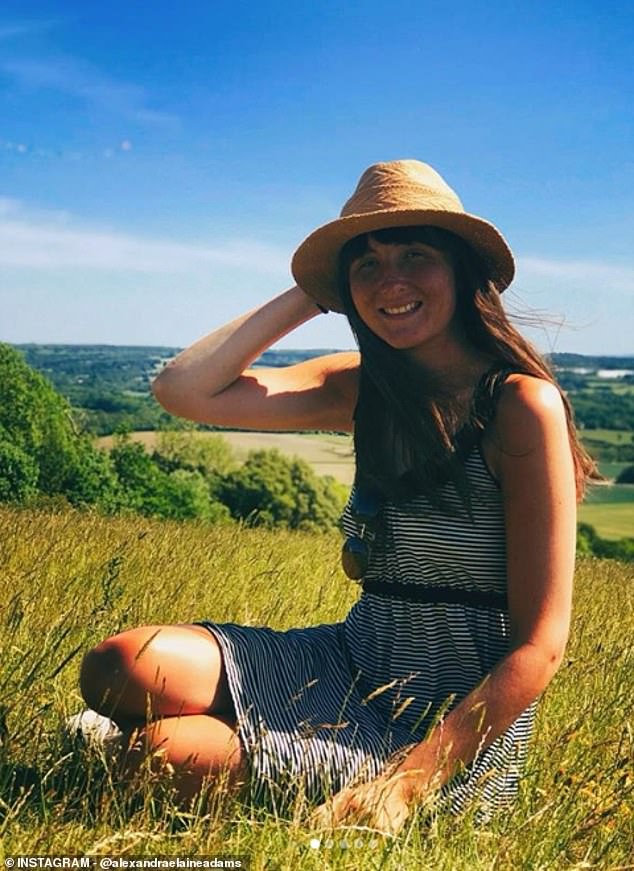 During her training, Alexandra shared with her followers how she relies on touch and also a bluetooth stethoscope that connects to her hearing aids while examining patients.

She said: ‘You can pick up a lot about patients just by listening to them. Patient safety is paramount so if I’m doubting something, or I’m unsure, I always ask someone.’

Ms Adams had been due to represent GB as a swimmer at the 2012 Paralympics, but was hospitalised aged 16 with acid reflux.

She told The Sunday Times that stomach surgery went ‘very wrong’, forcing her to have more than 20 operations and stay in hospital for 18 months.

The experience saw her switch her focus from swimming to medicine – and she duly enrolled to study the subject at Cardiff University.

She says being a patient taught her the value of empathy. ‘I’ve been able to go up to patients who’ve been terrified, and I just draw the curtains and say, ‘I know how you feel’.