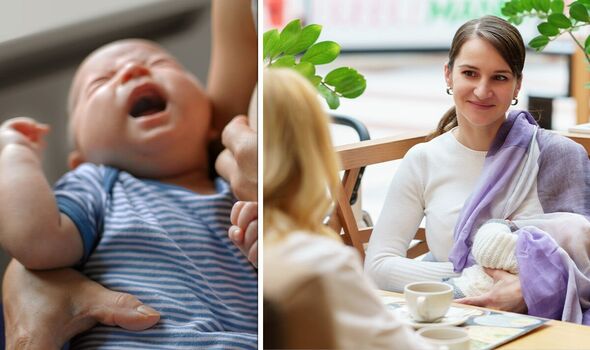 On the social media platform and parenting forum Mumsnet, a mother asked if anyone had ever breastfed someone else’s baby. Many other mothers shared their experiences but many opined that the practice is “a very weird thing to do”.

One woman commented that breastfeeding other people’s babies was “very common” in the past but the thought of it makes her “feel weird”.

Another mother agreed saying that it is a very “weird thing to do” and that they can’t get their head around it.

Others thought that it is something “completely natural”. A woman said: “I wouldn’t mind someone breastfeeding my baby, with my permission of course! And I wouldn’t mind feeding someone else’s little one!”

Another forum user admitted that she has the “very uncontrollable urge” to nurse her friends’ babies when they cry. “Must try and get that urge under control before it takes over!” she joked.

One mother said that she had to breastfeed her friend’s newborn when she was watching the baby at a shopping centre.

The woman explained that when she was having a coffee at a restaurant, her baby and her friend’s child started crying at the same time as they wanted to be fed.

She found “an out-of-way corner with a bench, deployed the privacy blanket, and hooked the babies up”.

The woman continued: “They were chugging away quite happily, and I was happily reading my book and sipping my coffee when two older women passing by saw their four little onesies’ feet poking out on my lap.”

What do you think? Join the debate in the comments section below

The two older women thought that she had twins and asked if they could see them. “Our nosy Nellies recoiled, and ‘Um, oh, um, hmmm…’. That was all they could manage before they tottered off in utter confusion. My friend’s baby was black, mine white,” she said.

Another woman admitted that she breastfed her sister’s baby when he was six months old.

Her sister “was having a well-earned night out” and it worked “really well” as the baby went back to sleep and she had an extra couple of hours of fun.

Another woman explained that she also latched on one of her sister’s twins when they were little just to show her how to do it.

Other members of the parenting forum expressed their concern saying that they would be “absolutely furious” if any individual fed their baby without their consent.

Experts at Verywellfamily advised that women who wish to breastfeed an adopted child, or any other child who is not their own, can definitely do that.

“As long as proper infection precautions are observed, this is an excellent option. The cross-nursing mum should be healthy and well-nourished.

“She should not have any infections, take any medications, and not smoke,” the family site recommended.

Years ago, when there weren’t other ways to feed babies, such as formula, breastfeeding was the only source of food and if “a mother was not able to breastfeed her child, the child would not survive,” Verywellfamily explained.

This is why breastfeeding other children, also known as wet nursing, was very common in the past as it was the only way that women could feed their little ones.

Interestingly, while women would normally nurse children of their own families, others were hired to breastfeed other children.

Nowadays, wet nursing is still a very common practice in many cultures throughout the world, the parenting site noted.