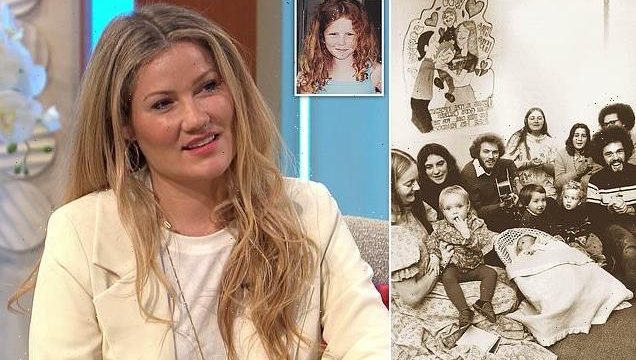 A British woman who was raised on the road with the Children of God cult has warned that religious sects exits ‘on our doorstep’.

Bexy Cameron’s parents joined the cult in 1972 and for a while were the public face of the movement, which ran communes across the world.

Followers were told that they preparing to fight in the last battle between good and evil, with Bexy, 38, being told that she would eventually be able to shoot ‘lasers out her eyes and breathe fire’.

Appearing on Lorraine today, Bexy – who escaped when she was 15 – said while she was ‘kept very separate’ from the rest of the world, the religious sect was running communes in ‘places as innocuous’ as Warwickshire. 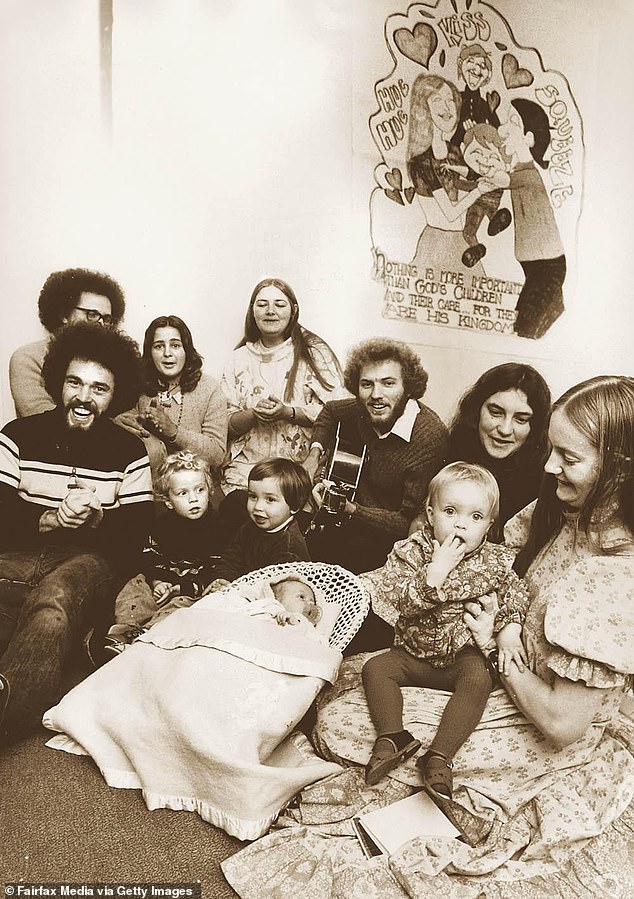 Bexy Cameron’s parents joined the Children of God cult in 1972 and for a while were the public face of the movement, which ran communes across the world – where the filmmaker lived until escaping at 15. Pictured, members of the sect in 1975 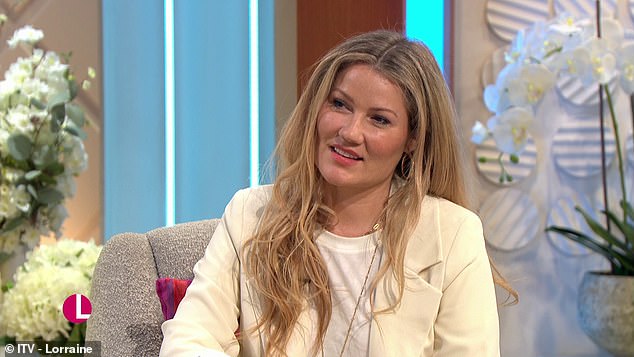 Appearing on Lorraine today, Bexy, 38, said while she was ‘kept very separate’ from the rest of the world, the religious sect were running communes in ‘places as innocuous’ as Warwickshire

‘Another thing people get confused about is when they think of cults that see it as a very American thing,’ she said. ‘While my group came from the US, it was here, it came from over 100 countries.

‘That’s one of the strangest things looking back, these experiences are other worldly in so many ways but they happened in the countryside, on our doorstep.’

The Children Of God was founded and led by a man called David Berg, known to his followers as Father David, Moses David, or simply The King.

Bexy’s father joined after a troubled childhood: he was a heavy drinker by the age of 12. Her mother went to ‘rescue’ him, but joined the sect instead. 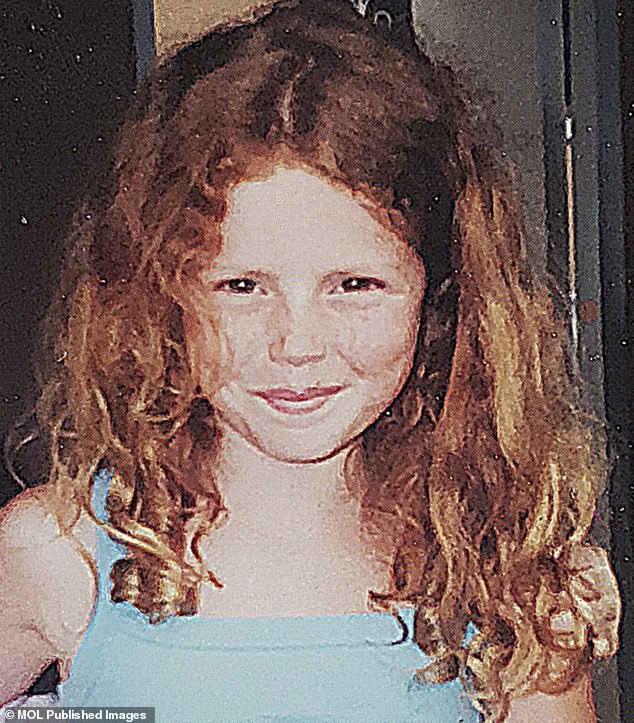 Bexy’s father joined after a troubled childhood: he was a heavy drinker by the age of 12. Her mother went to ‘rescue’ him, but joined the sect instead. Bexy is pictured as a child

Bexy said the group was like a ‘well-oiled machine’, with children being raised as soldiers for Armageddon, and denied pleasures such as television and music to be kept ‘pure’.

‘We were very separate,’ she said. ‘We didn’t have music, television, popular culture. We were being raised as the army for the end time, for Armageddon. They wanted to keep us away from the influence of the world and wanted to keep us pure.’

Bexy said that the cult was ‘a very secret, other worldly experience’, and that parts of its teachings were ‘fantastical’.

‘We raised to believe we were going to be like the X-Men, having lasers coming out of our eyes and breathe fire and being the chosen ones,’ she said.

While travelling around the country the cult would cover up windows with bin liners so members couldn’t tell where they were travelling, and Bex never had any idea of their address. 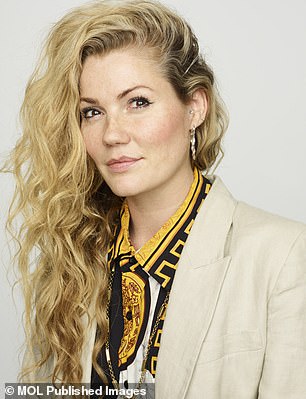 Bexy says that the cult was ‘a very secret, other worldly experience’, and that parts of their teachings were ‘fantastical’

At the age of ten she was caught passing a note to her brother after noticing that one of the cult’s spies were watching him and then lying about it.

She was punished with a year of silence, banned from all contact with other people including physical touching, laughing and eye contact.

‘There are many kids who don’t have rosy upbringings and feel isolation and betrayal and I hope these themes are something to connect to,’ said Bexy

‘The experience of being shunned while you’re within a community, not being able to have eye contact or laugher, any form of communicating was completely banned to me.’

‘Essentially we were part of a rebellion happening amongst teenagers in our group, children, definitely the ones I grew up with had a sense of right and wrong.

‘We knew what was happening wasn’t okay even though we didn’t know what was going on in the outside world, we knew this wasn’t right.’

After noticing that the teens in the cult were starting to rebel against their teachings, younger members of the sect were moved into a seperate camp where they were put through more rigorous forms of discipline and punishment.

She spoke of meeting a friend who was also going through a year of silence and remains her best friend to this day.

‘I think there’s an incredible thing about children – you find your person, partner, soulmate and that is a form of escape whatever surroundings you’re in, it was this wonderful connection,’ said Bexy. 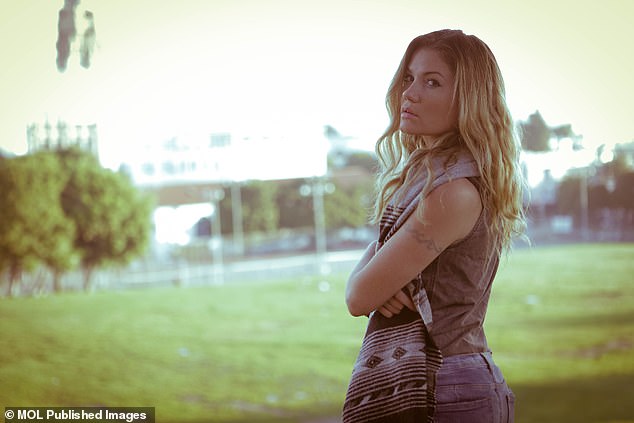 Bexy was expelled from the cult after members discovered her plans to escape, which she had made with a boy she had befriended in a neighbouring town

Bexy was expelled from the cult after members discovered her plans to escape, which she had made with a boy she’d befriended in a neighbouring town.

The cult still exists under the name The Family International after Children of God was abolished in February 1978.

The group said that while it is ‘unfamiliar with the experiences of those who were once members and are not in the position to respond to their narratives, we express our sincere apology to anyone who experienced anything negative or hurtful during their childhood as members of the group.

The Family International has had a zero tolerance policy in place for almost three decades for protection of minors and is opposed to the abuse in any form. They say that they ‘do not give credence to tales of institutionalised abuse’.