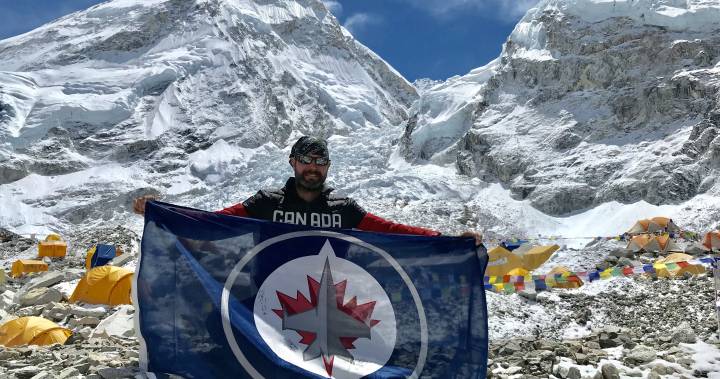 A Winnipeg firefighter fulfilling a lifelong dream of climbing the world’s highest peak is one step closer to his goal – although he likely still has some waiting to do.

Chad Swayze has been updating 680 CJOB on his journey to Nepal, and said he’s currently sitting at base camp of 29,029-foot Mount Everest, waiting for some inclement weather to pass before starting the climb of his life.

“We’ve been at base camp for about 10 days now,” said Swayze, an experienced mountain climber who has already tackled peaks like Kilimanjaro.

“We were expected to head up higher into the mountain behind me, but there’s a cyclone coming off the Bay of Bengal that’s going to hit probably in the next day or so.”

Swayze’s climb is raising funds for the Never Alone Foundation – of which he’s a board member – a Winnipeg charity that focuses on making an impact on the lives of cancer patients.

He’s climbing with an international team, including climbers from Greece, Pakistan, India, China and a few local sherpas.

More information about Swayze’s trip can be found online at the Never Alone Foundation site.