In recent days, the flute has enjoyed a prominence in popular culture that it hasn’t seen since the Pied Piper of Hamelin. This is due to a performance by Lizzo – a much loved rapper, twerker and flutist (Americans are ‘flutists’, Europeans ‘flautists’) – on a 200-year-old flute made of crystal once owned by fourth US president James Madison.

What genius of museum marketing thought to invite her to inspect the Library of Congress collection of some 2000 flutes? Lizzo is offered the 1813 Laurent flute, she plays it and it’s a TikTok sensation quicker than you could whistle Dixie. Which is an apt tune to whistle because many of those who might still enjoy whistling Dixie have been appalled that she was even allowed to touch this sacred relic. 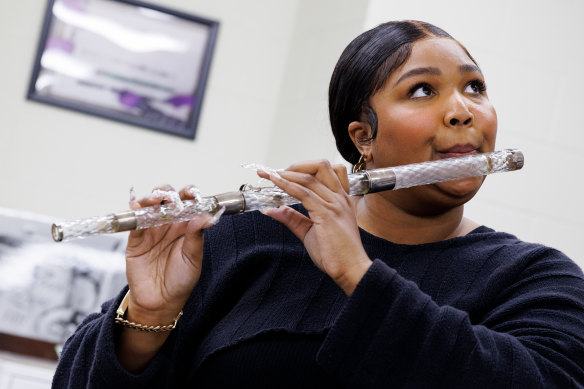 Lizzo has pretty much won that round – have a listen to her playing is really all that’s needed there. She plays an opening theme, The Carnival of Venice, with beautiful tone on what is essentially a glass tube with holes in it, and then knocks off some rapid fire variations, apparently unimpeded by the weight of history or her two-inch acrylic nails.

Like Lizzo, I know what it’s like to be condemned for playing the flute. OK, not quite like Lizzo, I’m a white man after all, but teenage me puckering up to my Yamaha student instrument was an easy target for the scornful.

It was only Jethro Tull that saved me.

Jethro Tull at that point offered a kind literary prog rock and out the front was a man with masses of hair and beard and a flute. As well as playing it in conventional style, he screamed through it, vocalised simultaneously with his flute lines and managed to make it soar over the electric guitars and the Hammond B3.

If I stood on one leg and screwed up my face while playing the licks from Thick as a Brick, I could do a creditable impression of Ian Anderson in full fluting flight. 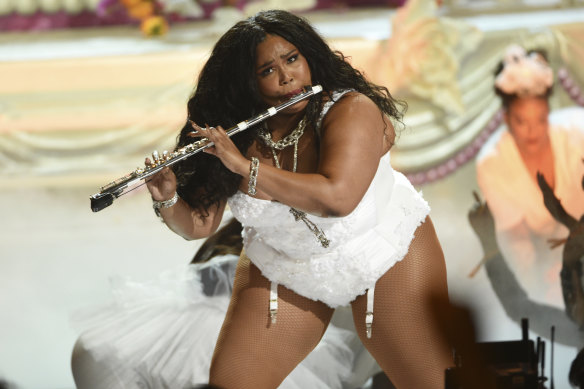 Lizzo playing her regular flute at a performance.Credit:Invision

But really between Jethro and Lizzo, there’s barely a toot. Greg Ham perched in a gum tree and quoted Kookaburra in Men at Work’s Down Under and the result was an unseemly legal quagmire that lasted years.

In Anchor Man, Will Ferrell pulls a flute out of his sleeve and destroys jazz flute for the rest of time. And what they suggest happened this one time at band camp, in the film American Pie, cannot be detailed here in a family broadsheet.

Immediately before Jethro there’s a brief flurry of flutes. Canned Heat take one up the country. Beatles put two flutes at the end of You’ve Got To Hide Your Love Away. Recorders are the first step on the Stairway to Heaven. Any scene in any groovy ’60s movie with beatniks and a bongo had a goateed flutist in the corner.

They have found flutes made of bear bones in Neanderthal graves, buried for 40,000 years but still tootable. That randy old goat Pan could charm any nearby nymph with his flutes. Shakespeare has Hamlet call for flutes as an act of celebration.

But in recent times, nothing. Name the hip-hop hit with a flute riff? The movie or TV theme featuring the most elemental of all woodwinds? The pop song with a flute solo? You can’t. There’s been more banjos.

So for Lizzo, to flaunt the flute as she has from the beginning of her career has taken a particular kind of courage. More than I had. I sought out the more socially acceptable saxophone and eschewed the flute for evermore. A fool and his flute are soon parted.

Lizzo is leading the flute renaissance. Expect to see influteuncers on the scene soon.