Connecting over coffee. Angelina Jolie met with Paul Mescal at a cafe amid rumors that he and Phoebe Bridgers quietly split, but the rendezvous wasn’t as romantic as some fans may have expected.

Angelina, 47, “wanted to meet Paul after she and Shiloh enjoyed watching his play,” a source exclusively reveals in the new issue of Us Weekly, adding that the outing “was a friendly coffee and nothing more than that.”

The Eternals actress wanted to introduce daughter Shiloh, 16, to Mescal, 26. The Ireland native is currently starring in a West End revival of A Streetcar Named Desire. The Tennessee Williams play is on stage at the Almeida Theatre, and the trio got together at the Almeida Café & Bar inside the venue. 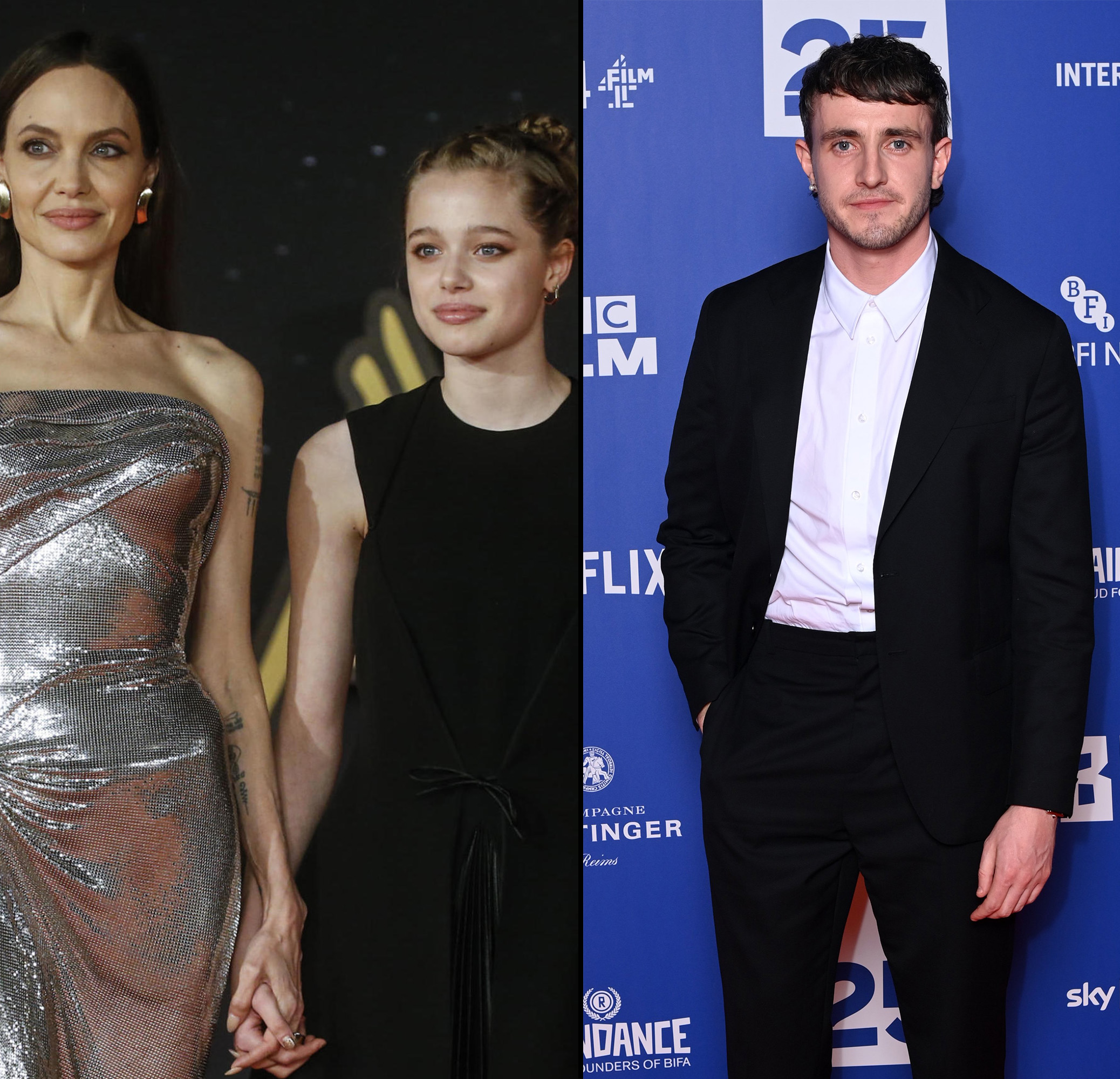 “It wasn’t difficult for her to arrange the meeting. She had her people call his people and it was set up right away,” the insider adds.

Shiloh, whose father is Brad Pitt, “loved hanging with Paul,” the source said.

The teen is “taking a big interest in arts and culture,” per the insider. Outside of enjoying top-tier plays, she’s taken dance classes in Los Angeles for years and was spotted with her mom in the audience at a Måneskin concert in Rome in July 2022.

“Angie’s very encouraging of that,” the source explains. “She wants all the kids to explore their creative sides and hear from talented actors and actresses directly what it’s like to work in the biz, how they got their start and so on and so forth.”

Jolie, for her part, split from Pitt, 59, in September 2016 after more than a decade together. The former couple are also the parents of Maddox, 21, Pax, 19, Zahara, 17, and Knox and Vivienne, 14. The Unbroken director and the Babylon actor, who is currently dating Ines de Ramon, were declared legally single in 2019, but they are still hammering out other details of their divorce.

Despite their messy legal battles, including a feud for their French winery, the parents agree on supporting Shiloh’s interest in the performing arts. Their child made headlines in spring 2022 for viral TikTok videos where she showed off her hip-hop dance routines to songs including “About Damn Time” by Lizzo and “Shivers” by Ed Sheeran.

“Brad and Angie are both very proud,” an insider exclusively told Us at the time. “They’d have no issue if she wants to turn pro, but they’re not pushing it on her by any means.”

For more on Jolie and Mescal’s meeting, watch the video above and pick up the latest issue of Us Weekly, on newsstands now.