It’s a Thursday night in Melbourne, and 3000 people are seated, ready to watch a film at St Kilda’s Palais Theatre. A few years ago, this might not have seemed like a big deal, but these days it certainly is. The convenience of streaming has meant even the most dedicated film buff finds it hard to lift themselves off the lounge, let alone get to the movies. 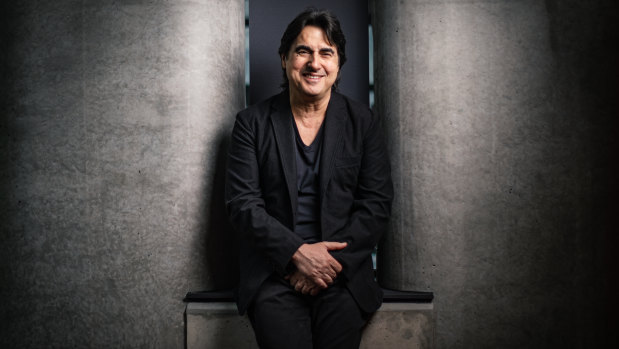 Third time’s a charm? Nick Giannopoulos is back at it again in Wog Boys Forever.Credit:Photo: Scott McNaughton / The Age

But this crowd is out and about, and there’s a buzz among them as whispers spread that the star of the night’s feature has arrived. Given the level of excitement, you could be forgiven for thinking Chris Hemsworth is in the building.

The lights go down, the curtains open and out walks a man who, to this room full of screaming fans, is more of a superhero than Thor: Nick Giannopoulos.

“Three thousand people at the f—ing Palais Theatre, huh? And they said I couldn’t do it,” says Giannopoulos, grinning. “Welcome to the world premiere of Wog Boys Forever!”

For the next two hours, the audience is treated to an experience that’s part stage show, part movie premiere.

Giannopoulos delights his crowd with recollections about being a young Greek-Australian actor auditioning for Neighbours (“There’s a wog boy moving into Ramsay Street”) before inviting the Wog Boys Forever cast on stage for a Q&A before the screening of the film. 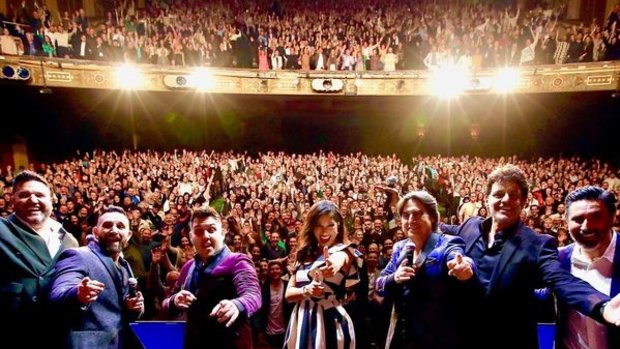 The sold out crowd at Melbourne’s Palais Theatre during the Wog Boys Forever premiere.

As a one-off event, this would be impressive enough but what’s more remarkable is that Giannopoulos will repeat this same process six more times (two more nights at the Palais and four nights at Sydney’s Enmore Theatre).

Before the film is officially released, Wog Boys Forever has already sold thousands of tickets.

The next day, I meet Giannopoulos for lunch to talk about the third instalment in the trilogy after The Wog Boy in 2000 and Wog Boy 2: Kings of Mykonos in 2010, which combined have grossed over $15 million at the Australian box office.

Secretly I was hoping for a taverna but, instead, we settle on a nearby hotel restaurant. 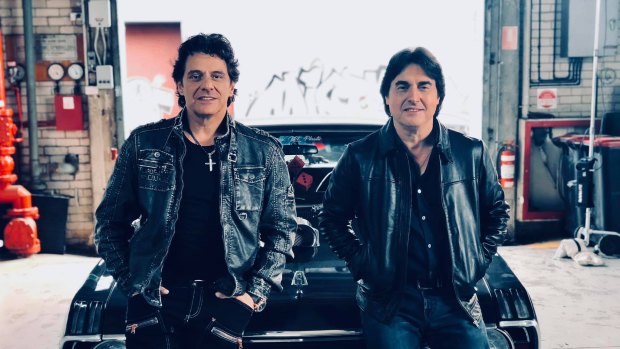 “All the best Greek places in the city are closed now; the only good food is at Mum’s place,” he laughs.

At 59 years old, Giannopoulos is now more man than boy but has lost none of his playful spirit, joking with the wait staff and feigning disappointment when I can’t recall the exact location of my father’s village in Athens: “You millennial Greeks, the absolute worst.”

While critics have long seemed unsure how to digest Giannopoulos’ work, The Wog Boy struck a chord with first and second-generation migrants and the wider community. Audiences voted with their wallets, and the film became an accidental cultural artifact. 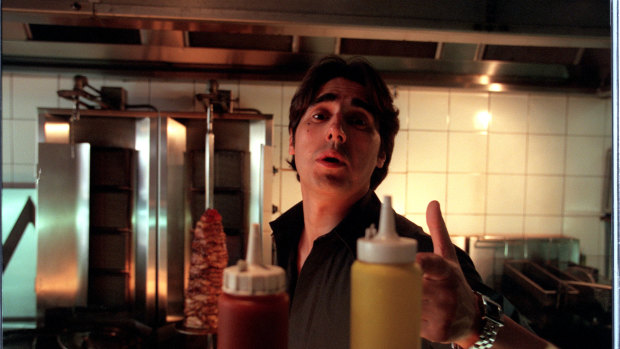 Nick Giannopoulos in The Wog Boy (2000). The first film made over $11 million dollars at the Australian box office.

The Wog Boy remains one of the most successful Australian films of all time, having a more lucrative opening weekend than Crocodile Dundee and taking in more than $11 million at the box office during its time in cinemas.

This makes it all the more curious that when it came to making Wog Boys Forever, Giannopoulos could not secure any funding from either Screen Australia or VicScreen. 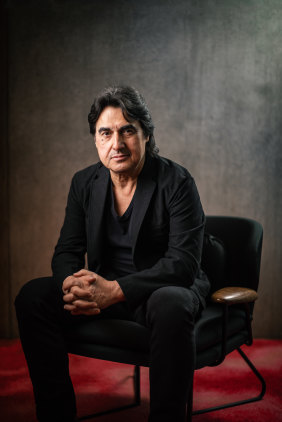 Despite previous commercial success, Giannopoulos claims he was unable to secure funding from Screen Australia.Credit:Photo: Scott McNaughton / The Age

“I approached VicScreen and Screen Australia, and they knocked me back, not a cent,” he says. “I went through the funding process as everybody else does; you sit in front of an assessment panel who basically tell you the film they think you should make.”

Regardless of what you think of Giannopoulos’ style, it’s hard to argue with the figures.

“I’ve got a commercial history of having made over $25 million at the Australian box office; this is the third movie of its type, I know the audience, I know what they want, but sure, you go ahead and tell me what you think it should be.”

Ultimately, Giannopoulos put up $1 million of his own money to get Wog Boys Forever off the ground, but it left a bitter taste in his mouth.

“My whole life, I’ve faced these roadblocks, a bunch of white people telling me who to be, so it sends me right back to my childhood,” he says. “I’m not asking for a ticket to the front of the queue, but no reason, no explanation – you start thinking, they don’t want Wog Boy.”

It remains to be seen how the film will perform when it hits cinemas nationally on October 6, but Giannopoulos’ early attempts at recouping his investment through ticketed fan screenings look promising.

“We’ve sold thousands of pre-release tickets already but ask me if I want to make another Australian film? Not likely.”

There’s no denying the cultural landscape has changed significantly in the 22 years since the first Wog Boy film, but even then, critics took issue with Giannopoulos’ use of stereotypes and politically incorrect jokes. Wog Boys Forever is brimming with the same kind of material, which may be tougher to digest in the harsh light of 2022.

But at the same time it’s hard to imagine a group like Sooshi Mango, who steal the show in the film, would exist had Giannopoulos not blazed a trail.

“I know I’m not everyone’s cup of tea, but where’s the respect?” asks Giannopoulos. “This is a film that created 350 jobs during COVID, shows off Melbourne beautifully and is an Australian film through and through.”

Breaking up with the big screen might seem like a drastic move, but perhaps it opens the door for a return to TV. Giannopoulos created the much-loved sitcom Acropolis Now, which helped introduce him to a national audience and ran for five seasons on Channel 7 between 1989 and1992.

With reboots proving popular in the current landscape, maybe it’s time to go back to where it all began.

“Look, I’m not big on reboots; they’re never as good as the original, and you risk tarnishing what you had,” says Giannopoulos.

Giannopoulos says he likes to look forward, not backwards. But right now, he says with his trademark grin, “I’ve got a movie to sell”.