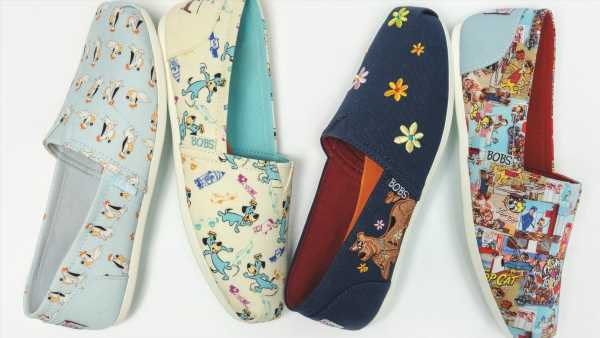 If you’re a big Scooby-Doo fan or you just love animals (so, everyone), there’s a new footwear release that you’ll definitely want to get in on. Seeing as it’s just a click away, where to buy the Sketchers x Warner Bros. collection isn’t the question. Which style you should buy, however, might leave you scratching your head, seeing as they’re all so dang cute. With some styles featuring the mystery solving dog himself and others featuring Droopy Dog, Top Cat, and Southern Huckleberry Hound, the lineup boasts a furry friend for everyone. Ruh-roh, do I feel a shopping spree coming on?

The collection is being released in celebration of 50 years of Scooby-Doo, which is kind of hard to believe. I remember faking sick as a kid just to get to watch hours of cartoons (I lived in a household where we had a strict rule of 30-minutes of television per day), and Scooby-Doo was always on the program. My dad also watched the show as a kid and at this rate, if I have kids they might also get to watch it — impressive for a children’s cartoon, no? A Scooby-Doo movie featuring the voices Zac Efron and Amanda Seyfried is also set to hit theaters in 2020 so yeah, the next year is going to be filled with lots of the spotted pup and his crew.

Okay, back to the shoes. They’re part of Skechers’ BOBS line, which means they have an aesthetic that likely reminds you of your favorite pair of TOMS. Three Scooby-printed styles are available to shop now, while those featuring Droopy Dog, Top Cat, and Southern Huckleberry Hound will be released later this summer. 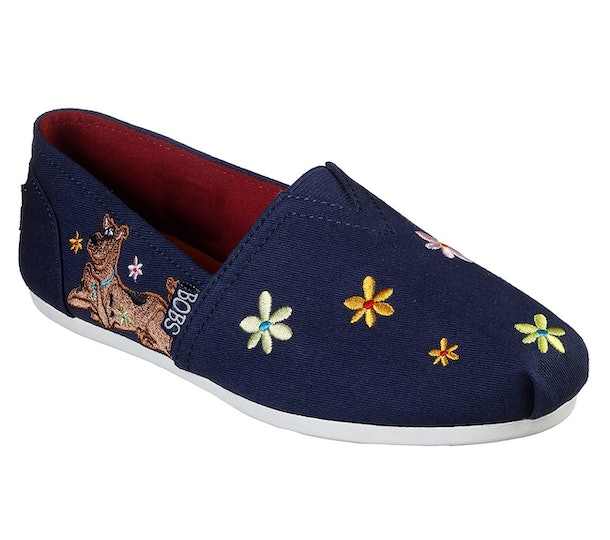 The Scooby Snack style is perfect for summer, featuring an embroidered Scooby-Doo on the side and an array of colorful blooms on the toe. 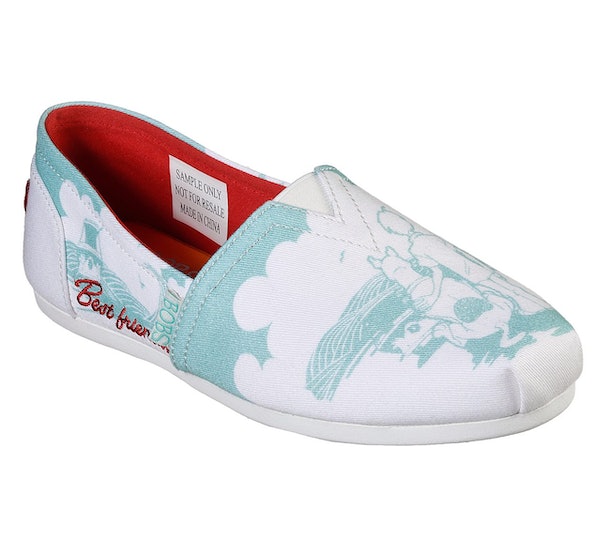 Next up is the Besties style, which comes in a beautiful light blue and white color palette and is reminiscent of classic Hawaiian shirts. Shaggy can be seen with his arm around Scooby on the toe of the shoe, with "Best friends" embroidered along the side in red. 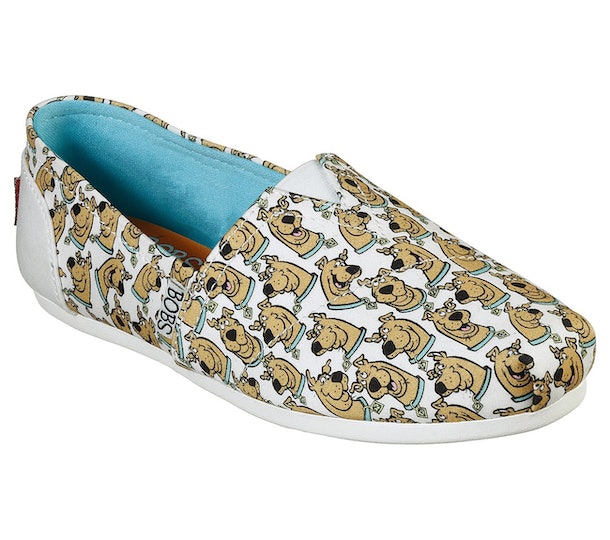 Finally, there’s the Jinkies style. If your views on Scooby align with the whole more is more idea, this is the shoe you’ll want to snag

As if that wasn’t enough, Skechers has been helping shelter pets through the sales of their BOBS line since 2016, and this collection is no different. The brand has partnered with the Petco Foundation for this particular lineup and will be donating 25 cents to the organization for every pair of them sold at Petco stores, petco.com, skechers.com, Skechers stores, and other national retail stores and online shopping sites in the U.S.. So far, Skechers has donated more than $3.4 million dollars to shelter pets via BOBS — why wouldn’t you want to help increase that number?